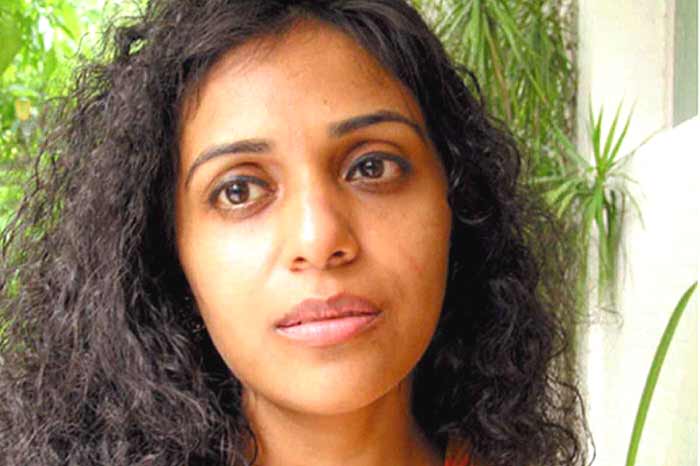 Everyman stories—the ‘truth’ of ‘big men and small men...such minuscule, tiny men that they are not even there, Zero Men’—fill out Bajwa’s much-anticipated second book that takes on the inequities and tensions imploding in contemporary India.

Presenting unravelling relationships and precarious lives, Bajwa wonders what it takes to reckon with the fact that “the world was made up of stories...real ones and imaginary.... They never could make sense. At least, not all of them”. She makes a case for less urban(e) attitudes and less artifice—more compassion—in life as in literature. She also explores how a story can be simple and non-‘literary’, how stories are to be found in even the meanest lives, foolish pleasures—nail paint, new earrings, Filmfare obsession, television dinner on New Year’s Eve, perfectly shaped eyebrows. Ravan, in an interesting inversion, is a leitmotif in this claustrophobic story-world of “...petty passions and small lives and ambitions and malice”. His burning is described thus: “It did not seem like the celebration of good conquering evil. It seemed like the celebration of savagery, of unforgiving cruelty, of harsh judgement”.

There are stories here that deserve telling; if only the ‘voice’ was more persuasive and the narrative less solemn.

However, authorial intent fails to crack the cliches and conundrums of India. This is perhaps because she relies too obviously on paradox and pathos to work out her stories, for one gets verisimilitude rather than insight as a lower middle-class joint family is undone over a matter of rupees that an urban English-speaking clique carelessly social-networks with; one gets case study rather than character as a “ninth pass” beautician from Amritsar bubbles with ingenuous stories while a writer in Delhi, “plunged into the world of writers, artists, critics and journalists of all kinds”, struggles to “...tell a story—as simply and truthfully as she could”.

There are stories here that deserve telling; if only the ‘voice’ was more persuasive and the matter-of-fact narrative less solemn and more self-reflexive. One gets the point, but one hardly empathises, despairing along with Bajwa’s writerly alter ego, “They understand the words but I don’t know if they feel it”.