Yogi To The Marketeer 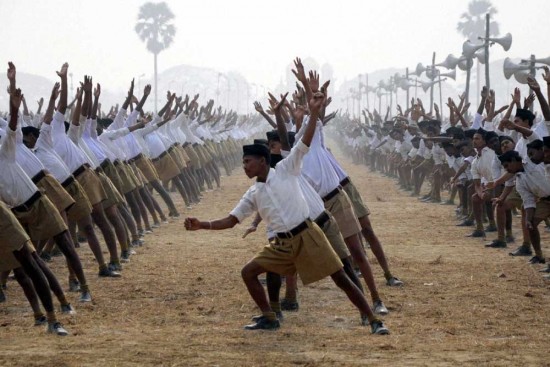 Two weeks after Prime Minister Narendra Modi unveiled his pet programme, Make In India, at Vigyan Bhavan in New Delhi, RSS-affiliate Swadeshi Jagaran Manch (SJM) will sit down to discuss India’s development model with all relevant ‘stakeholders’ in Jaipur. Clearly, Make In India will be put under a magnifying glass—the spe­cial Sangh lens—even as officially the RSS extends a cautious endorsement of the proposed pro-manuacturing push.

Slated to begin on October 11, the birthday of Jan Sangh founder and RSS ideologue Nanaji Deshmukh, the two-day seminar will focus on issues like FDI, India as a manufacturing hub, GM and everything associated with the ‘swadeshi model’. Ironic, one might say, considering it was the Swadeshi Jagaran Manch that had forced the government to do a rethink on field trials of genetically modified (GM) food crops back in July. Again, it was the SJM that raised a hue and cry over FDI a year-and-a-half ago, organising multiple seminars under the banner ‘swa­deshi jam­awarah’ (congregations) on FDI when the UPA was in power.