They’re not sculpted deities, but the Tibetan monk mummies of Himachal are as venerated 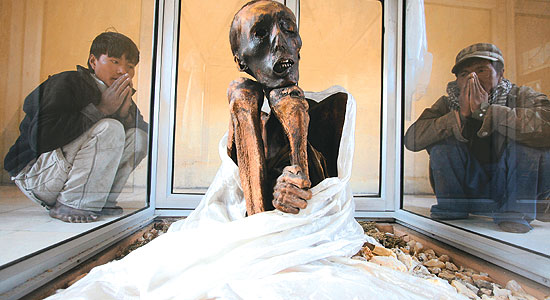 A Guide To The Tibetan Mummy

Mountains are said to hide many a secret in their folds. Few, for instance, know of the ‘Shahrukh Khan’ of Gue village in the Spiti Valley of Himachal Pradesh. Shahrukh is the local police’s affectionate nickname for the village’s star attraction—the mummy of Tibetan monk Sangha Tenzin. The residents of this remote village offer prayers, perform rituals and read scriptures in front of the dead monk, frozen in an eternal squatting pose.