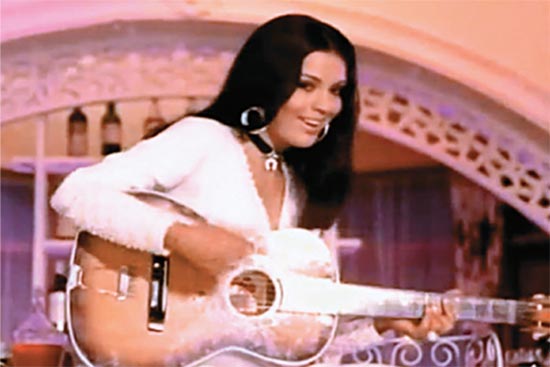 A saga of three brothers which falls just short of three hours is the now iconic Yaadon Ki Baaraat by Nasir Hussain. The cast behind the screen on this archetypal ’70s family drama carries enough punch per pound, from Salim-Javed behind the wheel to R.D. Burman at his best. The soundtrack of this film boasts Yaadon Ki Baarat  Nikli, Chura Liya Hai Tumne Jo Dil Ko and Lekar Hum Deewana Dil, enough to light up a composer’s career. The titular track, which weaves the story together, has taken on a life of its own. The film also has star turns by Dharmendra, Zeenat Aman and Neetu Singh, while Vijay Arora and Tariq Khan del­iver with Hussain at the height of his powers. And at a time when Bolly­wood is constantly looking to its counterparts down south for stylistic inspiration, this 1973 multi-­starrer was remade in three languages, Tamil, Telugu and Malayalam. All other characters were not difficult to replace, except the irrepressible Ajit.