We The People At The Crossroads 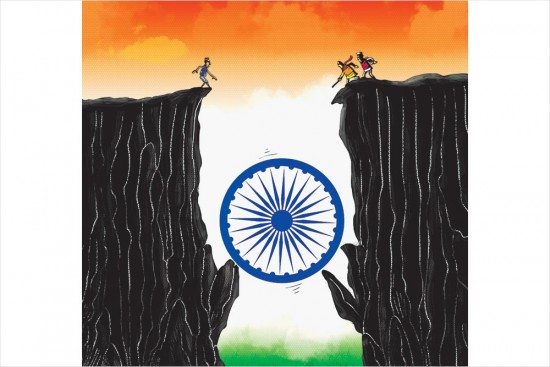 Where the republic will stand at the end of 2019 will substantially depend on the May general elections. We may well be at the crossroads weeks from now. The outcome matters. What the post-poll government makes of its mandate matters just as much. We take it all for granted but in 1947 few thought parliamentary democracy would work in India. Democracy had to strike roots in a country with centuries of monarchy and many layers of privilege and power.

When the constitutional convention of the US was meeting in Philadelphia, Benjamin Franklin was asked if it was to be a republic or a monarchy. He answered: “A republic, if we can keep it.” India was not an emerging power but emerged from a long spell of imperial rule. Battered by war, the famines of Bengal and Travancore (that killed over three million) and the horrors of Partition.

The republic went on to be founded in 1950 in a spring of hope. The first Prime Minister saw the inside of a British jail for nine long years. The home minister had given up a lucrative career to be christened Sardar for his leadership of the peasants of Bardoli. And, to be noted, six of the 14 first ministers were not even from the Congress. The architect of the Constitution was the first Dalit in India to be a graduate, hold a law degree and do a doctorate, Dr B.R. Ambedkar. Shyama Prasad Mukheree and N.C. Chatterjee were of the Hindu Mahasabha.  It was a time to work together for a common cause, not descend to petty wrangling.

Of course, India’s new order had a sound start. Elements of democracy in India may have sprung under imperial aegis. The secret ballot and multi-candidate election, the party system or for that matter merit-based recruitment to the civil service did not have precedents in India’s pre-colonial past. India’s Constituent Assembly believed ‘We the...