‘Structural Problems Must Be Addressed’ 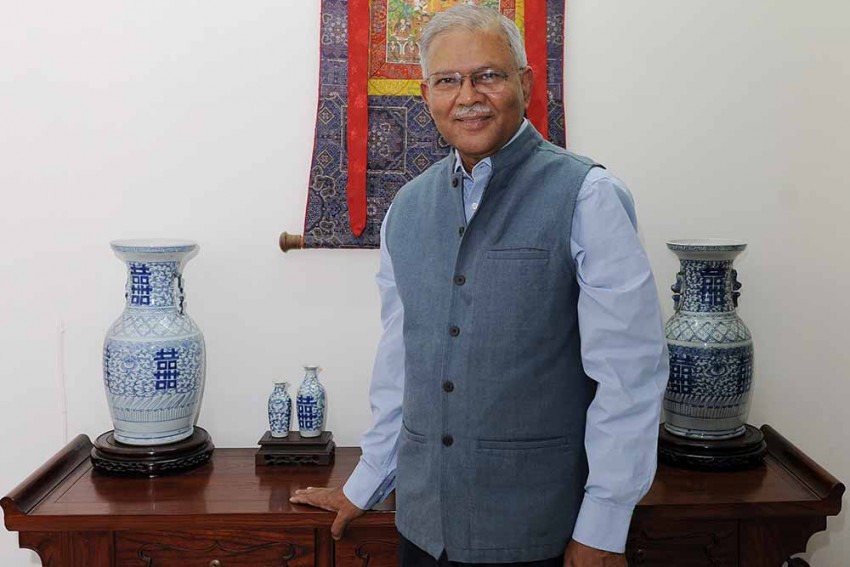 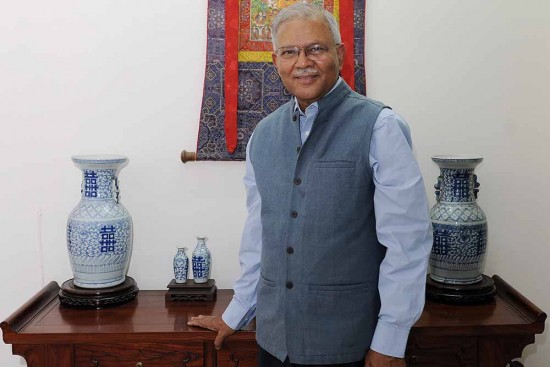 Director of Delhi’s Institute of Chinese Studies Ashok Kantha has been India’s ambassador to Beijing. In the run-up to the second informal summit between Naren­dra Modi and Xi Jinping, Kantha spoke to Pranay Sharma on various issues. Excerpts:

What should India expect from the forthcoming visit of Chinese President Xi Jinping to the country?

The format of the forthcoming summit makes it possible for Prime Minister Narendra Modi and President Xi Jinping to informally discuss issues of mutual interest and concern, without being burdened by a rigid agenda or expectations of concrete deliverables in terms of formal agreements. This meeting will take forward the process of the two leaders remaining personally invested in the management of India-China relations and setting its strategic directions.  As differences have surfaced on issues like Kashmir, boundary question, Sino-Pakistan nexus and trade imbalance, the leaders will possibly seek to dial down divergences and restore greater stability in bilateral relations. It is also desirable to move towards a new or updated strategic framework for dealing with outstanding issues, for managing the simultaneous rise of India and China and their overlapping footprints in the shared periphery. One may also expect initiatives to impart more positives to the relationship, including under the rubric of ‘closer developmental partnership’.

Prime Minister Narendra Modi and President Xi had begun their first informal Summit in Wuhan last year. What impact has it had in the last one year on bilateral relations between the two sides?

The first informal summit at Wuhan involved a conscious effort on part of the two leaders to downplay differences and bring the relationship back on track after a period of stress. The understanding on not letting differences turn into disputes was reiterated. High-level exchanges were resumed. ‘Strategic guidance’ to the two militaries to maintain peace and tranquillity in border areas resulted in the number of stand-off incidents coming down, though there have been reports recently of such situations recurring. While the climate of the relationship improved, structural challenges linked to accumulated bilateral differences and doubts about each other’s strategic intentions remained unaddressed. Not surprisingly, we have again seen strains resurfacing in ties.

President Xi comes here at a time when there is a lot of uncertainty in the world especially in view of Donald Trump’s re-interpretation of US’s role in global affairs. Also there is an ongoing trade war between China and the US. Do they present opportunities for India?

“China’s diplomatic protection to Pakistan on Masood Azhar, NSG, Kashmir...has a downside for India and affects our China policy.”

President Xi’s visit to India is taking place at a time of acute unpredictability and turbulence in the international environment. We are witnessing intensification of strategic contestation, unilateralism, worries linked to regional hotspots and terrorism, and so on. The US-China contention is now structural and is likely to persist. The present situation of flux with the regional and global order in transition presents both challenges and opportunities for India. As China focusses on its escalating rivalry with the USA, it might be more inclined to ensure that its relations with India remain on an even keel. In a sense, we may have more geopolitical space vis-à-vis both China and the USA. At the same time, there will be pressure from both to take sides on specific issues. It will require considerable nimbleness to navigate this complex situation.

But the visit also takes place at a time when China has joined Pakistan’s initiative in embarrassing India at the UN and other international forums over Delhi’s unilateral decision on Kashmir. Will it have any impact on the visit?

Chinese statements and actions, including at the UN, have negatively impacted India-China relations. This issue will be part of the backdrop of the informal summit and is likely to figure in the discussions between Prime Minister Modi and President Xi. However, I believe there is a shared desire not to let this issue get out of hand and affect the relationship beyond a point.

How important is the “Pakistan factor” in Sino-Indian relations? Does it stand in the way of improving bilateral ties between India and China?

The salience of the Pakistan factor has indeed increased in our relations with China. We have seen Sino-Pak linkages getting stronger, with the China Pakistan Economic Corridor emerging as the flagship project of the Belt and Road Initiative, China extending diplomatic protection to Pakistan on issues like Masood Azhar, NSG and now Kashmir, increasing defence supplies and collaboration, and doubling down of China’s strategic investment in Pakistan. All this has a clear downside for India which cannot but influence our China policy. China has not been sensitive to our concerns in this regard. Unfortunately, I don’t see any dilution of China’s ‘commitment’ to Pakistan occurring in the foreseeable future.

China has been talking about “early harvest” on the boundary issue. How will you interpret that and how much of it is really doable?

The Chinese proposal of an ‘early harvest’ in boundary negotiations involves a limited understanding on the Sikkim sector of the India-China boundary. Both sides agree on the basic principle of the boundary being along the highest watershed in this sector, though there are differences on the respective perceptions of the watershed boundary in some pockets as also on the trijunction point with Bhutan. I don’t see these divergent positions being reconciled anytime soon. Moreover, we must adhere to the Agreement on the Political Parameters and Guiding Principles on the Boundary Settlement of April 2005, which calls for a package settlement. We may identify elements of such a package which could include an understanding on the boundary alignment in the Middle and Sikkim sectors as an ‘early harvest’.  This will not be easy to achieve.

Do you see much progress on the economic front that the Xi visit may have in the near future in narrowing the huge trade gap that exists between the two sides favouring China?

India’s large trade deficit with China is unsustainable and is now affecting the broader public discourse on India-China relations and coming in the way of an early conclusion of the RCEP negotiations. There has been some limited progress on Indian products like non-Basmati rice and the trade gap declined marginally last year. However, we need much greater urgency on part of the Chinese side to dismantle non-tariff barriers and afford better market access for Indian products and services which are competitive. Greater Chinese investments in India and closer linkages in production, value and supply chains will also be key parts of the solution. One would expect this issue as also the theme of closer developmental partnership to figure prominently in the upcoming informal summit. There is talk of a new high-level dialogue mechanism being launched to take forward the conversation in this regard. It is important that these negotiations are pursued in a time-bound manner and not allowed to meander.

How do you see Sino-Indian relations in the coming days, will they be stable with scope for improvement or are they likely to deteriorate with possible fresh strains?

I believe that there is a desire on both sides that India-China relations are broadly on track and are also seen to be moving in a positive direction. The fact that Prime Minister Modi and President Xi are personally engaged in handling this important relationship is a big positive. However, we must acknowledge that there are structural problems that are coming in the way of smooth development of bilateral ties. Unless these problems are addressed meaningfully, we will continue to have an up-and-down trajectory in relations. Given outstanding issues and differences over strategic ambitions of the two countries, we are likely to see elements of cooperation and competition as also engagement, hedging and balancing co-existing.   It will remain a major challenge of our foreign policy to manage this complex relationship.