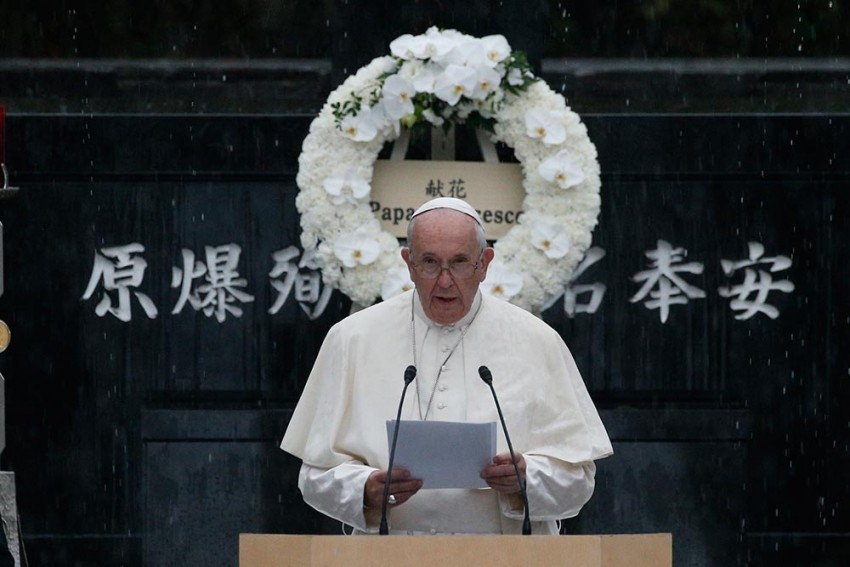 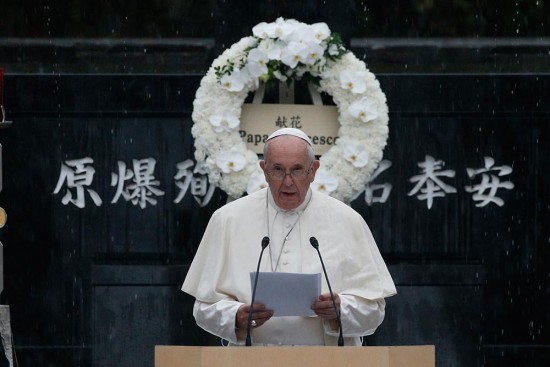 Pope Francis chose Nagasaki’s Atomic Bomb Hypocentre Park to deliver an anti-­­nuclear speech. He urged nations to improve environment, alleviate poverty. “In a world where millions of children…live in inhumane conditions, money squandered, fortunes made through manufact­ure…sale of more destruction weapons, are an affront crying out to heaven,” he said. 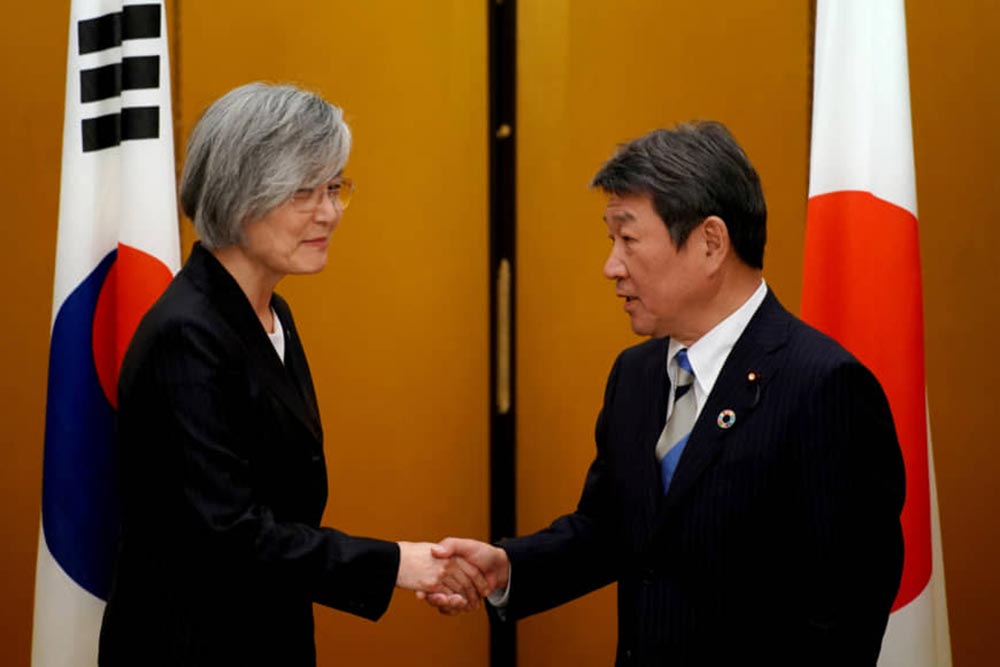 A detente in strained South Korea-Japan relations seems to have begun with Seoul’s announcement to retain the General Security of Military Information Agreement with Tokyo. They are part of the intelligence-sharing pact with the US. But the issue at the heart of strained ties between them—wartime labour—remains far from being resolved. 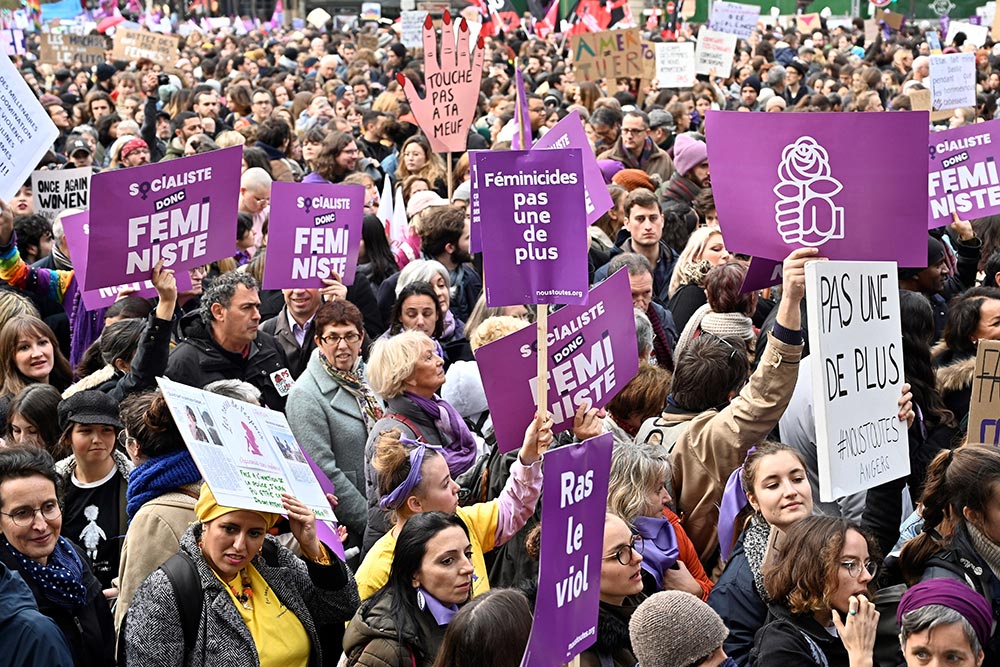 About 30 street marches were organised on November 23 in dozens of French cities to condemn femicide and other forms of gender-based violence. Using the hashtag #NousToutes (All of Us), protesters accused the authorities of turning a blind eye. France has one of the highest rates of murders linked to domestic violence in Western Europe. 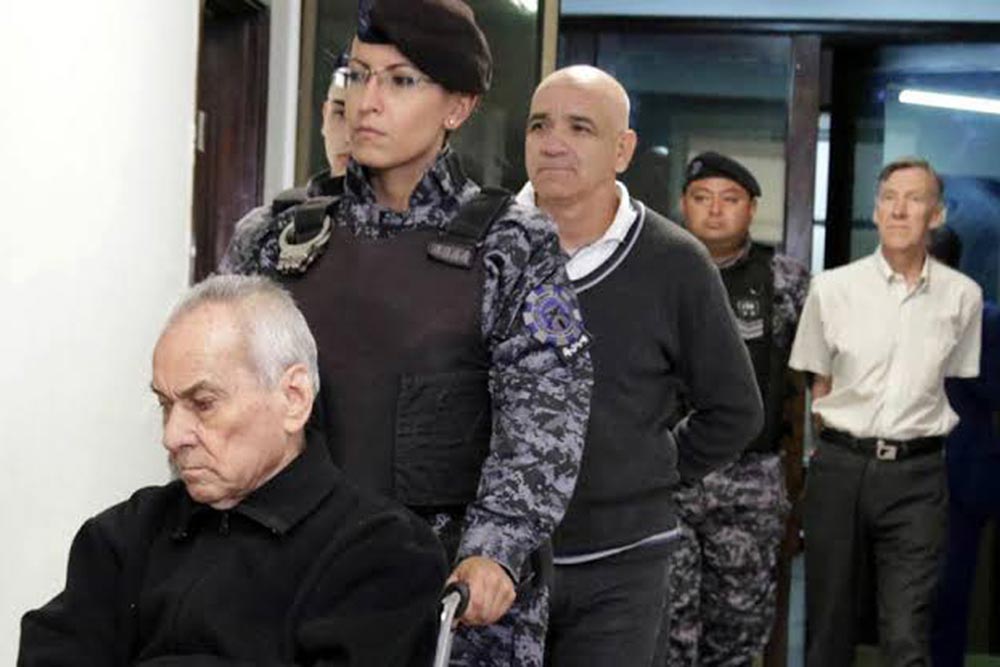 The Catholic Church has faced an avalanche of child sexual abuse acc­usations around the world. The latest such case comes to light from Pope Francis’s homeland, Argentina. A court has sentenced two Roman Catholic priests to more than 40 years in prison for sexually abusing deaf children at a church school. Horacio Corbacho, 59, and Nicola Corradi, 83, as well as a gardener, were found guilty of rape and abuse at the school in Mendoza province from 2004 to 2016. Several victims were in court to see sentence passed on November 25. The case has shocked Argentina, with many accusing the Church of acting too slowly.

The Mendoza court sentenced Argentine priest Corbacho to 45 years in prison. He was found guilty of sexually abusing children at the Instituto Antonio Provolo de Mendoza in Luján de Cuyo. Corradi, an Italian national, was given a 42-year sentence. He was investigated for abuses at the institute’s school in Verona in the 1970s, but was never charged. Some of the victims’ mothers present in the courtroom were seen crying. A crowd of young people cheered the verdicts outside the court. “You have no idea how imp­ortant this is for us, and for the world,” Ariel Lizárraga, father of a victim, told the Washington Post. “These priests raped, abused our children. Our deaf children! Today, the taboo against accusing priests stops here,” he said. 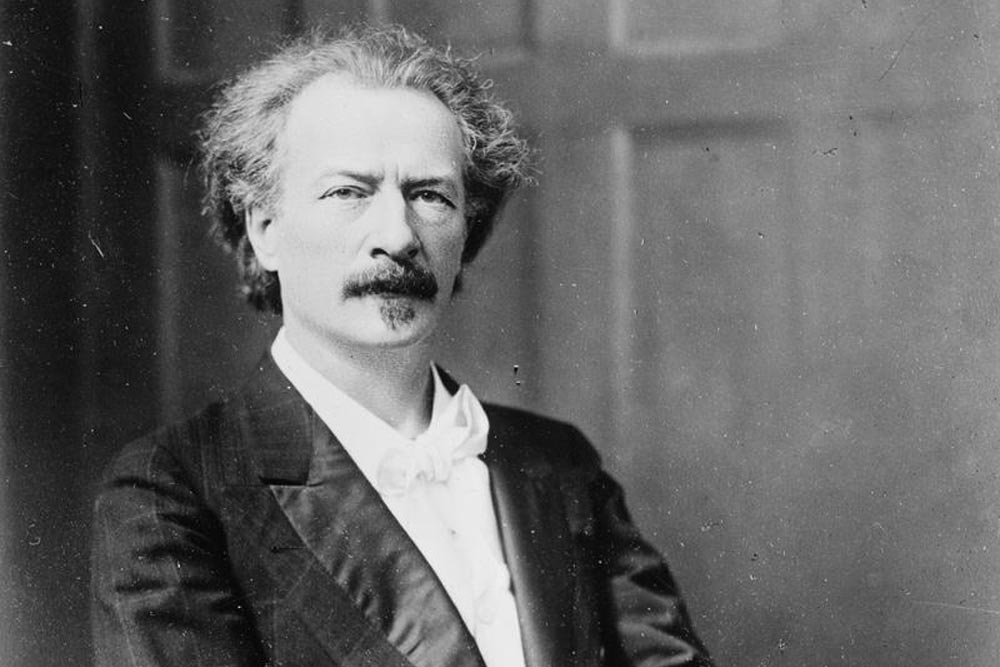 Famous concert pianist and composer Ignacy Jan Paderewski, who bec­ame Poland’s first prime minister, resi­gned in November 1919. Noted for his striking looks and charm and a favourite of concert audiences, his musical fame opened access to diplomacy and the media. As a member of the Polish National Committee during WWI, he became a spokesman for an ind­ependent Poland. Born in the Podolia Gove­rnorate of the Russian Empire, Paderewski graduated from the Warsaw Conservatory and made his concert debut in Vienna in 1887. After ecstatic acclaim in Paris in 1889 and in London in 1890, Paderewski repeated his triumphs on an American tour, later his second home. He met President Wilson to advocate for an independent Poland, which became point 13 among Wilson’s Fourteen Points at the Paris Peace Conference. In 1919 he became premier, representing Poland at the Conference. He was PM and foreign minister for 10 months. Soon thereafter, he left Poland, never to return, resuming his music career.