Not quite. Magufuli was autocratic, yes, and he also pooh-poohed Covid-19 as a satanic ploy. And yet, Tanzania looks back at this maverick with mixed emotions. 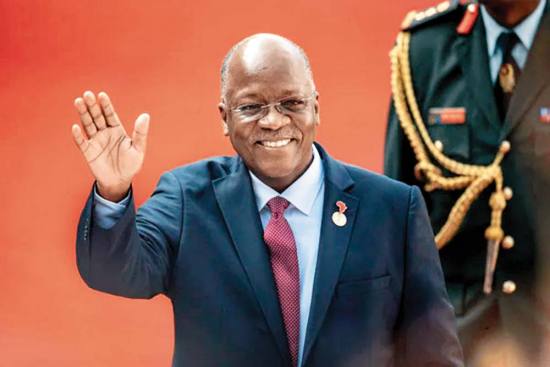 There are ho hum opinions in conversations about who John Pombe Magufuli was and what he meant. There were instances where Western media outlets referred to him as the Donald Trump of Africa. Tanzania’s late president was admired by followers for his hostility to corruption and waste, but regarded by foes as an irascible authoritarian intolerant of dissent and sceptical about COVID-19. He has died aged 61.

Magufuli played down the threat from Covid, saying god and remedies such as steam inhalation would protect Tanzanians. The former chemistry teacher mocked coronavirus tests, denounced vaccines as part of a Western conspiracy to take Africa’s wealth, and opposed mask-wearing and social distancing. He said last year that Tanzania eradicated the disease through three days of national prayer. He dismissed coronavirus test kits because he said they had returned positive results on samples taken from a goat and a pawpaw. He even sent samples from bicycle lubricant, papaya fruit and a quail bird to be tested in his bid to discredit testing. A devout Catholic, he pronounced that “coronavirus is a devil ... and cannot sit in the body of Christ”. He promoted herbs and exercise as remedies.