They Called Him Tricky Dick

How did Richard Nixon decide his foreign policy? Well, banish those theories you learnt. Indians were 'sexless', 'unattractive' and a 'turn-off'...that was that. Yup, you read that right. 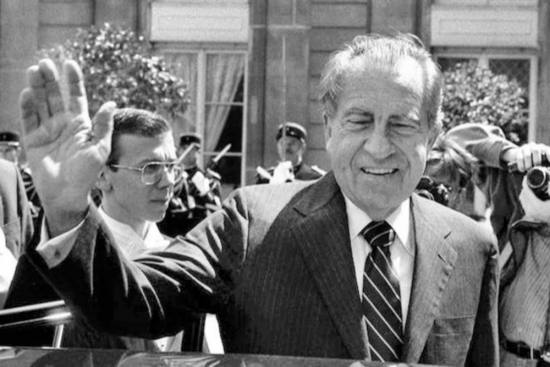 Newly declassified White House tapes disclose former US president Richard Nixon speaking disparagingly about Indians and reveal the bigotry he and his national security adviser Henry Kissinger held that influenced US policy toward India and South Asia. “The full content of these tapes reveal how US policy toward South Asia under Mr. Nixon was influenced by his hatred of, and sexual repulsion toward, Indians,” Gary Bass, author of The Blood Telegram: Nixon, Kissinger and a Forgotten Genocide and professor at Princeton, wrote in The New York Times. The tapes reveal a “stunning” conversation between Nixon, Kissinger and White House chief of staff H.R. Haldeman in the Oval Office in June 1971, in which Nixon asserts that Indian women are “undoubtedly the most unattractive women in the world”. Nixon also calls Indians “most sexless”, “nothing” and “pathetic”. “On November 4, 1971, during a break from a contentious summit with PM Indira Gandhi the president harangued Kissinger about his sexual disgust at Indians,” Bass writes. Said Nixon: “To me, they turn me off. How the hell do they turn other people on, Henry? Tell me.” While Kissinger’s response is inaudible, “it did not discourage the president from his theme”.

Bass writes that while Kissinger has portrayed himself as being above the racism of the Nixon White House, the tapes show “him joining in the bigotry….” For instance, on June 3, 1971, Kissinger was “indignant” that India sheltered millions of Bengali refugees fleeing the Pakistan Army’s genocide in East Pakistan. Kissinger blamed Indians for causing the refugee flow and then said, “They are a scavenging people.” In fact, Chinese premier Zhou Enlai—no lover of India—was taken aback by Kissinger’s viciousness towards India during a meeting in Beijing in 1971. At one point, Kissinger had said Indians’ “great skill is to suck up to people in key positions”. Bass says that Nixon and Kissinger had “staunchly supported” the military regime in Pakistan as it killed hundreds of thousands of Bengalis, with 10 million refugees fleeing into India.