As Black protests raged after another police shooting, what did Trump offer? The use of White House itself for politics, and other signs of a cavalier nature. 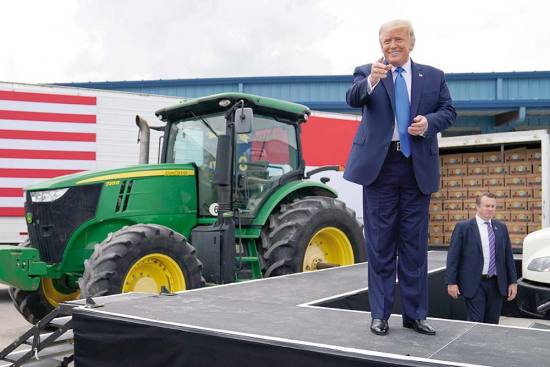 Plenty of US presidents have ambled up to the line separating official business from politics—or even stepped over it. Donald Trump has blown past it with a bulldozer, and his planned Republican convention speech from the White House lawn might be the most blatant example yet. Down in the polls and facing the headwinds of a coronavirus-battered economy, Trump made the case that the White House is the easiest location for the secret service and law enforcement to secure for his acceptance (of nomination) speech, after Republicans were forced to scale back their convention because of the pandemic.

Left unsaid was that the executive mansion offers Trump a grand setting as he attempts to persuade voters to stick with him. “What makes this particularly galling is that the president owns a hotel four blocks away from the White House that he’s shown no qualms about profiting from over the course of his presidency,” said Donald Sherman, deputy director of Citizens for Responsibility and Ethics.