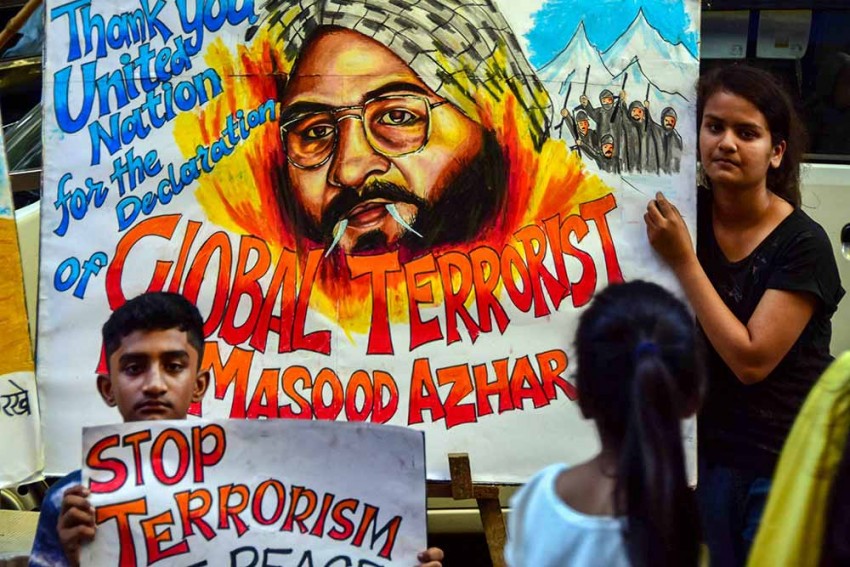 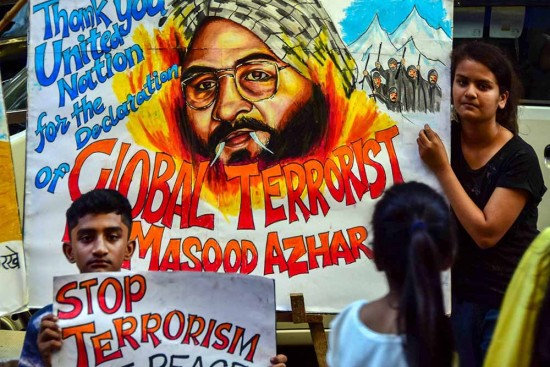 International negotiations can be said to have a perfect conclusion when all parties walk back from the talks table with demonstrable gains. The UN Security Council’s listing of Masood Azhar as a ‘global terrorist’ earlier this month exemplifies how successful negotiations can work.

The decision of the council members was based on consideration of bilateral, regional and international issues. Irr­espective of their ties with Pakistan, none of the 15 members wanted to push the diplomatic envelope any further than what could damage their own international standings, especially vis-a-vis their resolve to fight global terrorism.

Other factors could also have played a role in building the consensus on Mas­ood Azhar, the founder of the Pakistan-based terrorist organisation Jaish-­­e-Mohammed. The JeM had claimed responsibility for the February 2019 Pulwama suicide bombing that killed 40 CRPF jawans and brought India and Pakistan to the brink of a war. That is a scenario that most UNSC members, along with the larger international community, were desperate to avoid. Having issued a strong statement on the Pulwama attack, it became difficult for them not to take further action on Azhar.

For most nations, India is not only the largest democracy and the seat of an ancient civilisation, it is, potentially, a huge market and investment destination. In a world chafing under US Presi­dent Donald Trump’s protectionist policies to cosset American business interest, there has to be good reason to opt for Pakistan over India.

Perhaps all these factors were most relevant for China, a veto-wielding permanent member of the UNSC and Pakistan’s staunchest ally. China had for almost a decade thwarted all att­empts to declare Azhar a ‘global terrorist’; it now realised its stand was turning public mood in India against it and could jeopardise Sino-Indian relations. In the cost-benefit analysis, experts say, China finally decided not to break ranks with the rest of the members in the 15-member UNSC.

Interestingly, though JeM was banned by the UN, Azhar had until now not been a proscribed terrorist. All these years Indian diplomats were trying hard to convince UNSC members to remove this dubious dichotomy, but all their attempts were thwarted by China. With its power to veto any move that goes against their interest, Beijing was keen to ensure its ally Pakistan did not get isolated internationally, and this may have been the reason why it blocked Azhar’s listing. 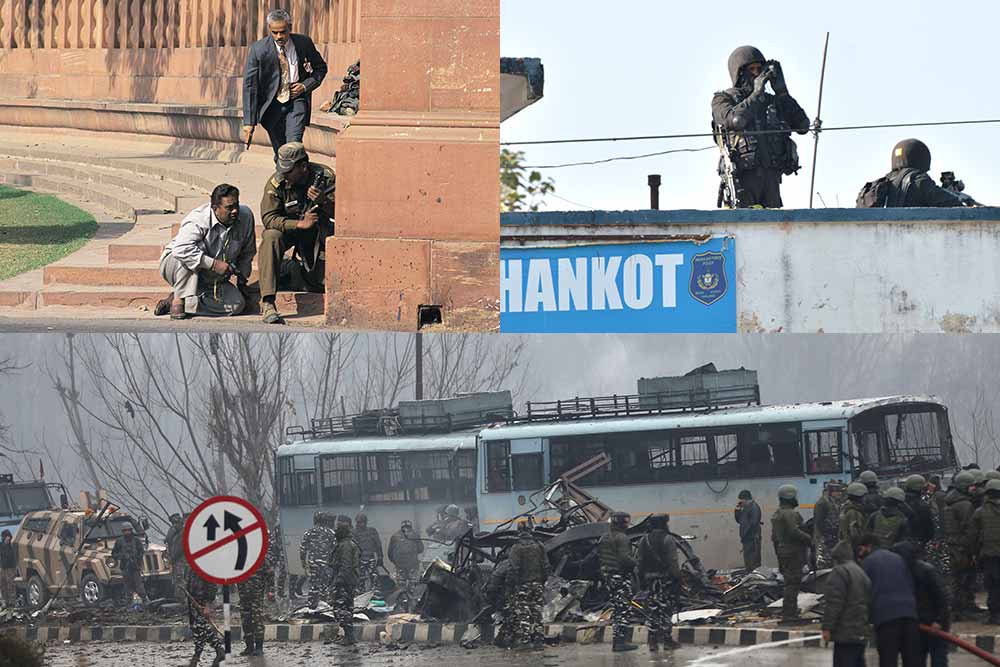 But on May 1, when the Council’s 1267 Al Qaeda/Daesh Sanctions committee decided to include Azhar on its list of global terrorists, China did not try to prevent the move. Apart from the US, France and the UK, the move against Azhar also had the support of all 15 members of the UNSC, including the two Muslim countries, Indonesia and Kuwait.

This significant diplomatic victory for India came in the middle of a hotly contested campaign for the ongoing parliamentary polls, and was a big boost for the ruling BJP.

However, a new set of negotiations have begun among key international players on how the Financial Action Task Force (FATF)—a body that scrutinises and combats money-laundering and terror-financing—will now deal with Pakis­tan. The country is on the task force’s ‘grey list’ (China, interestingly, is vice president of the body). If FATF members in their plenary session in June in the US are not satisfied with the action taken by Pakistan against Azhar, it may be put on its dreaded ‘black list’—a prospect dire for Pakistan and its sputtering economy, for the dubious elevation would drive potential foreign investors away.

The UNSC listing of Azhar involves a barrage of sanctions on him—freezing his bank accounts and all financial ass­ets, a travel ban that prevents him from travelling outside Pakistan and preventing all arms sales or cooperation with him. It is Pakistan’s duty to take action against Azhar to demonstrate sincerity in its fight against global terrorism, especially on outfits that operate from its soil or take refuge there.

Under the weight of international scrutiny, Pakistan has announced a number of measures against Masood Azhar. Some days back, the Security and Exchange Commission of Pakistan ord­ered all non-banking financial insti­tutions and regulating authorities to block investment accounts of Azhar. The SECP ordered all companies to scan their data and inform it within three days about action taken on Azhar’s accounts. The terror master­mind is barred from carrying any weapons. Whether this has improved Pakistan’s international standing is a matter of debate. Undoubtedly though, much of this is being done with an eye on next month’s FATF meeting.

“We hope to be taken off the grey list after all the action the government has taken against Masood Azhar,” a senior Pakistani diplomat in New Delhi said.

Action against the JeM chief, according to some observers, also brightens the possibility of a resumption of the stalled India-Pakistan dialogue. Also in June is the Shanghai Cooperation Organisation (SCO) Summit in Bishkek, where the Indian premier and his Pakistani counterpart are scheduled to meet. Whether that meeting will be limited to exchanging pleasantries or laying the groundwork for a more substantial engagement is also open to speculation. But this has not stopped optimists from hoping that since the Lok Sabha elections will be over by then, the newly-elected Indian prime minister will be keener to engage rather than stay away from Pakistan.

However, sceptics point out that contrary to the rising belief in New Delhi and elsewhere, Masood Azhar may well become Pakistan’s ‘showpiece’, emp­loyed to ward off further punitive action on the terrorism front.

The Indian establishment is keen that pressure on Pakistan from major world powers doesn’t relent, so that it is forced to dismantle its terror infrastructure. However, in Pakistan’s cutthroat assessment, Azhar is a ‘dying asset’. There have been several reports in Pakistan that suggests he is seriously ill. Whether he floats a new outfit and morphs into a new role (like other Pakistan-based terrorists), it is clear that he is no longer in a position to launch a global jehad.

It’s true that the mastermind of Pathankot, Uri, Pulwama and the 2001 Parliament attacks has become the face of Pakistani terrorism. Therefore, if Pakistan manages to seriously implement the UN sanctions on Azhar, it can claim that it is serious in fighting terrorism. Though India is likely to keep up the pressure on Pakistan and seek to convince others of the very real danger of its going back to the time-honoured policy of using terror against India, Pakistan, for now, certainly has a good hand that displays the JeM founder.

It is here that China’s role will be keenly watched. Two years ago, it had agreed to put Pakistan on the grey list because India and others agreed to support it for the vice chair’s post in the FATF.

Whether or not the international heavyweights who had rallied with India on the Azhar issue at the UN will continue to turn on the screws on Pakistan will be known at the next FATF meeting.

Azhar’s UN listing has certainly smoo­thened the road for India-Pakis­tan talks, where an inch gained looks like a mile. Whether it’s Narendra Modi or someone else who becomes the new PM, a fresh start in ties is likely on the cards.

Bucking The Trend: Diesel Cars May Go Up In Smoke But How Will That Curb Pollution?