Instead of hitting out wildly, the Modi regime should have reacted cannily to criticism on social media—platforms it has used to its own, immense benefit 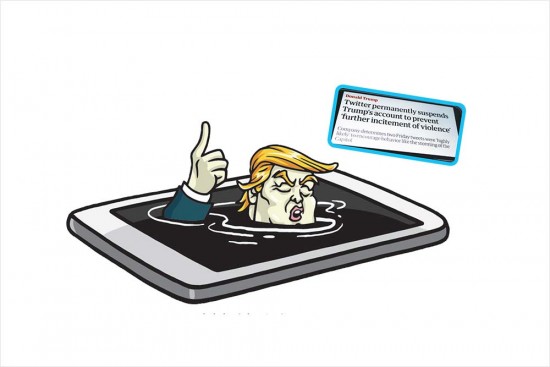 How does global politics—and its well-manicured handmaiden, diplomacy—go with the risky, addictive charms of social media? Well, politics could hardly resist the easy temptation. After all, here was a readymade weapon of mass delusion, available on the cheap. But the blind date is turning out to be a stormy one. First, politicians played the game; now the game has started playing them. Former US President Donald Trump was, in a sense, the first one to really split the atom. Breaking the genteel protocols of traditional diplomatese, he pretty much turned American politics on its head—maybe even global politics—when he took to Twitter. An unimpressive speaker who often found it difficult to craft a well-formed sentence like the old masters, and with an erratic, non-conformist persona, he found a natural playing field in that rough and tumble. So whether to announce his plans to wall up Mexico, to chastise China, heckle European leaders and Canadian premier Justin Trudeau, or praise Vladimir Putin and North Korean dictator Kim Jong-Un, we all heard about it first via Jack Dorsey’s little jukebox.

Not that social media was not used before him. It was Barack Obama who first ploughed that field. Soon, leaders and nations realised the potential of social media. Official handles sprouted; India was no laggard. But there was a problem. Social media, by its nature, had a public interface—and everybody had an opinion. Rather, everyone was opinionated. It was to this wilder side that Trump moved, turning unexpurgated expression into a potent diplomatic weapon. But it’s one vast, live, ticking minefield out there. As India realised last week.

There are those who believe the...