Moscow has become the melting pot of the world, a sliced diagonal cross section of humanity: a first-person account of a football aficionado currently witnessing the World Cup in Russia. 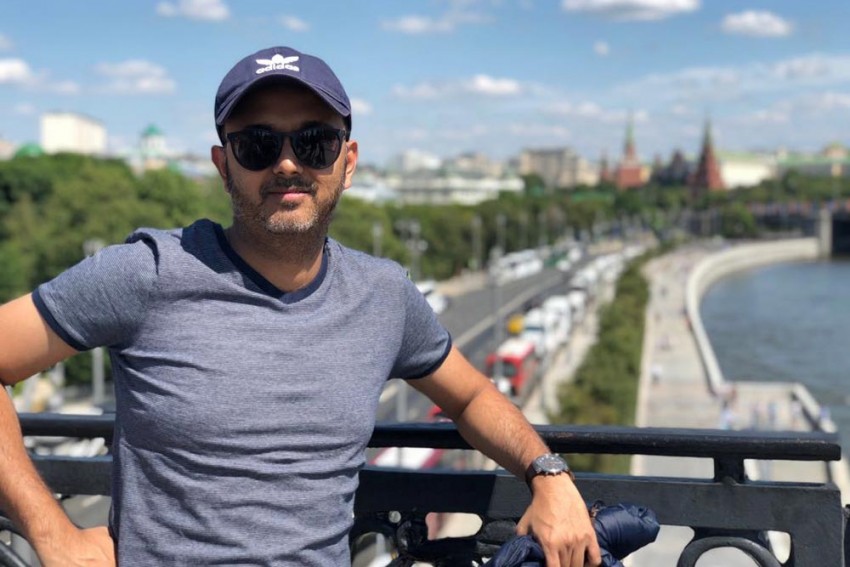 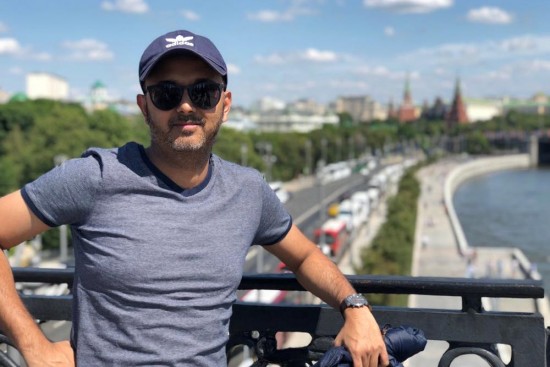 Not known to many, Russia has always loved football, and behind the grim structures of the Soviet style housing blocks, lies a culture of street soccer, or ‘Korobka’. Some of my earlier walks through Moscow have taken me to these courtyards, where encapsulated amongst colourful graffiti, on cracked concrete pitches, both young and old play football. As I land into Sheremetyevo and exit the terminal into the fresh familiar cold arctic air, Roberto Carlos’s famous curling free kick against France hits me on my face. I look up to observe a gargantuan Hyundai advertisement endorsing the World Cup in Russia. Telstra 18 (the official ball for the cup) screams out to me—the blood of the Korobka has been spilled generously onto the streets of my favourite city. My pulse races with excitement, the next few weeks are going to be a celebration of the world’s biggest game in the world’s largest country.

Portugal is my ‘doosra country’ and today we go to battle against the Atlas Lions of Africa, Morocco. The setting could not have been better, the Luznikhi arena in Moscow with a crowd capacity of 81,000. History hangs heavy for Portugal’s talisman: Christiano Ronaldo. We remember him a decade back in the same venue, playing for Manchester United and missing his spot kick in the Champions League final against Chelsea. Redemption has a chance, he is back to grace the same turf in a must win game. The atmosphere is just electric today as we walk to the stadium to find our pavilion. In the warm summer Moscow morning, it is an endless sea of red, with flashes of green streaking across the horizon, both Portugal and Morocco fans draped in their national colours, ironically, much the same for both countries. Moroccan fans are just everywhere, hugely outnumbering the Portugese. At this point you know for sure that African football has arrived. Strangely, Russia is also not left behind amidst this party, the Russian flags draped on the most beautiful of women, pass you by and the familiar chants of ‘Raassia-Raaasia’ catch your ear from time to time. Cheerful world cup volunteers are everywhere—students from Moscow helping fans with huge smiles and high fives, contrasting strangely with the more solemn faced Russian security forces. 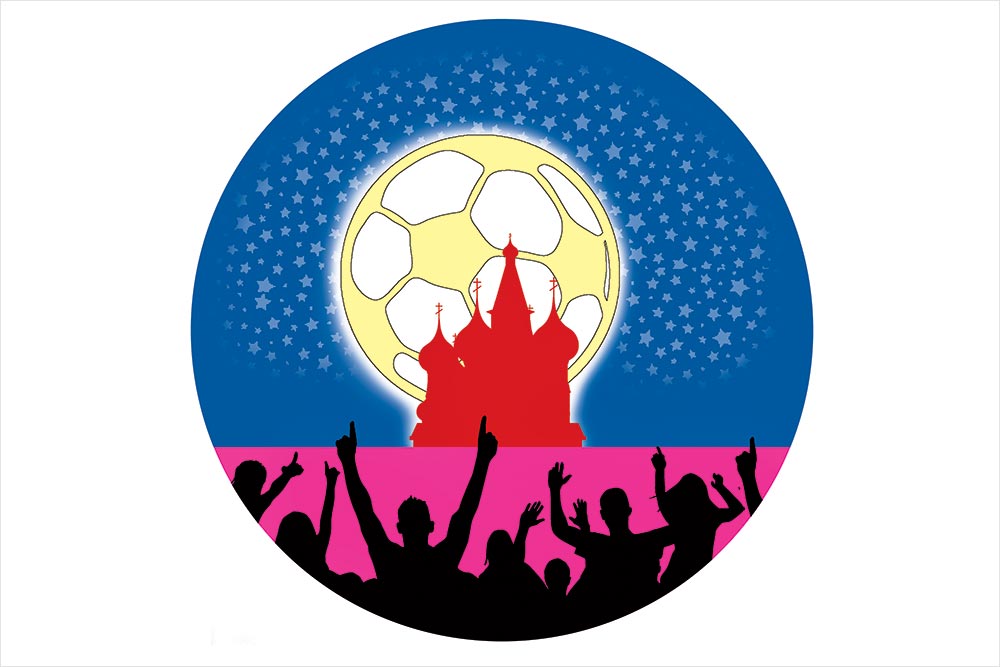 Illustration by Sajith Kumar
A Rainbow In Red Square

Privyet, it is late evening in Moscow and there is a river flowing through the Red Square, or is it a sea (of football fans). I am sitting in an island of calm amidst this current, enjoying sweet crab from Kamchatka and Crimean wine in one of my favourite restaurants and chatting with my Russian friends. This isn’t Moscow, I muse to myself, it looks more like Nanjing street in Shanghai, on New Year’s eve, or maybe it’s just the wine. The din is enormous, the buzzing of the Vuvuzelas continuous, but it is music nonetheless, orchestrated by thousands of football fans from around the globe walking along the cobbled streets of the Bolsheviks’ holy grail. Tonight, Moscow has become the melting pot of the world, a sliced diagonal cross section of humanity—races from South America, Europe, Asia and Africa mix together in this palate with ease. At a distance, Lenins mausoleum is silent and brooding in the growing darkness, the world has finally come to him through football.

Brazilian football has lately been like a soprano’s tenor, falling and rising with wins and unexpected losses. But we, a community from the east of India, strangely loyal to the Brazilian way of football, find it hard to let go of its enduring legacy. So today, as a testimony to this faith, we are in Saint Petersburg to watch Brazil dance the samba against the Costa Ricans.

As the sun never sets over the Neva river, the city comes to life, in peculiar contrasts, its effervescent luxurious European architecture hiding behind its thick walls—the story of the most horrifying siege of the city by the Germans during World War II. Today, the cultural capital of Russia is again under siege, but from Brazilian fans who are having street parties in every part of it. Only, this time the city warmly opens its arms to thousands of these Latin American invaders, pouring through like the waters of the Neva.

The Krestovsky football stadium in Saint Petersburg somehow reminds me of the Soviet space programs of the 50’s and 60’s with its Sputnik style architecture. I realise only later that it is meant to do so, having been designed under Kisho Kurokawa’s award winning spaceship theme. I enter the pressurised chambers of this UFO and we are instantly transported to a different universe where the gods of football are making magic. Suddenly, there is a time gap in my memory, 90-minutes regulation time is over, the game is nearly done and suddenly, in unique style, both Coutinho and Neymar score in succession—Brazilian samba sounds roar in staccato style.

(The author, a frequent traveller to ­Russia, is ­currently witnessing the World Cup)