'Work Allocation... It's On Whims And Fancies'

The CIC on the various problems faced in the implementation of the RTI Act. 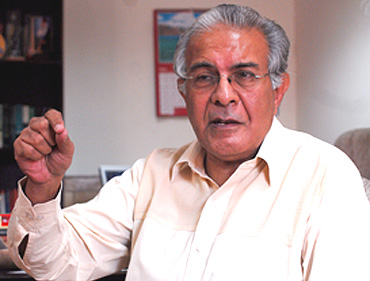 outlookindia.com
-0001-11-30T00:00:00+0553
Chief Information Commissioner Wajahat Habibullah spoke to Outlook on the various problems faced in the implementation of the RTI Act. Excerpts:

What has been the impact of RTI?

Our government is very cloistered and it has inherited the legacy of a colonial state. But when it comes to the RTI we are now at the forefront...we are at a stage where we are defining the boundaries of information. But we are grappling with what can be shared and who can be defined as a public authority.

But isn't the appointment of former bureaucrats as information commissioners a stumbling block for the success of RTI?

It is a matter of opinion. Bureaucrats know how and where the information is stored and, therefore, they can seek it. The experience is varied between different commissioners. They are not identical as in what they bring on board when they examine cases.

But isn't it unethical to have former department of personnel and training (DoPT) secretaries to come in as information commissioners... almost as if they have appointed themselves ?

It is not unethical but it could have been better. In the initial stages of the implementation of the Act, it is officials like them who know how information is stored and how documents can be accessed.

Then why has there been such a low imposition of penalties?

I feel lots of penalties have been imposed. But our impression is that penalties are not a deterrence to bureaucrats. We have imposed the maximum number of penalties on the Municipal Corporation of Delhi but they continue to deny information.

So how do you allocate work among the information commissioners?

On whims and fancies (laughs). We arrive at decisions after discussions but my view prevails because I have to take a decision as the CIC. But yes, there is no fixed guideline for allocating work.