Our Great Leader does with endearing native traits as he pleases 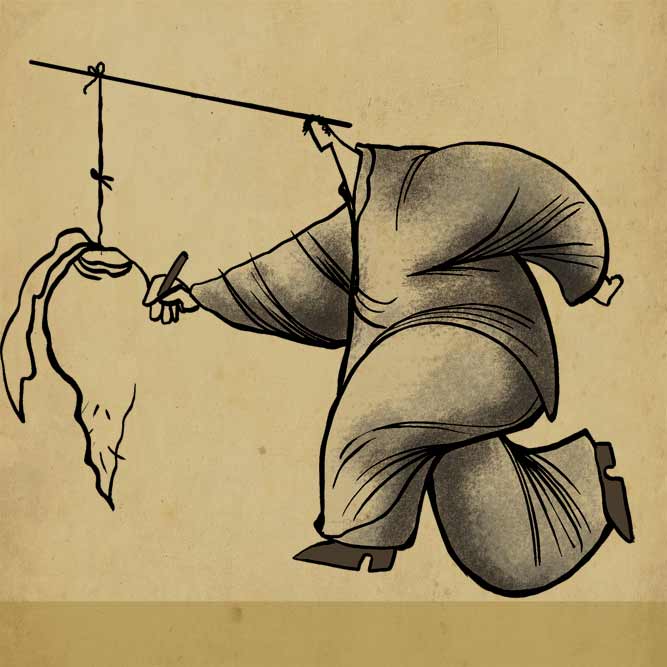 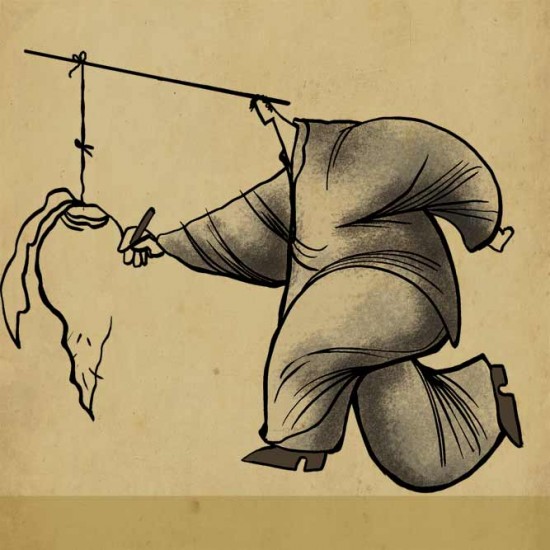 Please indulge my wayward digression, for all I could think of while observing the election campaign of our leader was a minor but memorable character called Parekh bhai, evidently Gujarati, from the film Johnny Gaddar. Parekh bhai, played by Neeraj Khe­trapal, is a gambler and gives the impression of a bespectacled theta, plump and oval, his optimism about the next big win brimming out of him like the folds of flesh about the belt buckled high around his waist. This petit high-roller is spoken of with awe for having lost some Rs 20 lakh on Diwali without raising a sweat or an aay hai, doobi gyo. His theatre is the cards table, but it could well be the stockmarket, the high-risk business venture, the cricket bookie’s room and, lest we forget in the midst of all these promises of spectacular growth, the elaborate con job. Wise doctors have prescribed a six-month diet of nothing but raw lobster along with readings from Schopenhauer to curb dangerous overconfidence. But Parekh bhai is probably a vegetarian like me, and, fed by past runs of victory, his chutzpah is probably too potent for the German philosopher alone to work a cure. Ditto for our leader, who is both a vegetarian, and well, the googolth distillate of confidence.

Since our decisive leader has a sense of humour, of which he deigned to give us glimpses during the campaign, let us go then, you and I, dear reader, vacillating, purposeless Prufrocks that we be, let us go through the pols and vandas, the paras and mohallahs and societies (that only means housing colonies), the many Limdi gaams celebrated in palindrome as the place you get a gaadi (Limdi gaamey gaadi mali!) and pick out a few Gujarati traits—like those typified by the fictional Parekh bhai and the non-fictional Ketan Parekh—for our edification. Let us see how they relate to one who stands firm, like me, on Gujarati pride, though I can never hope to match either his firmness or his pride. But remember, being unique, and being a man who has sculpted and polished his own personality, our leader does with those endearing Gujarati traits exactly as he pleases.

The average Gujarati loves to spend no more than is absolutely necessary. But there’s a problem here: how can a leader be a real leader if he is subject to the law of averages? Our leader has already shown us how campaigns must be run like blitzkriegs: wars are fought with silver, not iron, and since friends have ensured there’s no dearth of the former, swamp everything, coming down in regiment strength upon even the puny, gunless flag-bearer sweating for his right to whisper, “Please vote for me”. Now, he’ll soon show us how a nation must be run beyond statistics and averages, and he’ll show us how to do it even without collecting taxes.

The Gujarati, being a wise investor, has an itch for anything related to property. He may be a clerk, but his next modest increment will be calculated and turned into a long-term plan for a better house, a cubicle in a shopping complex to be rented out for an atm, a couple of square feet of a property bought as a group investment. If there’s too little money for even that, he’ll go for a change of tiles in the covered-up balcony where he has installed his washing machine. So think, dear reader, of the huge opportunities before our leader—the mountains waiting to be razed, the rivers and lakes and seafronts waiting to be lined with ceramic tiles that will glint in the morning light and shimmer in the afternoon blaze of the now truly Indian sun.

For a demonstration of the Gujarati spi­­rit of accommodation, there’s no better place than a packed crossroads right in the middle of Khadia or Jamalpur in Ahm­edabad. No traffic lights, no cop, but everyone—cyclists, motorcyclists, those on scooters and those in cars or autos—everyone is moving inch by inch. At work are thousands of eye and hand signals of “you first” or “may I?”, and singsong requests of “vadil, jara java dosho? (pal, would you let me pass?)”. It is considered extremely rude to use size to carve out a way or to bamboozle an early passage by ignoring someone’s plea. But this won’t do for our leader. For too long we’ve been teased about this Hindu rate of growth and Hindu rate of movement. Let the biggies have their way, let the smallies get out of the way—or use their wiles to find a way for themselves.

And as for those who do not dream as he dreams, our leader is ready to assure us that, being Gujarati, he is not quick to take offence. He generally lets bygones be bygones. Is that not what he has been saying all along, in words as well as through his long silences on some irritating things people have been trying to remind him of?

In Through The Wringer, Out From The Drum