Anjana Vasan—actress, blues singer, and one of the witches in Kenneth Branagh’s Macbeth 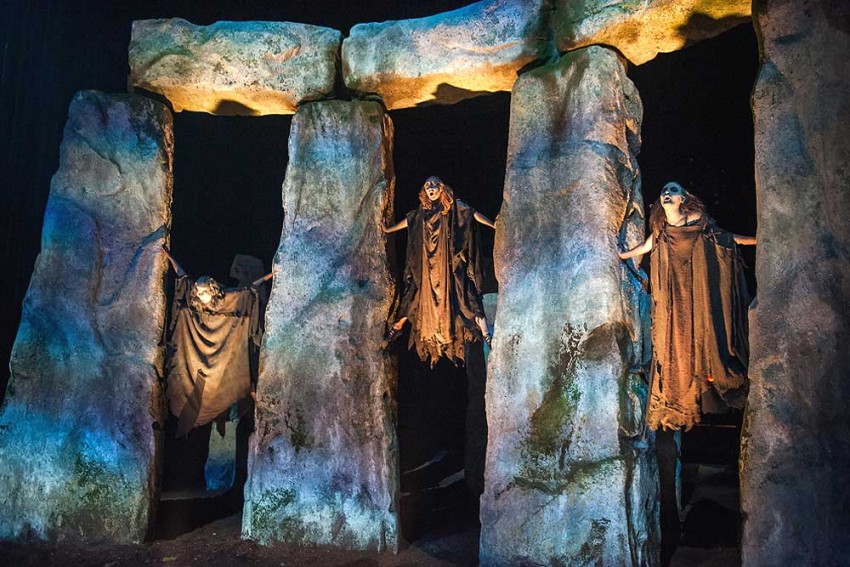 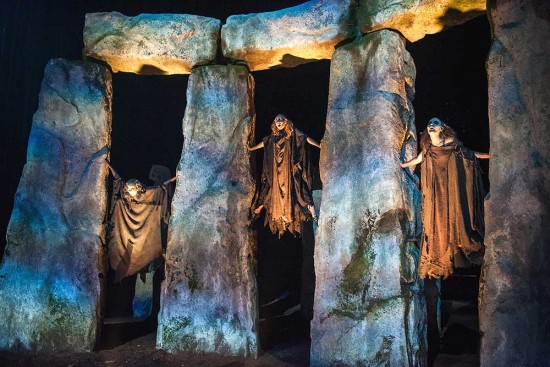 A self-styled “shy, drama-club geek”, Anjana was drawn to performing in high school and found her confidence onstage. She became passionate enough about acting to enrol in theatre studies at the National University of Singapore where, she says, “we wrote our own plays, did some Shakespeare, some local Singap­or­ean writers”. She read moderns like Pinter and Beckett, and watched a lot of theatre for an Honours degree that req­uired a thesis and a staged show. “In Singapore, we have Indian and Chinese theatre ingrained in us. We did Chinese opera, with Chinese movements, classical text, traditional garb.” She studied Mandarin, sang Chinese songs, learned Kabuki, but spoke Tamil at home.

In college, collaborating with a friend, she “devised” a play with high-school kids for hands-on experience. “It was more directing than teaching,” she claims. “I did Shakespeare with them, directing an outdoor Midsummer Night’s Dream and an adaptation of Romeo and Juliet. I wrote a half-hour play, based on their lives, inspired by vaudeville and Beckett.” The production won a gold medal at the Singapore Youth Festival and led to a paid drama job for five years.

At home, listening to her brother’s cool records, Anjana fell “so in love with blues that I wanted to sing”. At 16, when she went to hear live music on Saturday nights, her brother made her get up and sing. That brought paid gigs—old blues and country songs. She wrote her own songs, sang at clubs five nights a week, sang with the legendary Paul Ponnudorai (who when he died at 51, Time Asia had called “the greatest musical interpreter of our time”). She did fun, creative thi­ngs—teaching, gigs, theatre—but yea­rned to test her craft on the world stage, Anj­ana recalls. “As Singapore is so small, it’s a bubble, you plateau. It’s hard to challenge yourself with the same people.” 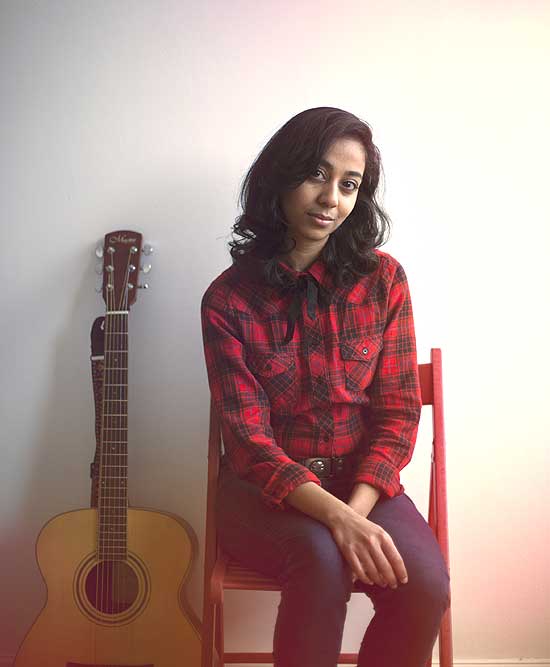 Applying to the Royal Welsh College of Music & Drama, Anjana interviewed via Skype, auditioned with a passage from Ibsen’s Doll’s House and won a partial scholarship into a class of 12, gender-split to ensure equal male/female numbers. She took out loans for the 14-month graduate programme and flew to Cardiff at 25. “I’d never travelled before...I wor­ked during vacations.” Suddenly she was acting in numerous plays, was showcased in London, and created Bessie and Me, inspired by the life of blues singer Bessie Smith. “I had the best year at Royal Welsh, I felt I ‘bel­onged’ because nobody tried to change me, they honed my skills.”

Reflecting on why she chose the UK, Anjana says, “Shakespeare was in my head. I couldn’t quite grasp him on the page, but seeing the plays live, onstage, they made sense. My engineer grandfather had introduced me to Shakespeare by reciting Julius Caesar.” Doing Shak­e­sp­eare in Stratford, theatre’s mecca, “you realise he belongs to everybody. I saw a Korean Lady Mac­beth! I love Shakes­peare, but I don’t want to do it exclusively. I want my career to embrace Asian art practices, modern English plays.”

In Cardiff and London, Anjana was seen in meaty roles by casting directors, so she made connections, auditioned, got an agent. After graduation, she lan­ded a TV job and a political play at the National Theatre of Wales. Then came a small role in the Royal Shakespeare Com­pany’s Much Ado About Nothing with the unexpected bonus of substituting for Hero, a key role that she’d understudied. “RSC’s great...you have your own voice coach and, since the whole comp­any does daily warm-ups together, the­re’s a movement person. You’re being trained while you work.” The RSC hired Anjana again for Taming of the Shrew which was “cross-cast so I had a male part. It had a fantastic cast and director. We toured Bri­tain, then went to Ohio...my first time in the US”.

Then came “the Scottish play”, so-called because Macbeth is unlucky. Its casting director had gone to Cardiff earlier to see Anjana, in an American play, at her director’s recommendation. “The witches are very prominent in this version, we do it our way. We asked to climb the set’s monumental rocks to gain stature since we’re petite. We climb high, along grooves cut into the rocks—balancing, doing plies—to create an illusion of power.” The play premiered in Manchester’s International Festival last year before its American debut. Between these engagements, Branagh directed Cinderella, a big-budget Hollywood spectacular. Gener­ously, he took Anjana along for a small part. “Yes, Ken is the director but, as actor, he’s part of the ensemble. He’s accessible, he never distances himself. Though always busy, he treats you like a friend,” she enthuses. “He gives us (witches) a good-luck hug before every performance! We have a professional relationship. You never feel like you’re around a great Shakespearean actor­—he’s silly and funny, he makes jokes.”

In September, Anjana’s scheduled to act in London’s National Theatre, in a famous playwright’s new work, set in India. In the future, she may return to Singapore but for now “it’s difficult to turn down these opportunities. I need to ride the wave a little longer. All I can do is turn up at my job and do it as well as I can and hope people see it—that’s how theatre works. If you don’t make an impression the first time, they won’t call you back”. And music? “It’ll always be something I do—whenever I have time, I pick up my guitar and sing.”  Not surprisingly, to commemorate her Amer­i­can visit, Anjana bought a vintage guitar with pictures of a cowboy on it.

By Vibhuti Patel in New York

Have Will, Will Fly