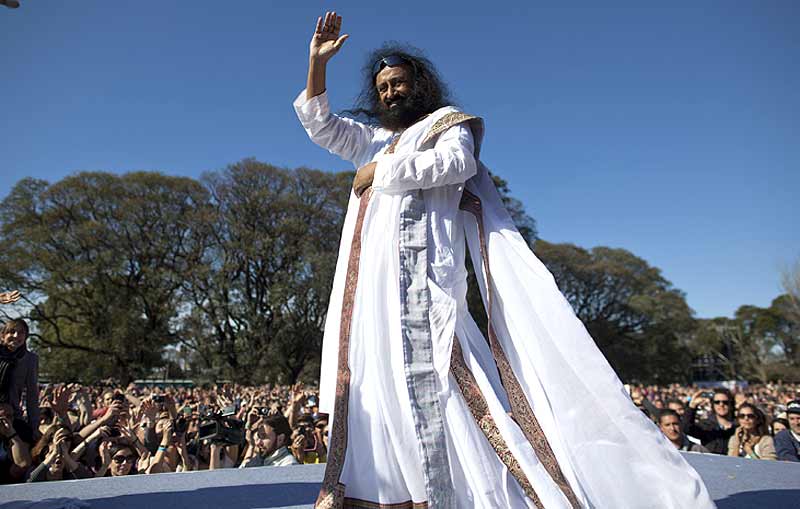 Sri Sri Ravi Shankar was an exceptionally precocious adolescent, who showed a keen interest for the spiritual world early in life. He completed his degree in science and Vedic literature by 17. He was young, but already felt that a special destiny awaited him: “At 17, I felt the whole world was my family. I had that strong aspiration that people celebrate life and live in harmony, specially where there was conflict,” he recalls today.

But there were obstacles. His mother’s relatives would berate her: “What has happened to your son? He talks philosophy, he does not behave like a normal person.... You better find him a job and get him married quickly.” Sri Sri would also spend hours performing elaborate pujas, an art he had mastered very young. So again, people would tell his mother: “Don’t allow your son to do so much puja, he may go mad and crazy. He will not study properly.” Sri Sri recalls that every time he would sit for meditation, his mother would hurry him up saying: “Not yet over? You are taking too long. Come on. Study.” The young Ravi Shankar would somehow escape sports classes, come home and do something else. Then his mother would scold him again: “Why did you come so early? Go and play football.” But the young Ravi aspired to bigger things; he would look at his feet and think: “These feet cannot kick anybody, let alone a ball,” and refuse to go. 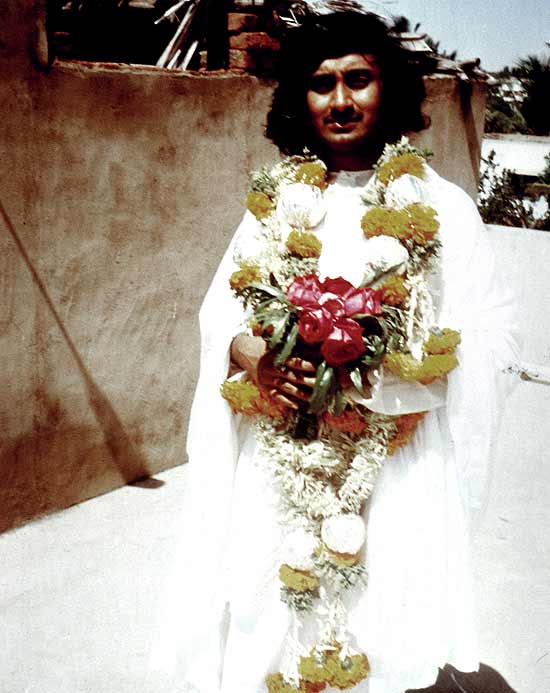 To please his mother, he even went for an interview with a bank. But as it turned out, he interviewed the interviewers instead of the other way around! They asked him what he was doing. When they found out that he taught meditation, they got so interested that they wanted to know more. Sri Sri sat down and showed them a simple meditation technique! He was selected and sent a round-trip ticket to New Delhi. He never went.

But shortly thereafter, he met Maharishi Mahesh Yogi, whose Transcendental Meditation (TM) was already known the world over. Maharishi was at that time conducting Veda and science conferences all over India and bringing scientists and Vedic scholars together on a single platform.

Sri Sri was very young, but Maharishi recognised his abilities and put him to work. He was thus sent to various places to give talks on the Vedas and science. But he had a problem: “I looked so young,” he smiles, “that people did not take me seriously.” Thus, he started growing a beard, “to look a little mature”.

He thought at that time that he had the most wonderful job in the world: Maharishi would send Ravi Shankar to represent him at various maths (monasteries) and ashrams—including the Ordaining Ceremony of Guru Mai Chidvilasanand by her Guru Baba Muktanand. “I went to Ganeshpuri (located near Mumbai) with two truckloads of sweets!” he recollects. Baba Muktanand received him and the group of pandits accompanying him very warmly.

Later, Maharishi dispatched Sri Sri to different European countries to  expound on the Vedas and science. At that time, he thought that to work tirelessly to set up Veda, science and ayurveda, the ancient and unique Indian medical system, was a pioneering job. Indeed, all his life, Sri Sri would keep his commitment to ayurveda, later establishing an ayurvedic college in his headquarters in Bangalore, from where hundreds of doctors graduate every year. Sri Sri Ravi Shankar also became one of the best-known spiritual leaders of India, and founded the Art of Living movement, whose volunteers make it the second largest NGO of the world after the Red Cross. Like Outlook, Sri Sri thought big and made it big!

Francois Gautier is the author of The Guru of Joy (Hay House).

In The Deepest Pickle