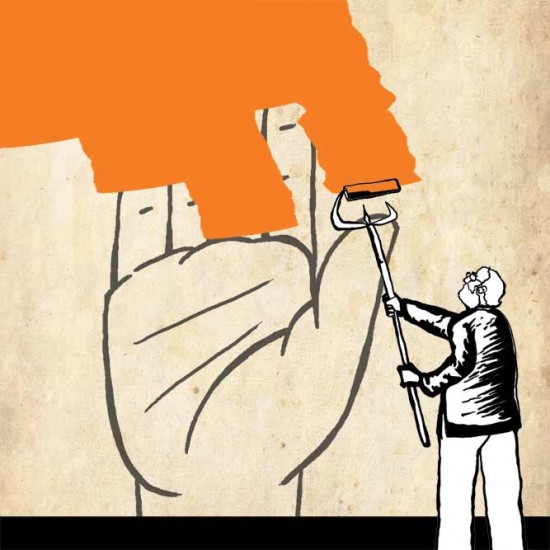 Living through the past quarter of a century, in which the Congress was just one among many contenders for power, one thought that anti-Congressism had run its course. But it seems that the old division of political forces into Congress vs its opponents still has some relevance. Of course, dislike of and suspicion about the Congress continued even during the post-Congress phase (from 1989 onwards)—mainly as a strategy to forge non-Congress coalitions. The high moment of this non-­Congressism came in 1989, when the National Front government was propped up by both the BJP and the Left Front. Now, when the Congress is fighting to retain a semblance of a contest in the Lok Sabha polls, anti-Congressism is back in the political discourse. In the run-up to the ongoing election, the BJP’s PM candidate, Narendra Modi, has revived anti-­Congressism—and more str­i­dently than others in the recent past.

What does Modi’s idea of a ‘Congress-mukt Bharat’ mean? Demagoguery often precludes the possibility of substantive argument. Therefore, it would be difficult to adduce direct ‘evidence’ of what Modi means by a Congress-mukt Bha­rat. One can only guess at its meaning by inference. It is tempting to fit the Modi discourse in traditional dichotomies of the ‘left’ and the ‘right’ or ‘secular’ and ‘communal’. But we need to look beyond these dichotomies. Modi’s anti-Congress stand represents the classical sensibilities characteristic of Hindutva. These sensibilities have two core elements. One is a deep-rooted suspicion of the Muslim community (often culminating in a rejection of ‘minority’ claims and a tendency to uphold a majoritarian approach to democracy). The other is the middle-class dream of a strong Indian nation—without much concern for internal faultlines and the practical nitty-gritty of dev­el­opment and social asymmetries. Both are articulated in the language of ultranationalism—something that is internally exc­l­usionary (if not outright intolerant) and externally belligerent.