Post-Pulwama mood settles it for the former BJD leader 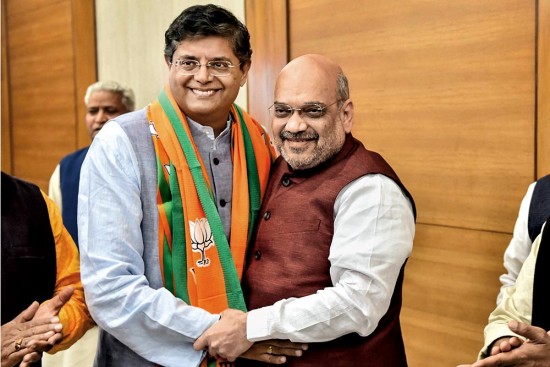 A couple of weeks ago, speculation was rife in Odisha that former Kendrapara MP Baijayant ‘Jay’ Panda, who openly accused the BJP of ‘going soft’ on his bête noire CM Naveen Patnaik, was in talks with the Congress about contesting the forthcoming Lok Sabha election from his former constituency with its support. No wonder his decision to join the saffron party on March 4 has surprised many. But why this sudden volte face? Political pundits in Odisha feel the industrialist-turned-politician changed tack after realising the tide had turned in favour of the BJP after the air strike across the LoC.

On the back foot since the defeat in Rajasthan, Madhya Pradesh and Chh­attisgarh over issues such as unemployment and attacks on Dalits and Muslims, the BJP found in the air strike an opportunity to put the Opposition on the def­ensive. In any case, the Congress had apparently made it clear that it was willing to field Jay from Kendrapara, but not back him as an independent candidate as he wanted. With time running out, Jay must have decided that joining the BJP was the best available course for him.