Jalan's treatise is not as much about how the economy works, but why it doesn't 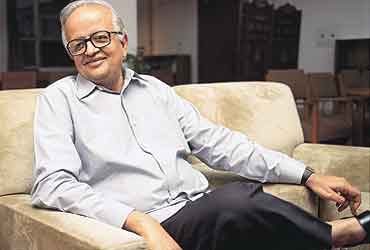 The Future Of India: Politics, Economics And Governance
By Bimal Jalan
Viking/Penguin Pages: 212; Rs 350
With past imperfect and present tense, what can one hope for the future? Bimal Jalan’s book is provocatively titled ‘The Future of India’, but is, in fact, a discourse on our present, with some reflections on how we got here. Where India may be headed, as a result of our legacy and inheritance, is not spelt out, but Jalan’s warning is "mind the gap"! Economists normally work on the basis of the overriding caveat of "ceteris paribus" that translates into simple English as "assuming all else is held constant". It is a convenient tool that enables economists to claim that their discipline is more science than art. Jalan’s simple message in this book is that in the real world one cannot really assume that all else is constant. Things change, and they influence the way other things change.

If you are lucky, that process can be benign and you get a virtuous cycle of growth and development. If unlucky, it goes the other way round. In one simple sentence Jalan sums up the essence of this book: "If there were no legal and administrative delays, and corruption had been reduced substantially, then India’s growth rate in the past two decades would have been closer to eight per cent rather than six per cent. This would have brought India’s economic progress quite close to that of China, and set the pattern for even higher growth rates in the future."

Is this book the product of an year’s frustrating din in Parliament for Governor Jalan? Not true. This book was in the making in Jalan’s mind for a long time. It took liberation from office for him to put pen to paper. Jalan is not the typical number-crunching, model-building economist. Nor was he a pure technocrat during his many years in government. He is the modern-day version of the original 19th century economist—a practitioner of political economy.

I recall my discussions over Yojana Bhavan dosa and India Coffee House caffeine in Jalan’s corner room during his days in the Prime Minister’s Economic Advisory Council. I was an academic-turned-journalist eager to understand New Delhi’s labyrinthine ways of policymaking and Jalan was a helpful teacher.

Economics is not a science but an art, Jalan would tell me, and the essence of economic policymaking is politics. If politics is the art of the possible, I surmised, economics must be the art of the desirable. Those long years in office seem to have convinced economist Jalan that if economists have to deliver, one has to get the politics right. Governance, party politics, administrative systems, et al. This book is the product of all those years of reflection.

Jalan writes with ease and in a language accessible to the lay person. So this is not an economist’s book for economists. It is an economic policymaker’s book for fellow parliamentarians, colleagues in the civil service and opinion-makers in the media. It doesn’t tell us much about why things work as they do, nor about how exactly we can set them right. So it is not a "how it works" or a "how to do it", much less a "fix it yourself" book, as much as it is a "why it does not work" and "what are the consequences" book.

It, meaning the economy, doesn’t work, says Jalan, because we have made many mistakes in the way we govern ourselves. The corruption and politicisation of the bureaucracy, an over-burdened judiciary (being a judge’s son and a lawyer’s father, Jalan is gingerly in his scanning of the judiciary!), the politics of ‘distributional coalitions’, the anarchy of coalition politics and the myth of collective responsibility, and so on.

Jalan’s diagnosis of the Indian polity walks in the footsteps of Sunil Khilnani, Pratap Bhanu Mehta and Fareed Zakaria, all of whose work on the functioning of Indian democracy is cited with approval. He, like them, is not blaming democracy per se, but the democracy that we have come to live with. It has certain economic costs. At least a two percentage points gap in the growth rate, to be sure. Improve the politics, and you can get an economic dividend—that’s Governor Jalan’s conclusion.

Now that he is in Parliament, we hope the ex-central banker will walk the talk, like one of his illustrious and distinguished predecessors has done, and tries to do every day! Welcome to the real world, Guv!

(Sanjaya Baru is media advisor to the prime minister of India)