Why Look The Other Way?

The CM cold-shoulders a ‘Khalistan-linked’ Sikh minister from Canada in India. Not all are pleased. 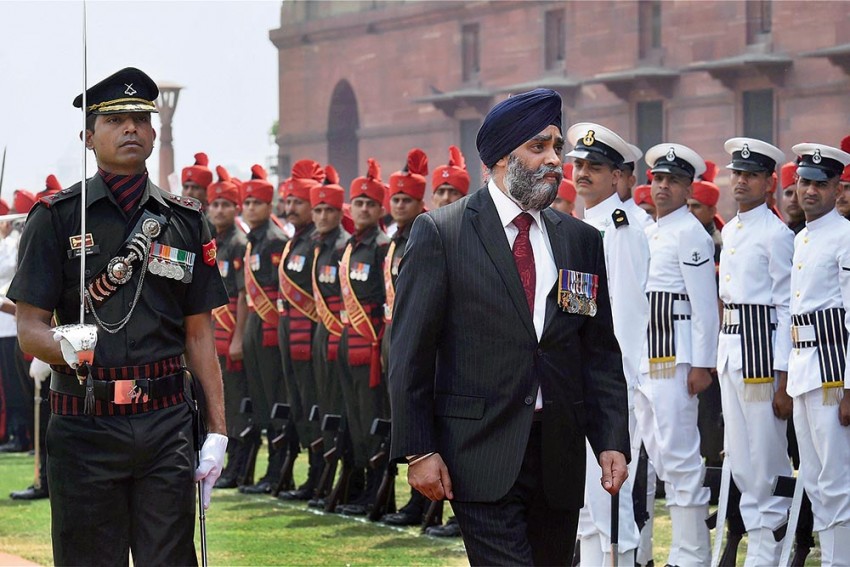 Guard Of Honour
H.S. Sajjan at South Block in New Delhi on April 18
Photograph by PTI
Ushinor Majumdar April 21, 2017 00:00 IST Why Look The Other Way? 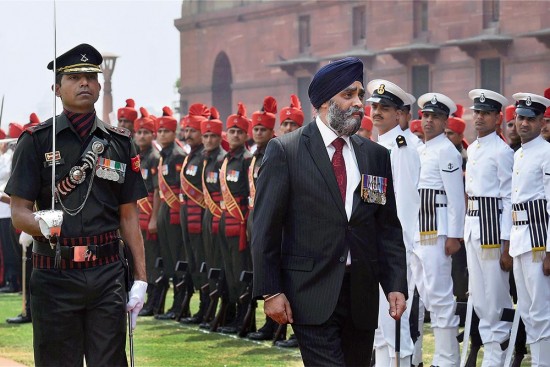 The temperature in Amritsar, at 42 deg­ree Celsius, would have been in stark contrast to chilly Ottawa when Harjit Singh Saj­jan prayed at the famed Golden Temple. But a different kind of heat was building up over the visit of Canada’s defence minister to his parents’ land. Capt Amar­inder Singh, now back in the saddle as Punjab chief minister, invoked an old festering wound a week ago to make a dramatic, unusual statem­ent: no meeting this foreign dignitary. The reason Amarinder offered: Sajjan and some other Sikh-origin cabinet ministers and parliamentarians in Canada were Khalis­tan sympathisers. For what should have been a diplomatic affair full of courtesy and nostalgia, the fat was truly  in the fire.

The Sikh nationalist movement seeking a separate state for the community may have lost its steam in the past quarter century, yet a mention of ‘Khali­stan’ can stir up violent memories in the collective mind—it’s a wound that has refused to heal. The period of insurgency Punjab experienced spanned well over a decade beginning in the late 1970s—and no one has fond memories about those days.

Even so, the CM’s April 13 reiteration of dissociating himself from any Khalistan sympathiser has not gone well with all the peace-loving people of his state. After all, the 46-year-old dignitary’s visit, they point out, is not just an official one, as a Canadian minister. The itinerary inclu­ded, besides the obligatory Golden Tem­ple obeisance, a visit to the Sajjan’s native Bombeli village in Hoshiarpur district, from where his parents left for British Columbia in 1976. Some did follow in the CM’s footsteps and questioned the offic­ial presence of one who sympathises with a ‘separatist’ cause. But as the visit of a local who had made it big, things perhaps could have been handled with a bit more delicacy. The Punjab Congress also heard murmurs of dissent from Amar­inder’s detractors. The CM’s stance may have boomeranged, they apprehend, because it warmed separatists to Sajjan, even if he didn’t exactly fit the description.

When Sajjan arrived in Amritsar on April 19, members of separatist groups were reportedly part of the crowd that welcomed him at the air­port. Earlier, India’s defence ministry had welco­med him with a guard of honour, where Sajjan app­eared ador­ned with his service medals. He has served three tours in Afgh­anistan for the Canadian army. Following discharge, Sajjan served as a police officer probing organised crime in Canada while serving as a reservist officer.

A grand record by a Sikh whose family left India before the separatist movement was peaking. That of course went through its well-known, tortured peaks, with 1984  as the year of pain—first with Operation Blue Star, then Indira Gan­­d­hi’s assassination by her Sikh bodyguards, followed by targeted killings of thousa­nds of Sikhs, centred around Delhi.

Cut to summer 2017. The state intelligence apparatus had picked up chatter that members of Sikh separatist groups had reorganised and were set to participate at events felicitating Sajjan near the Golden Temple, according to government sources. The outfits included the Dal Khalsa and its youth wing called The Sikh Youth of Punjab, the Shiromani Akali Dal (Amritsar-Mann) group, United Akali Dal, Sikh Students Federation (Bhindranwale), Damdami Taksal of Chowk Mehta and the Akhand Kirtan Jattha. None of these organisations is proscribed in India even while being considered pro-separatist.

Sources in the Punjab government say the Golden Temple’s elected managing body, the Shiromani Gurudwara Parban­dhak Committee, has reportedly declined permission to any formal function within the shrine. Amarinder had, while accusing Sajjan of being pro-Khalistan, clu­bbed fellow Canadian ministers Amarjit Sohi and Navdeep Bains in the category. None of the three responded to Outlook’s request for a response. The Canadian High Commission to India, on its part, rejected the pro-Khalistan allegations against the cabinet members outright. They are “disappointing and inaccurate”, it said in an earlier statement.

The CM’s stand earned prompt condemnation from the Badal-led SAD and the Aam Admi Party (AAP), the new element in Punjab. During the last assembly elections, the Congress had accused the AAP of cosying up to pro-Khalistan elements. Into the poll run-up, Amarinder had also faced a bar on attending events in Canada. Political leaders in Punjab now allege he continues to smart under the snub that incapacitated him from seeking funds and support among the Sikh community in Canada. Despite that—or, as some say, partly because of AAP’s courtship of the other side—the Congress won the polls, ending a decade of Akali rule in the state.

Political experts say the Congress has supporters among the moderate Sikhs and non-Sikhs who are opposed to a separate state. Canadian politicians have also been accused of playing to pro-Khalistan sentiments to reap votes from the Sikh constituency in Canada. “Former Canadian PM Stephen Harper had visited the Golden Temple, but we didn’t hear of him at the Vatican or in Mecca-Median,” poi­nts out a Congress leader.

Separatist leader Simranjit Singh Mann has a different take. “Our party has a branch in Canada and we have never heard of any Canadian political party supporting the concept of Khalistan. We have a large number of Canadians supporting this concept, but Sardar Sajjan supporting the creation of a separate sovereign Sikh buffer state has never come to our mind,” he wrote in a recent blog entry. “Therefore it seems odd that Captain Amarinder Singh should blow up the visit of Sardar Sajjan in the manner he has. He has a point when he states the Khalistanis opposed his visit to Canada. But they opposed the post of the (state) President of the Congress Party that the Captain held…”

The ties between Canada and Punjab are crucial to the Sikh community at large because the Sikh diaspora in Canada is influential. SAD spokesperson Maheshinder Singh Grewal says the discussion on social media “makes it clear” that the Sikhs the world over have rea­cted very strongly against the CM’s stand. “Sajjan is a distinguished citizen of Can­ada and has sustained the Indian identity in that country. It is an honour for our state and the community,” he tells Outlook. “The state should have honoured him. Outwardly it may not affect bilateral trade, but there will be a sourness in the relations.” 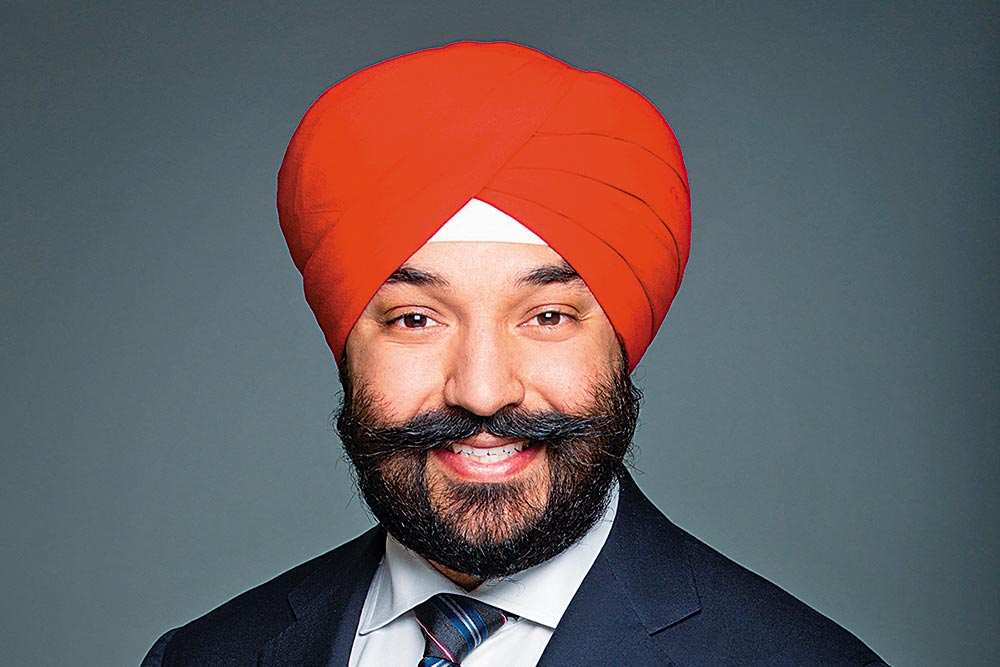 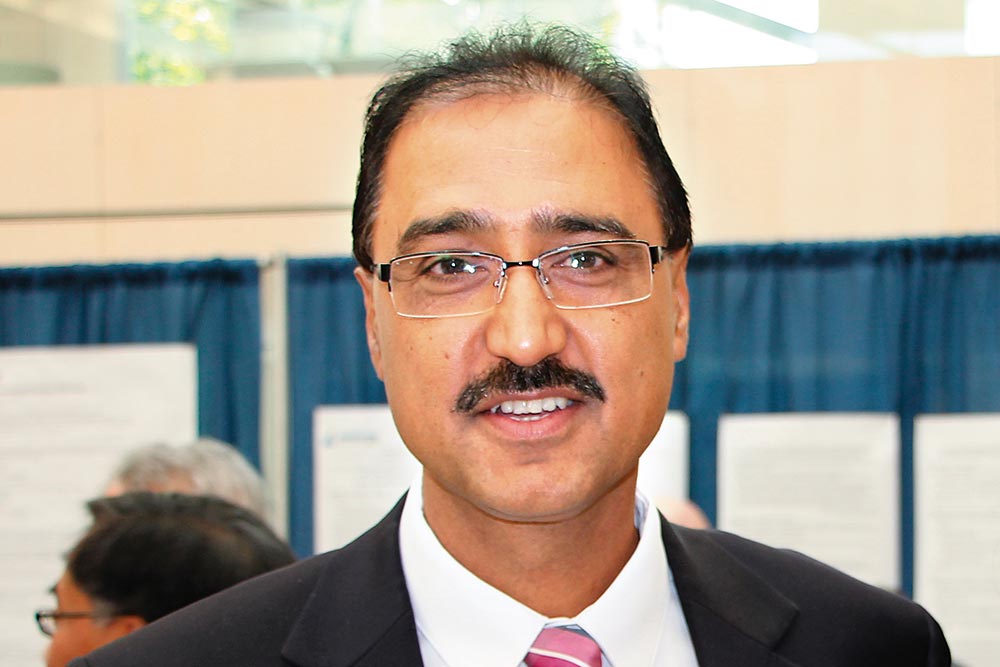 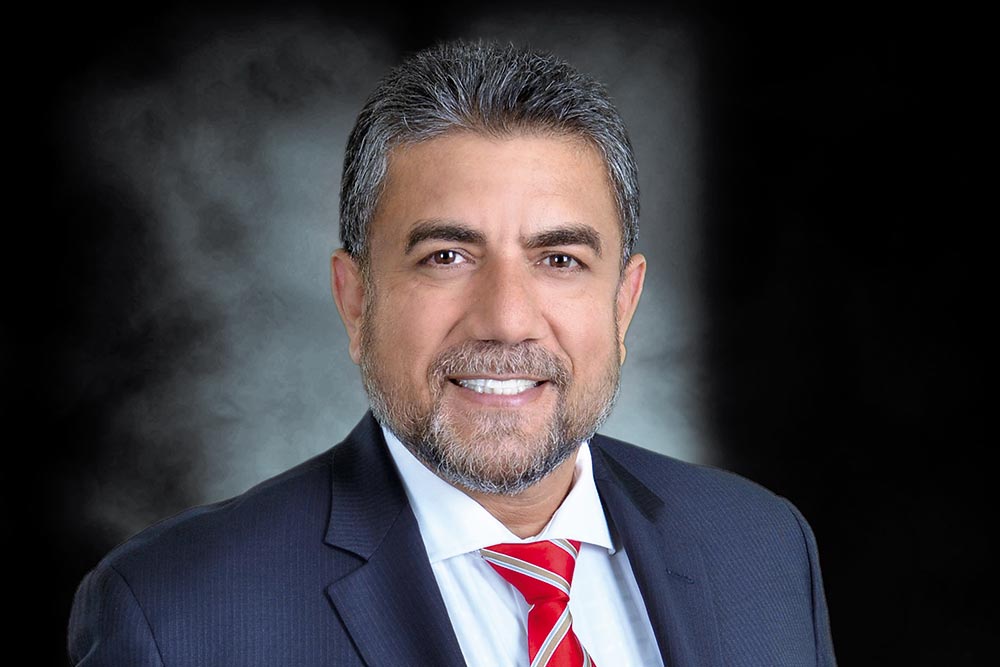