Why Is The School So High, Ma’am?

Why are children as young as 11-13 years are doing marijuana in Delhi? 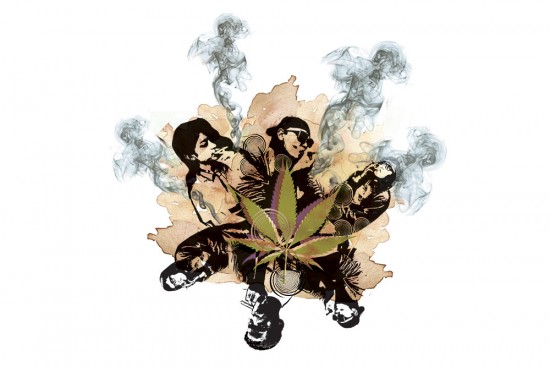 Out on the lawns of a well-known school in Delhi, Karan Singh had his first encounter with marijuana. Urged by seniors that winter afternoon, Karan puffed on the well-rolled, slender joint that began his love aff­air with Mary Jane. Since then, he has spanned the whole gamut—smoking stuff friends got him, asking his driver to score for him, getting it straight from the hills to, well, growing his own stuff. “I have had a long stretch, but growing it is the best way to have premium quality stuff at half the cost, and with very little effort, once you know the tricks,” he says. Many would say that serious-mindedness might more prod­uc­tively be channelled into studies, the sports arena or a hobby—for Karan is only 13.

It’s an age too early to even contemplate doing drugs. Disturbingly, that’s not so for many schoolchildren—some as young as 11—who are hooked to marijuana. “Five to 10 per cent of marijuana cases that come to us are kids aged 11-14,” says Dr Sameer Malhotra, director of mental and behavioural sciences at Max Hospital in Delhi. Over the last few years, the age of experimentation with marijuana (or cannabis, pot, bhang) has gone down from the 16-18 age group that was the norm earlier, agrees Dr Suneet Vatsyayan, a psychotherapist and director at the Nada India Found­ation. A South Delhi dealer says some 15 per cent of his buyers are schoolchildren. At the Civil Hospital in Gurgaon, Dr Brahm Deep Sindhu, a psychiatrist, encounters some 10 cases every month of children brought in by friends or family with the side-effects of smoking pot: delusions, paranoia, acute excitement. Dr Malhotra speaks of a pot-addled kid who believed he was God!