The reasons Sudheendra Kulkarni raps Outlook on the knuckles for are the very ones I would give to pat the magazine on the back. 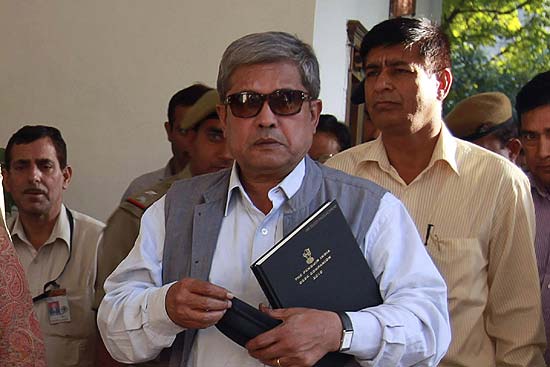 The reasons Sudheendra Kulkarni raps Outlook on the knuckles for—its ‘negativism, cynicism, anti-Hindu bias’ and a penchant to be anti-establishment—are the very ones I would give to pat the magazine on the back. Must it ignore India’s dismal ranking on the UN’s Human Development Index? Should it swallow the present regime’s one-sided, triumphalist rhetoric hook, line and sinker? Ought it to plug its ears when ‘love jehad’ rants rend the air? Can it afford to look the other way when obscure individuals are given centrestage to practise a form of voodoo history? That would reduce Outlook to the status of a wannabe Organiser.

One more point. Would Kulkarni agree that there is a difference—a hum­ongous one—between Hinduism and Hindutva? Most Hindus, including me, are quite comfortable with their Hindu identity. Hindutva bugs them because they see it as an ideological pro­ject that aims at social engineering with an ominous ring to it and the capture of state power. Recent attempts by Hindutva votaries to rope in Gandhi and Patel to further their cause—at the expense of Nehru—are a case in point. These tallest stalwarts of our freedom movement upheld, even celebrated, the diverse, pluralistic and eclectic nature of Indian society, polity and culture. Why a thoughtful writer like Kulkarni would want to pay tribute to a creed rooted neither in scholarship nor in an uplifting vision of India’s multi-faceted civilisation beggars the imagination. Knowing him as I do, I wait for the day he changes, well, his outlook.

Outlook invites readers to take part in its 20th anniversary celebrations. Send us your bouquets and, more importantly, your brickbats. E-mail your entry to editor [AT] outlookindia [AT] com