Why Darjeeling Tea Is Losing Its Aroma 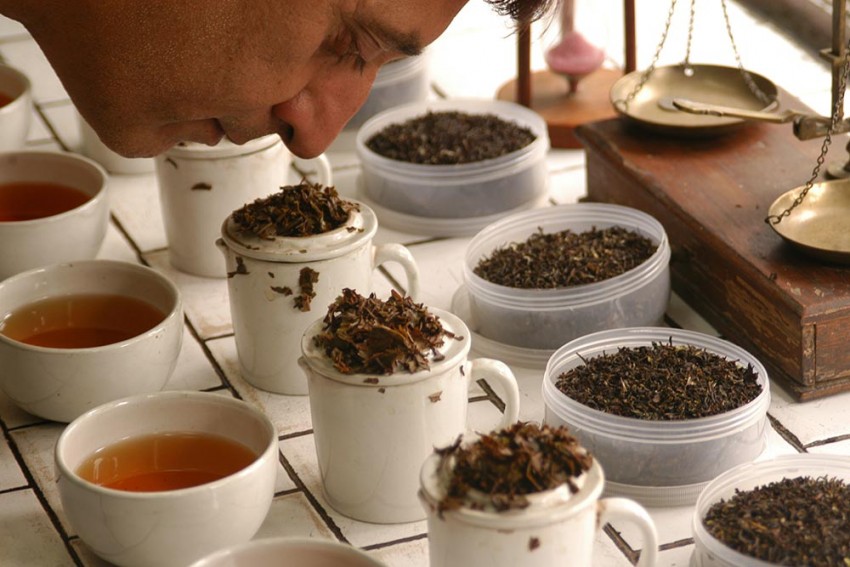 Tea-tasting session at the Castleton tea factory in the Kurseong Valley in Darjeeling
Photograph by Getty Images
Probir Pramanik July 18, 2018 00:00 IST Why Darjeeling Tea Is Losing Its Aroma 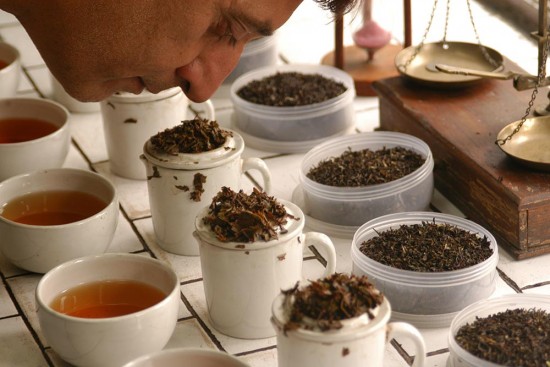 They call it ‘the Champagne of Teas’, an epithet commensurate with its awesome prestige across the world. But shelves stocking premium Darjeeling at the gourmet tea house Mariage Freres in Paris lie forlornly empty of their aromatic cargo. Their famed Darjeeling sells at euro 76 for 100 grams, or Rs 57,200 a kilo, but suppl­ies have shrunk lately because of events convulsing the rolling hills of north Bengal 7,500 km away. Haute Parisian palate, it seems, will have to wait.

The 105-day shutdown last year in the hills of Darjeeling has plunged tea estate owners and plantation workers into an unprecedented crisis. Planters who lost at least 70 per cent of their premium first and second flush crop—almost wholly exported—estimate the combined value of the loss at Rs 500 crore.

The dire situation has a precedence. In the mid-1980s, over 1,200 people perished as internecine clashes and violent government crackdowns engulfed Ben­gal’s hill districts during the ethnic Gor­­khas’ agitation for a separate Gor­k­­ha­­land. The gardens suffered, along with their workers. As the fires died down, recovery was slow. Just when the 87 tea gardens  dotting the hill slopes were enjoying an upturn, the renewed standoff from mid-June to end-September 2017, the longest shutdown till now, pushed the plantations closer to a precipice. The strike was lifted 10 months ago, but not before it dealt a body blow to the tea industry.

Estate owners and managers say the rec­ent shutdown forced most workers to migrate to gardens in neighbouring Nepal. Left unattended, the tea bushes—meticulously maintained to a height to make plucking easier—overgrew into untidy clumps, fig­hting rampaging weeds for nutrients.

Most gardens are now saddled with another unforeseen calamity. Tea is a labour intensive industry, and their workers, permanent and casual, haven’t returned yet. Besides losing the entire second flush—last year’s monsoon and autumn crop—the Darjeeling tea industry is struggling with mass absenteeism, says Binod Mohan, garden owner, expo­rter and chairman of Darjeeling Tea Association (DTA), a lobby group.

The best part of the highly-prized first flush—the early harvest of February-March—was lost this year, Mohan says. “It took eight months to restore the plantations and by the time the first harvest was ready, the estates had lost at least 30 per cent of the annual crop. Garden owners could not meet expenses, incurring a loss of over Rs 300 crore.” The DTA has app­roached the Tea Board of India and the Union commerce ministry for a ‘bailout’ package. “We have appealed to the Tea Board for some financial support but no help has come till now,” Mohan says.

Tea cultivation in the Darjeeling hills, known for its breathtaking beauty and sal­­ubrious climate, started under a Bri­t­ish officer, Captain Samler, in the 1840s. Plantations expanded rapidly, and acco­rd­ing to official records from 1915, there were 156 tea estates. Now, there are 87 that can sell their produce as ‘Dar­je­el­ing’—a registered geographical indication (GI). Though Darjeeling annually produ­ces less than 8.5 million kg or .2 per cent of the total tea produced in India, it’s traditionally considered the world’s finest tea. The spring and summer harvests are the most premium and fetch the best prices.

Darjeeling produces four crops a year—the first flush, which accounts for 20 per cent of teas produced, the second flush, another 20 per cent, a monsoon flush of 30 per cent and the autumn flush that yields 30 per cent. “As per Tea Board figures, in 2016, production of Darjeeling tea stood at 8.44 million kg a year, a minuscule fraction of India’s total tea production of 1.2 billion kg, as compared to 14 million kg in 1994,” explains Sandip Mukh­erjee, principal advisor at DTA. There is no production during the four-and-a-half-month winter, when the bushes hibernate, unlike in other tea-growing regions.

Then there is the price for going organic. The yield has steadily fallen from a high of 14 million kg, once the estates started to shun chemical inputs, Mukherjee says. Contracting yields have swelled costs of production, and the industry on average sells 40-50 per cent of the crop at unprofitable prices.

Climate change is another bane—drought in March is quite common now. “Darjeeling tea’s uniqueness depends on temperature, topography, soil composition and distribution of rain,” Mukherjee says. “Rainfall records over the past two decades show that rain on an annual average has gone down by 22 per cent. Instead of being well distributed through the year, it has become erratic.”

Tea grown in the same estate doesn’t fetch the same price all year round—the quality changes with the season. Even tea plucked on the same day may not be consistent in quality as cultivation takes place at different altitudes—the higher the better, says Ashok Kumar Lohia, chairman of Chamong Tea Group, which owns 13 gardens in the Darjeeling hills and exports most of its organic teas. Lohia, like most planters, is guarded about disclosing revenue from exports. He says the GI protection to Darjeeling tea has been a saving grace. “Big global brands are unable to replace Darjeeling tea due to the GI protection,” he says. But, he warns, political uncertainty has made “Darjeeling tea unreliable and unpredictable as a brand to global buyers”.

Anil Bansal of Ambootia Group, with 14 estates, says many estates owners may not survive the crisis. “We are struggling to keep our head above water as exports of our sought-after first and second flush teas took a major hit.” Bansal’s estates find mention in catalogues and stores of Mariage Freres.

At stake due to the debacle is the future of tea factories and estates. “We are in a situation so unfortunate that we trying to somehow save the 160-year industry. No one realises the huge imp­­act of last year’s shutdown. Absentee workers, as high as 35-40 per cent of the workforce, also hampers production,” Bansal says.

Though owners make healthy profits from the early harvests spanning four months, starting April—the first and second flush—they are guarded about earnings. “For the rest of the year, it is a struggle,” Mukherjee says.

Poor production in Darjeeling and a disrupted supply have given space for tea from neighbouring Nepal to make inr­oads into the market, and this may have long-term price implications, Mukherjee portends. “Darjeeling tea is the cynosure of Indian tea, for which we need government support. We need to have a minimum base price, as tea is an agricultural commodity like sugar.”

Many retailers and bulk buyers have switched to Nepali tea, which is similar in character, but much cheaper. There are reports that dishonest dealers are raking in money by mixing the Nepal variety with Darjee­ling tea procured through auctions. “The government needs to punish these people. They are tarnishing the Darjeeling tea ind­­­ustry’s image,” says Mukherjee.

Indian estate owners lobbying for trade barriers on imports from Nepal say the GI tag is only a crutch unless leveraged to create a value proposition in people. But wooing consumers back to the Darjeeling variety has not been easy, and it had a huge imp­act on auction prices this year. Significantly,  political uncertai­nty and unpredictable crops have impacted both exp­ort and domestic consumption. While 65 per cent of teas produced in Darjeeling is exported—major groups like Chamong, Amb­­ootia, Goodricke and Makaibari sell directly to bulk buyers in Europe and Japan—the rest of the industry is dependent on large buyers, who soak up the monsoon produce through an age-old system of auctions.

Militant trade unions have added to the woes of the industry too. “All major political parties have their trade union wings in the gardens, forming a bulk of the votebank and one-upmanship among union leaders have proved detrimental to workers, the fulcrum of the industry,” says a planter.

The sheer barrage of problems ranged against the delicate Darjeeling tea looks ominous, but it doesn’t have to be insurmountable. Improving ground situation, government intervention and a flush or two of the choicest luck can put the colour back on its cheeks.

By Probir Pramanik in Darjeeling