Who Traced The RDX?

Malegaon and the bestselling fiction of Muslim rage and terror 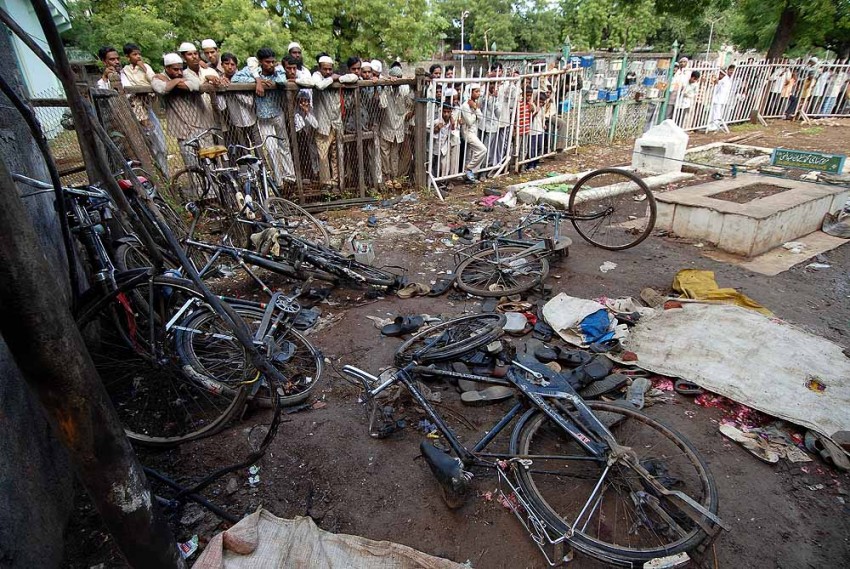 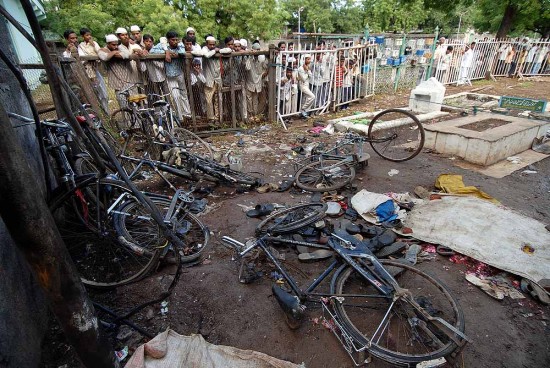 “On the day of shab-e-baraat, Riyaz told me to finish my work early and reach the Bada Kabristan by noon. Riyaz and Rais and two others were already present when I reached.... They handed me one cycle. Then I saw the bomb that we had prepared the previous night, wrapped in a black bag tied to the carrier of the cycle. I parked the cycle in the parking lot of the madrasa opposite the masjid. Then I saw Riyaz hand Rais a black bag carrying a bomb. Rais hung the bag on the gate of the Kabristan. Riyaz and the two strangers who were with him then hung the bomb bag on the wall of the powerhouse opposite the wazukhana.” This was Noorul Hooda’s confession recorded by the SP of Thane Rural on November 22, ’06. His confessional statement, under Sect­ion 18 of MCOCA, became a crucial piece of ‘evidence’ in the ATS investigation of the Malegaon bombings of September 2006.

Now that the NIA’s supplementary chargesheet has destroyed the ATS case piece by piece, one can only ima­gine the torture that must have driven an innocent man to incriminate himself and other accused in the blasts. The Maharashtra ATS is known to house an apparatus of indescribable cruelty. Few emerge from their chambers without having signed a voluntary confessional. The investigation was handed over to the ATS on October 23 that year, and as if by magic, the conspiracy unspooled itself, leading to a flurry of arrests, all accused seemingly gripped by a strong urge to confess to their culpability in the blasts. The ATS chargesheet ran into an overwhelming 2,000-odd pages; 445 witnesses were listed. And yet the same witness is shown to be present simultaneously during the recovery of the clothes of those killed in the explosions and the recovery of a bomb. There was little by way of evidence to substantiate the claims of arms training in Pakistan. Absolutely nothing to corroborate the comings and goings of Pakistani terrorists.

Even though bombs were planted on cycles, a test identification parade to ascertain who had procured those bicycles was never conducted. In fact, the ATS probe tended to ignore the four bombs that exploded within minutes of each other—three in the masjid and the fourth in the busy Mashawrat Chowk, killing 32 people and injuring 312—to focus on the one that did not, an imitation, a mixture of sand and RDX, dangling from a wall four days later. This fake bomb, goes the ATS lore, led them to the godown of battery seller Shabbir, where the soil samples showed up RDX traces. The ‘witnesses’ to the seizure of soil samples later recanted. Shabbir became accused no. 2 in the Malegaon blasts case. It was no more than slight inconvenience that Shabbir was in judicial custody at the time of the blasts, having been arrested in early August, a month before the blasts by the crime branch. But neither this, nor the lack of evidence, proved to be deterrence for obtaining sanction for the draconian MCOCA legislation.

Two thousand pages of lies and subterfuge. Who built it up, falsehood by falsehood? ACP Kisan Shengal, in charge of the probe, also served on the team investigating the Mumbai train bombings earlier in July. Shengal, in fact, sewed the two cases together, charging two of the Mumbai accused with having supplied RDX left over from the train bombings for the Malegaon blast. He sniffed out RDX traces from Shabbir’s godown, just as he recovered RDX from the home of an accused in the train blasts case. The momentous cra­shing of Shengal’s case has the potential to now wreck the prosecution in the Mumbai train blasts too.

But the fallout of the Malegaon frame-ups goes beyond simply one or two cases. Its significance lies in throwing up, yet again, the pattern of our terror investigations. The marking out of the Muslim population as suspect and the breeding of informers, who themselves can be sacrificed without com­punction—which Abrar Ahmed, accused no. 9 was to disco­ver—as the sine qua non of the relationship between police agencies and Muslims. Malegaon must also be held up as an example of how the constructed idea of Muslim rage and revenge has congealed our national narrative of terrorism. Every single confession—dictated now we know by the ATS—alluded to the 2002 Gujarat pogrom, the Malegaon riots that preceded it, and the 30 felled mosques that were calling out to be avenged. But most troublingly, it shows how easy it is to put away people for years. To charge them with crimes so heinous that they could possibly be sentenced to death. With no fear of consequences. Shameless prejudice is matched only by gross impunity. Whether Kisan Shengal will be tried for fabricating evidence and implicating innocents, or he will be saved in the name of the ever-depleting morale of the investigators, we shall only know in some time.