Who Seeks The Lamb’s Consent? 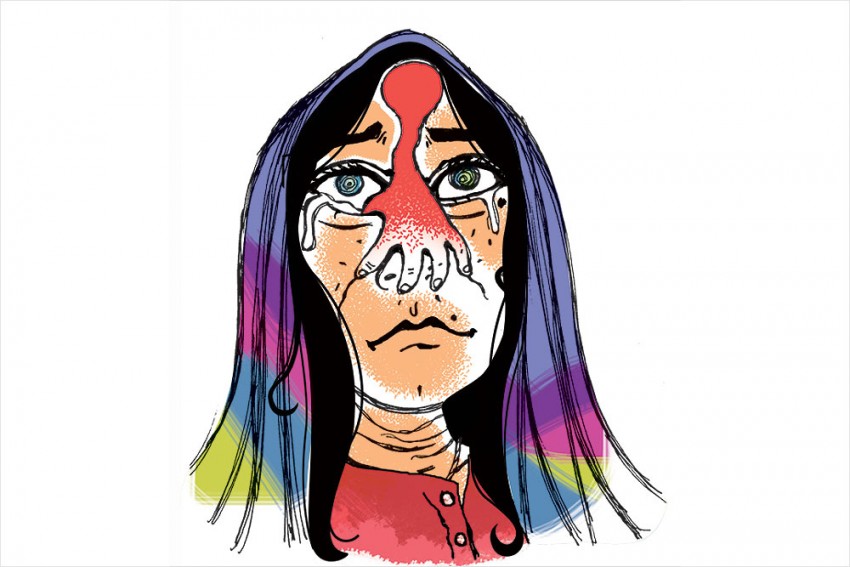 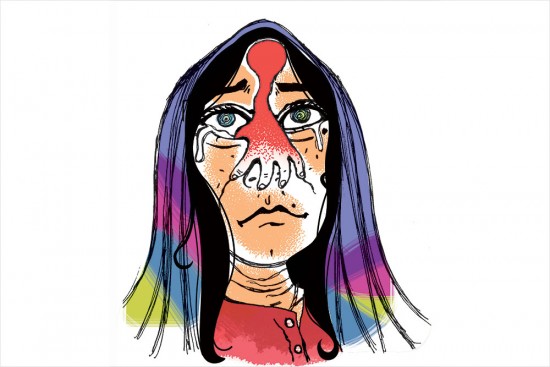 Neeti (name changed on request), a 25-year-old ­homemaker, first wrote to me on Facebook, after reading snippets from my second book, Sita’s Curse, that I was still in the process of writing. For a long time, in fact, her mail lay in the ‘Other’ folder that often remains an anonymously absentee space. She was keen to meet me in ­person and kept ­asking if we could have a personal dialogue. She said parts of her life bore a strange and uncanny resemblance to my novel, as it was unfolding. Truth be told, I was a tad reluctant to take a break from my reclusive and regimented ­writer’s life to meet a veritable stranger, and, quite honestly, I wasn’t even sure Neeti’s story would have any lasting meaning for me. For a while, I stayed numb, until a mail popped up again. “I coming Delhi,” it read. Something primordial stirred in me. And I asked Neeti to meet me at a quaint cafe in south Delhi’s Defence Colony. I also gave the driver directions on the phone.

I still didn’t know that the encounter would finally end, much later, in me ­dedicating my book Sita’s Curse to Neeti, her struggle, her scars, her silences...

Neeti had powerful, dark brown eyes. She wore a printed cotton suit and kept a staunch ghunghat. When asked why she wanted to reach out, so desperately, she looked intently at my face, and told me the following.

I got married at 16. It was an arranged alliance, you know. My picture was clicked in a studio and my in-laws liked my face, my complexion, maybe even my body. When my would-be-husband and his family came to see me, my mother-in-law said I had child-bearing hips. I didn’t know what that meant, really. I was asked not to answer ­brashly or loudly, ask any questions or look up. I wore my grandmother’s ­heavily embroidered sari. My head hurt.

The next month we were married. It was a huge and lavish ceremony that my father spent his last penny on, besides the whopping dowry he had to cough up, the new car he gifted my ­husband and the expensive silk saris and jewellery all my in-laws were bestowed with. I felt like a queen that day, my palms hennaed. My husband was a cloth trader and was heading a family business. He was 34, a B.Com dropout. My mother kept telling me how I should impregnate myself ­quickly and give birth to a son, so that my position in this unwieldy joint ­family could be secured. I didn’t know anything about sex. I was hardly allowed to step out of home, except my school, so my only exposure was some amount of TV. Like any other young bride, I dreamt of a filmi “suhaag raat”.

My husband was drunk and made me wait for almost three hours holding a glass of milk. He didn’t drink it either. He just yanked off my dupatta and asked me to strip, slurring between words. I was anxious and nervous at the same time. I did as I was told, as my husband proceeded to bring out a nylon rope. It was January, and I was shivering, and meekly protested that we could get to know one another. But, before I knew it, he turned me over on my haunches and pressed himself against me, grabbing my tresses and placing a belt around my mouth so that I could not scream. I clamped my eyes shut in trepidation, I had heard about the pain of penetration. I was a virgin.

My husband suffers from erectile ­dysfunction—something that I ­gradually realised when every time after making me do the worst ­imaginable things like urinating on me, beating me with a walking stick, ­putting hot wax all over my body, ­making me wear all strange kinds of outfits, tie me up in chains and lash me with a real whip—apart from forcing me to give him a blow job several times a day, he never really could get an ­erection. And that just added to his anger and frustration, he would drink, make me watch porn forcibly, masturbate to turn him on…. It was clear he was just not able to get a hard on. I was called a “r***i”, and while, I was being tortured by my husband, ­endlessly, my in-laws blamed me for being childless, labelled me a “baanjh” and forced me to observe rigid “vrath”, wear all sorts of “kawach” and drink ­bitter “jadi­booti” with my food. The truth behind why I could not conceive was turned a blind eye to. Repeated requests from my family to take ­“damaadji” to a ­doctor were met with threats that I’d be packed off, or with complaints about my character. I had lost all faith in life, and love. Well, I was just this close to slashing my wrists.

Then one afternoon, in the second year of my marriage, I was told about a family guruji in Indore and I was taken to his ashram where I was told all childless couples are blessed. My ­husband also didn’t touch me for a ­fortnight before we made the trip, his behaviour suddenly a tad softer. I thought maybe my fate would change.

The guruji was much older than my father and started groping me the ­minute we were alone in a faraway kutir. I tried protesting, but he told me that if I created a scene, he would call in my husband and tell them I was seducing him. I was so scared; this was a nightmare worse than my marriage. I was forced to have sex with him all day. I was howling in agony. It was rape.

Later, when I walked out, my insides sore and smarting, I found my husband sitting outside on a stool. I was taken home. I conceived.

My son is six.

I am routinely beaten up and sexually violated. I have no more desire to live, and nor the strength or money to fight and get out. I can’t tell my parents about the guruji as he happens to be revered, and is worshipped by women of all households in my region.

Maybe, I am a whore.

Or, maybe, I just want to breathe.

Someday, I know I will tell my son the truth. When he is older, and I.