'Who Do You Want Congress To Talk To? Karunanidhi? I’ll Speak To Ahmed Patel.’ 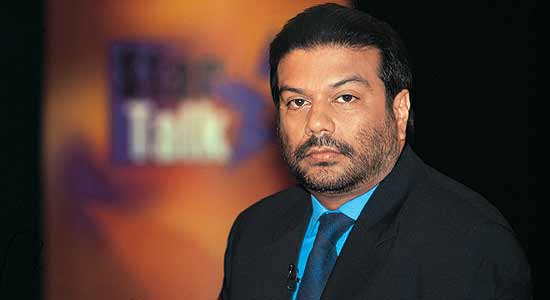 Hear it as they spoke it: The Vir Sanghvi- Niira Radia Tapes

Vir Sanghvi: Hi, can you talk?

VS: You know, Maran did not meet Sonia.

VS: He won’t meet Sonia, he’s been there, they say we’re not treating him as official spokesperson at all. He called just now, I saw your message, he is calling up Ghulam Nabi Azad every half an hour and making new demands. As far as we’re concerned, there are two wives, one brother, one sister, one nephew, it’s all got very complicated for us. We’ve made a basic offer, if Karunanidhi responds to us and tells us he’d like to respond directly, he’d like to talk to Mrs Gandhi, we’d be happy. He spoke only to Manmohan Singh. We’ve told Maran they’ve to come back to us and tell us what they think of our offer. And, apparently the DMK is getting very bad press in Chennai.

VS: So, he said we’re going to wait for two days. Let them come back, we’re of the line that this is not a Congress-DMK problem, this is an internal DMK problem because they can’t get their act together between all his wives and children and nephews. He’s got to get his act together and nominate one person and we’d be very happy to deal with him. We’re not happy with this Maran who keeps calling up Ghulam Nabi and saying ‘talk to me, talk to me’. They are not taking him seriously.

NR: Very interesting. I’m glad you spoke to Ghulam Nabi, did you?

VS: I spoke to Ahmed (Patel). Ghulam Nabi is not a very key figure. Ahmed is the key figure.

VS: Yeah. So, Ahmed says Ghulam has been dealing with Maran. But Ghulam is not our official person and we’re not taking Maran seriously. As far as they are concerned, they’ve asked for five crucial ministries, it’s an idiotic and unreasonable demand. We’ve made them a perfectly reasonable demand. Now, it is for Karunanidhi to get back to us, Kani to come and see us, anyone can come and see us and say I’ll put you on the line with my father et cetera, lines are, doors are, open to her. But we can’t have a situation where Maran keeps calling us and saying I’m the person and telling Ghulam, I want this, I want that, who is Maran?’

VS: Maran has gone back apparently today to Chennai?

NR: Yeah. He has gone back.

VS: Ahmed says, ‘We told him, we told Maran also that we’ll deal with Karunanidhi, so he has gone back. So, they are quite hopeful, they say, we made a very reasonable offer, we have lot of regards for Karunanidhi, we would like to deal with him. We have no regard for Maran.’

NR: Sorry to disturb you. They had a meeting.

NR: M.K. Narayanan had come. And as suggested it was Kani only. But they are still stuck to their four formula and one independent.

NR: But these people will also think about it and let him know tomorrow morning. He (Ahmed Patel) clarified everything.

NR: I think that there was no issue and there was lot of relief from the chief minister’s side. And he realised that, you know, this is all being done by...

NR: Yeah. But the thing is that it appears that he is still under a lot of pressure to take Maran, you know.

VS: Where is this coming from, this pressure?

NR: It’s coming from Stalin and his sister Selvi.

NR: I believe Maran has given Rs 600 crores to Dayalu, Stalin’s mother.

VS: It’s hard to argue with that kind of pressure.

NR: Isn’t it? But if they stick to three and want one independent charge, then Kani gets an independent and then Azhagiri, Baalu and Raja come in.

VS: Unless Maran is one of the cabinet.

NR: Yeah. But I don’t think he can give it to three family members. That will send a very wrong signal.

VS: I am in Jaipur. Coming back this evening.

NR: Okay. I’ve been talking to my Tamil Nadu friends. I don’t know whether you are in the position to get through to anyone at Congress. I met Kani just now.

VS: I was supposed to meet Sonia today but I’ve been stuck here. So, now it’s becoming tomorrow. I’ve been meeting with Rahul, but tell me...

NR: They are not understanding that they are actually communicating with the wrong guy. Not because I detest Maran but actually the father has not nominated Maran to negotiate. Now, you know, it’s like a banana republic where the cabinet...

VS: Then why has Maran become the face, they all hate Maran.

NR: No, he’s not. I know. But the Congress is under another impression. They have already apparently indicated to Maran that the prime minister will not give infrastructure to DMK. But he is desperately pushing for an infrastructure berth himself.

NR: But the problem is that there is a leader which is Kani’s brother who is Azhagiri who’s won that election and he is a mass leader. He controls half of Tamil Nadu. And the father cannot afford to upset him because...

NR: Simply because of his position.

NR: Right now the Congress doesn’t seem to be understanding this.

VS: So, who should they talk to?

VS: Let me try and get through to Ahmed.

Hear it as they spoke it: The Vir Sanghvi- Niira Radia Tapes

‘What Do You Want Me To Tell Them (The Congress)? Tell Me. I’ll talk To Them.’