Gopinath Muthukad is the global king of magic, Merlin 2011 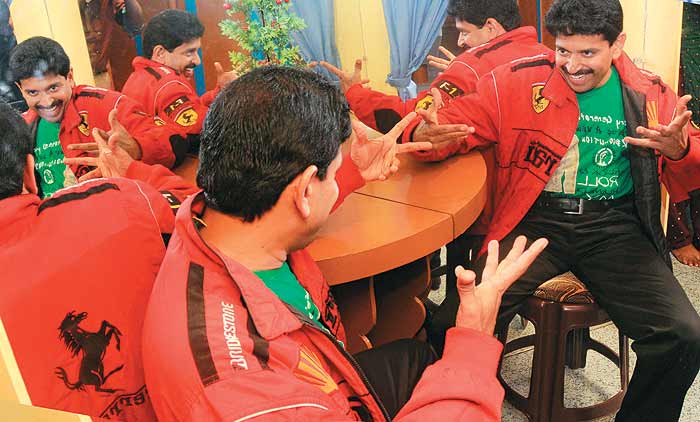 It’s called the Water Torture Escape Act. The magician is handcuffed, put in a plastic bag tied at the top and lowered in a glass case filled with water. Then electricity is passed through the water, and in a minute a spear hanging over the glass tank will slice through it. The magician has to escape from this situation in front of hundreds of gaping spectators. Gopinath Muthukad had spent two years working this act to perfection. The plan: his assistant would put off the electricity from another point, a light at a corner behind the audience would indicate that it was off. Muthukad had a hidden key to open the handcuffs. So the act began, the countdown for the spear to skewer down started, he quickly released the handcuffs with the keys, but the light in the corner never came on. The water tank was still charged. Thirty seconds, 20 seconds, the light still wouldn’t come on. Fifteen seconds and someone finally pulled the wires from the socket and Muthukad tore himself out of the tank. “In all the tension, my assistant forgot to put the electricity off. It was a really close shave,” he says still shuddering at the thought.