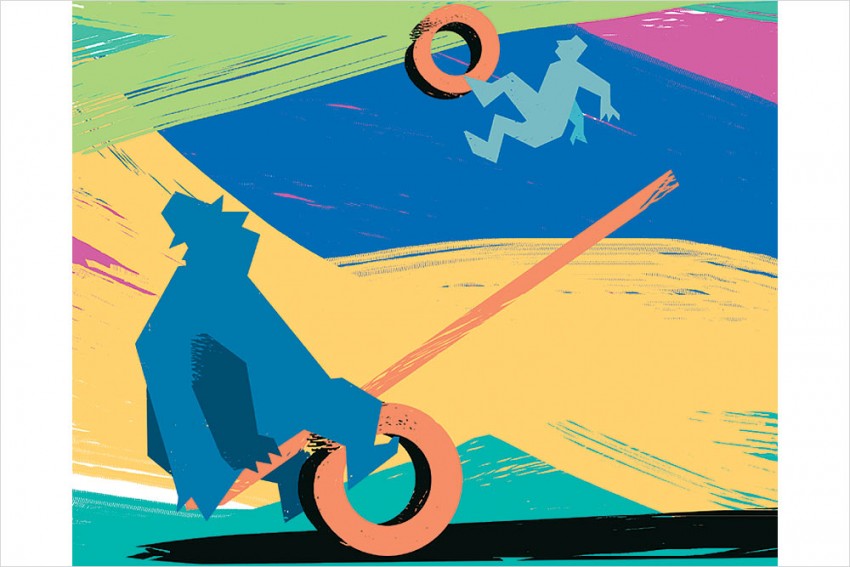 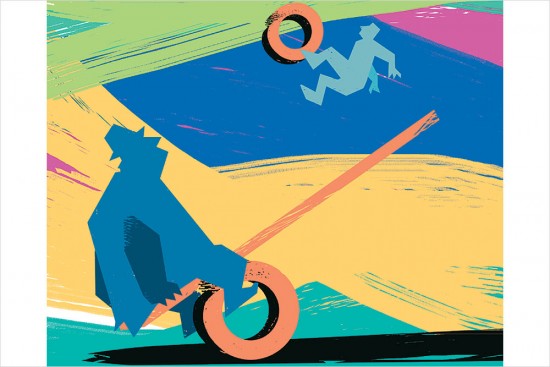 Savings account or a recurring deposit account is usually the first account in the life of most Indians, and often their first encounter with banking. It is by handling this account that most of us learnt how to save from pocket money or put aside money received as a gift or on winning a cash prize, and later, from our earnings. Changing savings trends have led some banks to introduce provisions whereby, beyond a certain threshold, the extra fund would be parked automatically as fixed dep­osits (FD), fetching higher interest returns.

Over the past few years, the advent of some new private banks has brought in a change many may not have noticed—banks offering more than four per cent annual interest rate, the minimum prescribed by the Reserve Bank of India for savings bank (SB) account in 2011 with the deregulation of int­erest rates. “On small amounts, you will not earn as much int­erest rates. Some banks are using the freedom given by RBI to give higher interest rates to increase their CASA (Current and Savings Account) deposit,” says Ashok Rawat, consumer act­ivist and former honorary secretary of the Mumbai-based All India Bank Depositors Association. “Some banks have enough CASA deposit. They cannot, in fact, lend a lot of money as they are not good borrowers. They don’t offer more interest rate on savings bank accounts. Banks with poor CASA deposits are offering more interest rate on savings accounts.” RBL Bank, Kotak Mahindra Bank, Yes Bank, Lakshmi Vilas Bank and Ind­usInd Bank are among those offering more than 4 per cent interest return on savings account. RBL Bank offers the most attractive returns ranging from 5.1 per cent to 7.1 per cent, while Yes Bank offers a minimum 6 per cent return on savings account, which is comparable with a fixed deposit return.

There is, however, a catch. “You can’t compare just the int­erest rate,” says Animesh Chauhan, who retired last month as CEO and managing director of Oriental Bank of Commerce. “When comparing the minimum balance and type of services, what is expected of a PSU is much more.”

The RBI has prescribed that each bank will have to offer a uniform interest rate on SB deposits up to Rs 1 lakh, irrespective of the amount in the account within this limit. “For SB deposits over that, a bank may provide differential rates of interest, if it so chooses, based on certain terms and conditions,” says Adhil Shetty, CEO and co-founder, BankBazaar.com, a leading online credit processing platform. “The rate of interest offered by a bank is a function of their asset liability position, which varies across banks at any given point in time. Hence, there is a difference in the rates of interest offered by various banks on different schemes, at different times. That said, for some of the banks, increasing the rates by 1 per cent could mean a rise in cost by almost Rs 100 crore. So, increasing SB interest rates depends on whether the raise can provide the bank with a commensurate increase in cash flow.”

A US-returned entrepreneur, Shetty, who has done specialisation in International Finance and Business from Columbia University, says SB interest rates in India compare favourably with global rates, which range from 0.2 per cent to 4 per cent. A significant number of countries that offer a higher interest rate also battle high to very high levels of inflation.

In India, under the RBI mandate, interest on savings account is calculated on a daily basis based on your closing amount. The interest accumulated is to be credited to your account on a half yearly or quarterly basis, depending on the account type and the bank’s rule. However, earlier this year, RBI advised banks to credit the interest on SB accounts on a quarterly ­basis, a move that is more beneficial to the customers.

While some banks offer higher interest rates, not many would be able to gain from it, considering the high ­minimum balance requirement.

C.H. Venkatachalam, general secretary of All India Bank Employees’ Association (AIBEA), however, feels that banks in India are not being fair to depositors, particularly SB account holders. “While the borrowing rate has gone up, the SB interest rate has been constant at 4 per cent for alm­ost 15-20 years in PSU banks. Only a few private sector banks are giving higher interest rates, almost at par or even more than fixed deposits in some cases,” he says, and goes on to point out that, unlike borrowing rates, the interest given on fixed deposits has come down from 10 per cent in 2010 to less than 7 per cent in all categories.

Being the main source of funds for the bank, one would expect that savings accounts and fixed deposits would be encouraged by paying more interest. On the contrary, most banks seem to be either maintaining a constant interest rate or bringing it down in the case of FDs. The change, although restricted to a few banks, has come with the RBI having allowed new banks to start operations in the last few years. Increased competition in the banking and financial sector has led to new schemes and plans being launched to woo customers. Even as the PSU banks are complacent, assured of the loyalty of regular customers, several new banks are offering a higher rate of interest for the money in the SB account, provided certain terms and conditions are met. For example, the RBL Bank offers 7 per cent interest for accounts with a daily balance of above Rs 10 lakh, 6.1  per cent for those above Rs 1 lakh and 5.1 per cent for those up to Rs 1 lakh. Others allow you to automatically transfer surplus fund above a threshold limit from the SB account to term deposits opened in multiples of Rs 1,000.

Rawat points out that private banks offering higher interest on SB accounts can be a boon to a person not keen to lock up money in an FD, which offers higher interest rates. In fact, what RBL Bank and some of the other private banks are offering is comparable with the FD rates, which vary from bank to bank, even among public sector banks. “Unlike in a fixed deposit, here the advantage is that even if you use part of the money in your savings account, provided you maintain the prescribed minimum—in some banks it is Rs 1 lakh—you will continue to earn higher interest rate,” he says. “You have more flexibility in withdrawing the money in a savings account, which is not the case in a fixed deposit as you cannot prematurely withdraw the money without losing on the interest payable.”

The government push towards a less-cash economy post-demonetisation is taking time as most households, and even traders, continue with cash payments in their everyday transactions. The new fees beyond four deposits and withdrawals from SB accounts in a month could discourage the habit of small savings, a norm in numerous households. While some banks offer higher interest rates, not many would be able or keen to capitalise on it, considering the high minimum balance requirement. Understanding the dil­emma, many private banks are customising plans to help customers realise short- and long-term financial goals with different types of savings accounts, such as specialised accounts for kids, women and pensioners. Some banks offer higher interest rates for high-income individuals, particularly women, who are willing to put aside substantially towards savings and investment.

In an op-ed earlier this year, Barendra Kumar Bhoi, former head of RBI’s monetary policy department, sought the regulators’ intervention for urging “banks to adopt a market-based benchmark to arrive at the interest rate on the variable portion of SB dep­osits. So far as minimum balance in the SB account is concerned, there is a clear case of pricing the same at par with the one-year FD rate.” Currently, banks, including PSUs, set a minimum balance for various accounts and levy fine every quarter for not maintaining a minimum balance. Sometimes penalties wipe out the entire balance. Surely, not a safe place to park money?

Shetty feels that banks are still an exc­ellent savings option for the sec­urity and liquidity they provide. Even in the best of times, though, the retu­rns from banks aren’t inflation-proof. For high returns that can hedge aga­inst inflation, people need to look bey­ond banks and FDs to other equity options like mutual funds.

May I Overcharge You?