When You Melt It Down

Looking for war medals, it comes for the metal’s price 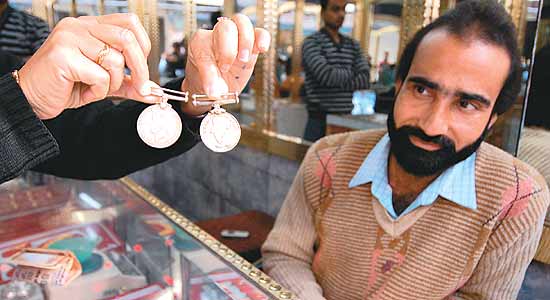 Buying a British era medal belonging to an old soldier is easy enough if  you potter around the bylanes of Punjab and Haryana’s small towns. In one such bylane, in the town of Balachaur in Punjab’s Hoshiarpur district, is Aman Jewellers, a hole-in-the-wall shop frequented by customers from nearby villages. Off and on, families of soldiers come here to flog old medals. Shops like these are the first step in a medal’s journey from the awardee’s family to a collector. “Agents from Delhi and Chandigarh come to us once a week or so and buy up these medals. We sell them at the current rate of the metal of which the medal is made,” said Aman, the owner, matter-of-factly. The day we visited, he had two medals to sell. I decided to buy one of them, a War Medal 1939-1945, awarded to soldiers who had fought in World War II. Though not a gallantry medal, it is a collectors’ item nonetheless, with a bust of King George VI on one side and a lion standing on a double-headed dragon, on the other. All it cost me was Rs 900, a calculation based on the price of silver that day.