When The First Dew Had Just Evaporated

The unsure steps into teenagehood marked a year of lost illusions. It laid the foundations of the modern state and determined India's role in global politics. 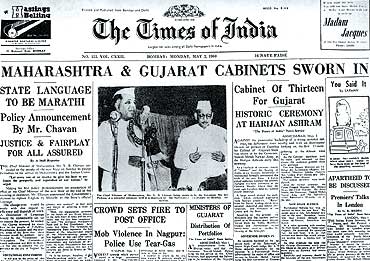 In 1960, Nehru discovered the perils of walking the third-way tightrope he’d thrown between consensual socialism and international non-alignment. By 1959, it had become painfully clear that the ambitions of the imminent third five-year plan would fail for lack of funds. Salvation, Nehru claimed, lay in emulating China. Currently elevated by their Great Leap Forward, the Chinese were reporting miraculous increases in agricultural productivity to plan-smitten Indian officials. Investment shortfalls would be irrelevant if only India’s underemployed peasants could be harnessed into a great network of cooperatives. But almost at once, the cooperative idea ran onto the rocks of the re-energised Indian right and the unexpected nationalism of China—so recently hailed as India’s ‘bhai’. Unluckily for Nehru, his passion for a sinified economic policy had bloomed at the very moment that relations with China itself were unravelling. The smouldering Tibet issue had caught fire following the Dalai Lama’s flight for refuge in India, and the Indo-Chinese border question was about to explode.

Meanwhile, the formation of Swatantra, a professedly secular party of business and right-wing Congress rebels (including the great nationalist war horse Rajagopalachari), along with the emergence of the formidable Jat politician Charan Singh, suggested the possibility of a new political alignment that could scythe through Congress dominance. Throughout 1960, Nehru was caught in a left-right pincer movement. Assailed by Swatantra as the enemy of freedom and lick-spittle of international Communism, he was simultaneously denounced by the Chinese Communists themselves as an imperialist running dog for refusing to renegotiate India’s Raj-defined borders. Tempers were not cooled by the provocative presence of Nehru’s close friend (and India’s defence minister), Krishna Menon. Menon was widely suspected of being an agent of the USSR.