Uday Prakash, the first writer to forsake his Akademi award, rues the shrunk world he inhabits 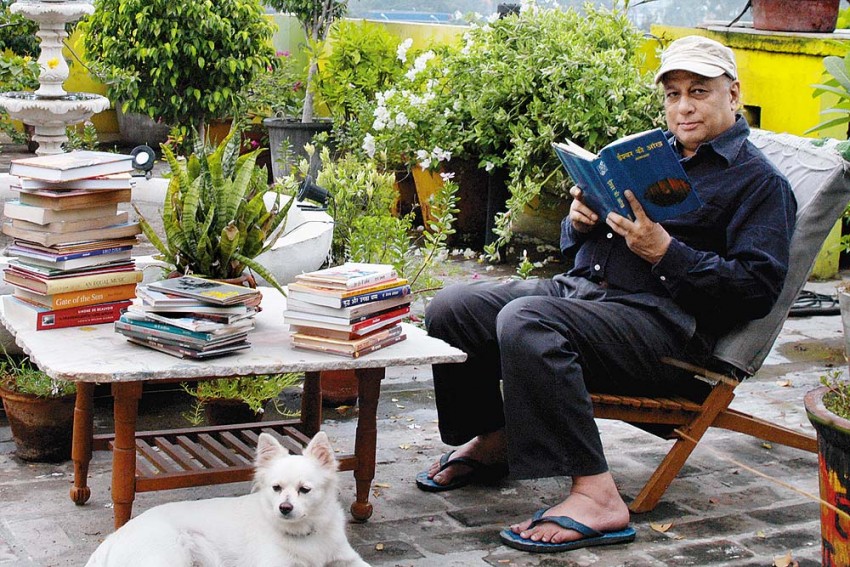 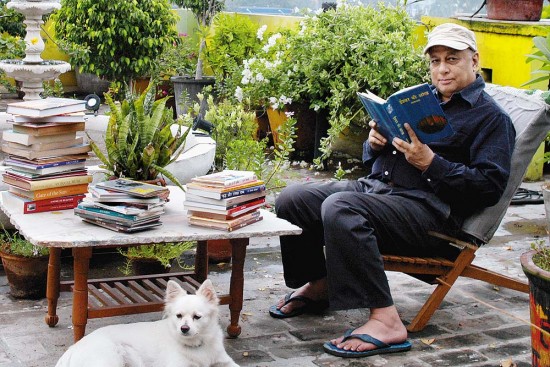 The writer writes in his lonely tower, unafraid of words or feelings. Uday Prakash, among Hindi literature’s foremost figures, shatters this stereotype. He wasn’t always afraid, but now he is. He was bold enough to learn Hindi and choose it to write in, although he grew up speaking Chha­ttisgarhi in a village 1,037 kilometres from Delhi. But, a month after he gave up his Sahitya Akademi award, Uday Prakash is afraid. Afraid they’ll come for him. For, didn’t they go after A.K. Ramanujan’s many Ramaya­nas? Didn’t they reject the multiple civilisational lores of the great Indian epic for a single, monolithic version? Didn’t they lynch Kalburgi, ignoring his works, over a mere quotation from U.R. Ananthamurthy that was falsely, malignantly, ascribed to him?

Aren’t they going after ‘secularists’, rati­onalists, writers and artists, anybody who preaches peace, not war? “Indeed, I’m afraid. I felt afraid as a writer, that’s why I gave up the award. After giving it up I was afraid for I felt alone, isolated on a podium,” he says.

Now, Uday remains anxious, for he is identified by websites and TV’s flickering screens as The One. He was ‘the first’ to forsake the award, to start it all. “Some say I inspired them to give up their own awards. I tell them, the one who inspires is always made a victim,” he says.

He speaks now of further isolation, of feeling even more vulnerable, also bec­ause he writes in Hindi. Writers like him speak of a ‘dark India’, the India of khap panchayats, suicides, joblessness. “Not for us the privileges of a Chetan Bhagat,” he says. Bhagat wants writers like him to relinquish their passports, like criminals without a crime.

Now that the middle class has died and res­­urrected as ‘neo-rich’, prices of onion or public transport have no resonance in the int­­elligentsia. ‘Language writers’ are silent targets against the din of ‘development’.

Such are the life and times of our writers; they wonder aloud about the wisdom of rati­­onalists taking morning walks. What if two men bearing guns were to drive past.... “That is how Pansare was killed. Such things never happened before,” Uday says. It’s fine for the Sahitya Akademi to say they never speak up on anything, but don’t they also assert they’re autonomous? “They hold many condolence meetings—but for writers who only they have heard of,” he laughs.

Cyberspace and TV are rife with messages for and against him. His Facebook wall is full of flotsam.

Uday Prakash the writer can tell you he doesn’t mix with just other writers. “Once you step out, you find people are not just biomass. Everyone has a life and a wonderful story,” he says. In this school of thought, friendly relations throw up narratives, a story. While writers and poets forged such intimate connections, something changed in India. Seen through Uday’s large, thoughtful eyes, we have been atomised. The TV cut off individual families from communities and the mobile revolution wrecked conversations within family members. Now, only technologies roam free, wildly out of control. TV debates present him as an enfant terrible. He saw his photo next to culture minister Mahesh Sharma’s on TV. The caption read: ‘Sahityakar versus Sarkar’.

“I never thought of Mahesh Sharma or any politician when I gave up my award,” Uday says. In fact, Mohammed Akhlaq’s lyn­c­h­­ing in Dadri came after he gave up the award.

In a corner of his book-lined study is a photograph of a function he attended with Yogi Adityanath, riling leftist friends. “I went to the function to commemorate a dead relative. I swear I’m aligned to no party,” he says.

Regardless, cyberspace and TV are rife with messages supporting and decrying him. His Facebook wall is full of flotsam. He spa­res half an hour for them daily, panic rising.

Last week, his mobile phone was switched off for two hours after a long flight. His wife Kumkum frantically called friends—it was a false alarm. Uday says, “Every writer is punished, exiled, slandered, hanged....” The remark, an un-prediction from one who visits no holy baba, hangs in the air. “They talk about hurt feelings triggering crime, but why are nobody’s feelings hurt by Asaram Bapu, who has fooled thousands?”

The writer has many windows leading to solace. He can retreat to the safety of Digital India, smart cities, GDP or ‘beating’ China. “Kalburgi was a great scholar and an old man. I can’t brush off his murder,” Uday says. In an India where Ghulam Ali is a Pak­istani, a Muslim, nothing more, every ghazal, nazm, tarana and khayal sings a note of fear.

Bring Out The Brushes: Tug Of War Over A Tin Of Tar