When A Star Shoots The Moon

Brash, bold and maybe not so beautiful—a new crop of young actors makes a career out of defying convention and flirting with danger 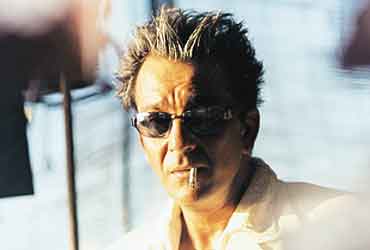 outlookindia.com
-0001-11-30T00:00:00+0553
"The first thing you learn to kill is your ego." That's the terse tag line for The Seven Deadly Arts, a new National Geographic series where Akshay Kumar expounds on the martial arts. Performer-turned-pedagogue Kumar seems to be that rare actor who practices what he preaches. Despite being on the A list in Bollywood, a place where megalomaniac heroes painstakingly ensure they only act in films that enhance their god-in-human-form images. Says Kumar, "I'm willing to play even a character role provided I have a strong role."

This is the same man whose career strategy seemed summed up till recently in one word: khiladi. But today, Kumar, who has acted in half a dozen hit films whose titles included that lucky word, is a card-holding member of a recently formed but fast-burgeoning club comprising young actors for whom any form of image straitjacketing is anathema. 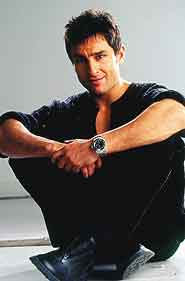 Ajay Devgan, Sanjay Dutt, Akshay Kumar, Akshaye Khanna, Saif Khan, Tabu and Abhishek Bachchan-they are the brave new breed who refuse to rely on pre-chewed, easily digestible stereotypes. They are not only willing but eager to play off-kilter characters, adopt startling new looks in keeping with their roles and even, in a minor vein, relinquish a romantic lead opposite them for the traditional song-and-dance routine.

These actors are taking what conventional wisdom would call 'career risks'. And they are doing so not when they are at the fag end of the public attention span or when their professional life has hit a speed-breaker, but in their prime.

As a journalist, one hears stars express a desire to do something different ad nauseam, and there have been some path-breaking instances; but now we have a singular scenario in which a clique of actors is putting their money where their mouth is. As more Hindi filmmakers think outside the box, actors too have kept pace and are ready to bring these novel visions to life. Playing just a stud is a dud; alt actors are in. 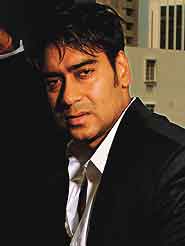 "Ajay Devgan is the one who took it on himself to bell the cat," says Madhur Bhandarkar, who helmed the oft-lauded Chandni Bar. He has never worked with Devgan but is fulsome in his praise of him: "After he showed that you can take on risky roles and still retain your stardom, several actors have taken to experimenting with their body of work." "And Tabu," he adds, "I would describe as the female Ajay Devgan."

Devgan, a two-time national award winner (Zakhm, The Legend of Bhagat Singh), is inspiring widespread praise for his carefully deliberated choices. "In Bhoot," says Bhandarkar, "Urmila had the author-backed part while Ajay's character could have been slotted by some as a supporting, Vinod Mehra-type role, yet he was remarkable." In Khakee, Bhandarkar was impressed with Devgan's display of calm malevolence as a no-explanations-offered villain. "It was a class act."

The taciturn Devgan began his career with early '90s actioners like Phool Aur Kaante and Dilwale, but towards the end of his first decade, he veered towards directors like Govind Nihalani (Takshak) and Prakash Jha (Dil Kya Kare, Gangaajal). Now slated to work on Jha's Rajniti, Aparna Sen's Gulel and Rituparno Ghosh's Raincoat, Devgan's made his enthusiasm for the offbeat clear.

Like Devgan, Akshay Kumar too began his career with action films in the '90s and, for almost a decade, was the king of convention. Kumar may not have a Stanislavsky portrait tattooed on his forearm but his recent oeuvre bears testimony to his resolve to rewrite his story-in the Priyadarshan-directed Hera Pheri, he essayed the role of a jobless, down-on-his-luck kidnapper who neither romances any heroine nor romanticises his deep grey character. After playing the blackmailer in Ajnabee and a serio-comic don in Awaara Paagal Deewana, in Rajkumar Santoshi's Khakee he was an unscrupulous cop taken for a ride by a ruthless Mata Hari (Aishwarya Rai).In the climax, Devgan mows down Akshay in full view of an acquiescent Aishwarya. Though Kumar had some genuinely funny lines, he ran the risk of his character being labelled a sucker, or worse, a loser in an industry where the hero equals a winner. But Kumar did not think twice before placing his macho image in the line of fire. Once he relied on death-defying stunts for an adrenaline rush, now he seeks out unconventional roles for a high.

Akshaye Khanna chooses to adopt a shrugged-shoulders, how-am-I-different attitude. However, he is among those actors unwilling to follow unwritten but deep-set rules. The twentysomething hero proudly sports a semi-tonsured look unlike other Bollywood heroes who go scrambling to the hair weaver at the first sign of a bald spot. Khanna's no slacker at picking up disparate roles either. After playing the sensitive painter in love with an older woman in DCH, he was seen as a money-grabbing weasel willing to sell his girlfriend in Humraaz.

Suddenly, in a receptive-to-change industry, heroes can actually improve their standing by essaying unconventional roles. Khanna's DCH co-star Saif has made his mark with a keenly unconventional sense of humour which permeates his work, whether in a thriller like Ek Haseena Thi or a chiller like Darna Mana Hai. In films like Pyaar Ke Liye Kuchh Bhi Karega and Kal Ho Na Ho, his affable, slightly clueless characters upturned the conventional wisdom that heroes have to be perfect.

Even a newcomer like John Abraham is going vroom with a view. He is all gung-ho about Yash Chopra production Dhoom in which Abhishek Bachchan is paired opposite Esha Deol, and Uday Chopra romances Raima Sen, but John's romantic interest is Hayabusa. "A Hayabusa," he explains, "is a 1,300 cc bike that can do 350 km an hour."

When well-entrenched macho stars like Hrithik Roshan choose to play a special child in Koi Mil Gaya or when Sanjay Dutt nurses a desire to do something different with Munnabhai MBBS, you know the film industry is looking healthier. 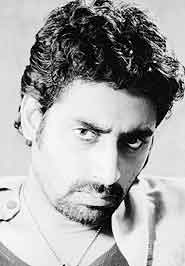 Especially since it seems to propel young 'uns like Abhishek Bachchan to give an unrestrained yet well-judged performance in Mani Ratnam's Yuva. In the film, Abhishek is a brutal ruffian with a primal edge, not above cuffing his wife but whose sense of betrayal and abandonment is also palpable. There's no pat salvation for his character at the end of the film, yet Abhishek doesn't flinch from showing his defeat. Now he is collaborating with another filmmaker known for breaking new ground, Ram Gopal Verma, in Naach. Says he, "I'd attribute this upbeat and exciting trend in filmmaking to the audience. Today, they're willing to accept unconventional films."

And by accepting unconventional-even deviant-roles, a new breed of actors is redefining the rules and vocabulary of stardom, perhaps even the sacred paradigms of the Hindi film industry.