The wildlife in Bandipur is endangered by highway traffic 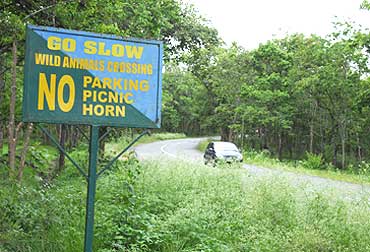 It's the animals that suffer. D. Rajkumar of the Wildlife Conservation Foundation (WCF), Mysore, explains: "Roads disturb the integral landscape and spatial patterns in a wildlife corridor. Animal paths are genetically coded and if the roads intersect these paths, the animals suffer."