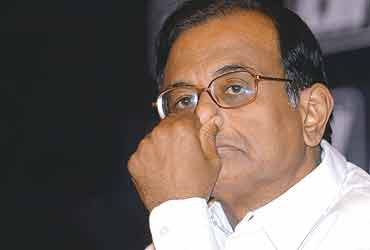 outlookindia.com
-0001-11-30T00:00:00+0553
Press Note 18. It's a one-page note issued by the Union industry ministry on December 14, 1998. For foreign firms, the three clauses are meant to act as guidelines "pertaining to the approval of foreign/technical collaborations under the automatic (FDI) route with previous ventures/tie-ups in India." While it looks like any other clarification, the seemingly harmless paragraphs have created a furore in both political and business circles. Foreigners see it as the most obnoxious entry barrier and the biggest impediment to FDI inflows; Indian industry views it as a protector of its interests in the ugly—and often unfair—tussles with foreign partners; and politicians take a stand depending on whether they want to be viewed as pro-reforms or anti-reforms, pro-MNCs or against them.

Almost everyone has a view on Press Note 18. Now that the government plans to scrap it, the debate on it has acquired a nationalist tone and the battle is being billed as swadeshi vs videshi. The critics of the note include the two reformers—PM Manmohan Singh and FM P. Chidambaram—and foreign investors led by US-based MNCs. Its supporters include industry associations FICCI and CII, Indian firms that have existing joint ventures (JVs) with foreign partners, the Left and the swadeshi brigade. "What happens to the note will give a global signal whether the PM and FM can initiate serious reforms in India," says a Delhi-based lobbyist.

But what are these clauses? And why do they invoke such extreme reactions? Simply put, the note states that the "automatic route" in most sectors will not apply to foreign firms who either had or have JVs or technology/trademark agreements with Indian partners in similar areas. In case the MNC wishes to start a new venture, it will need a clearance from the foreign investment promotion board (FIPB). The onus is on the foreigner to justify that the venture "would not in anyway jeopardise the interests of the existing joint venture or technology/trademark partner or any other stakeholder". In practice, it means the foreign firm has to get a "no objection" from its existing or erstwhile partner(s).

Herein lies the crux of the problem. Since one can't expect an Indian promoter to say yes to a new venture by his foreign partner, the "no objection" is almost an impossibility. It's a way to nip the new proposal in the bud. Thus, foreign investors see it as an antithesis to India's claim that it wants to woo FDI. Pallavi Shroff, a partner in the law firm Amarchand Mangaldas, has opined that the note "contradicts the Indian government's promise to create a foreign investment-friendly environment."

What's worse is that the Indian firms have misused the clauses to block the entry of foreign investors. In the BAT-ITC case, the politically savvy chairman of ITC, Y.C. Deveshwar, used his clout to stall BAT's move to hike its stake in the Indian venture in the 1990s. And when the British cigarette giant wanted to hit back by setting up a new company to market its premium brands (like 555), ITC used Press Note 18 as an effective tool to tire out BAT. Ultimately, BAT had no option but to bow down to Deveshwar's wishes. Similarly, Modi Entertainment, which had a rocky JV with the Walt Disney group, stalled the latter's move to start a TV channel. Now that the JV is dead, the FIPB has allowed Disney to go ahead with its plans.

Shockingly, firms like Graphite India refused to give a no-objection certificate (NOC) although its JV with the Saudi Arabia-based Amiantit had expired. Or take the case of the Birlas, who refused an NOC to their US-based JV partner, Kennametal, which was legally obliged to make a public offer to increase its stake in the Indian entity under the Takeover Code. In the last two cases, the FIPB waived the NOC requirement, but it did lead to unnecessary troubles."We know Indian companies have taken advantage of the rules," admits Rahul Bajaj, chairman, Bajaj group. A recent letter by Y.K. Modi, president, FICCI, which opposes the scrapping of the note, to Manmohan stated that "it is true that some instances of undue rent seeking by companies have taken place under the guise of Press Note 18."

On the flip side, Amit Mitra, secretary general, FICCI, believes that the note has helped "safeguard shareholders' interests, as well as that of financial institutions and promoters from predatory investments in the same line of business by MNC partners." Adds CII president S.K. Munjal: "The withdrawal of the note will give foreign companies the option of suddenly and unilaterally withdrawing from joint ventures to set up independent subsidiaries." In fact, FICCI president Modi claims that "during the 20-30 foreign trips I have made in the last year, not one (foreign) businessman has told me that this (the note) is coming in the way of (foreign) investments."

For such supporters, the need for the note is proved by the recent spat between Maruti Udyog's minority partner, the government of India, and its majority owner, Suzuki of Japan. When Suzuki unilaterally decided to set up new ventures to make diesel engines and high-end cars without involving Maruti in any way, the industry ministry had to invoke nothing else but Press Note 18 to stop the Japanese partner in its tracks. Finally, Suzuki had to give substantial stakes to Maruti in both the ventures.

An objective look, however, tells a different story. Fact is, Press Note 18 has to undergo a change and shouldn't survive in the present form. CII director-general N. Srinivasan offers a solution. "It should be diluted, but altered to give breathing space to the joint venture for a certain period in case the foreign partner wishes to start a new venture," he explains.

In the best-case scenario, Press Note 18 should be scrapped. For, what we're talking about are commercial issues and the JV contracts should address the problems that can arise between the two partners. Agrees a senior manager in a Delhi-based firm, "This will be a more effective way to solve the problem." In developed countries, commercial JVs do have a "conflict-of-interest clause that prevents sudden reversal of long-term business contracts."

FICCI says such contracts include a three-year cooling-off period to ensure that the brand name created by the JV can't be simultaneously exploited in case the foreign partner wishes to start a new venture. That's why the Hero group, the Indian partner in Hero Honda, got a four-year breathing period before Honda of Japan was able to launch motorcycles on its own. Unfortunately, in India only a few JVs have this clause. Probably, it's time for Indian promoters to become legally smarter rather than beg policymakers to protect their commercial interests.

The Targets Of Suspicion