What Will History Say? 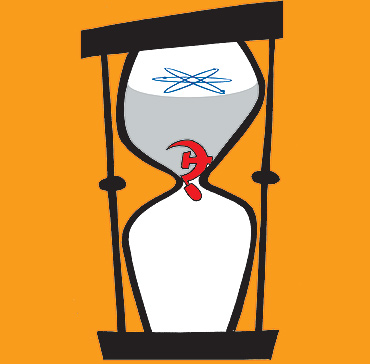 Every word he said is true but why is the prime minister making a case for an action that he already has the Cabinet's approval for? Who is he pleading to? Who can he plead to other than himself? The obvious answer is that he was pleading to the Left to come to its senses and show a modicum of patriotism. He is pleading to the confused and faint-hearted in his own party and the members of the NDA to show those same qualities. But he should know better than anyone else that if they had shared his sense of responsibility and deep commitment to India, the deal would have gone through long ago. So what should we read into his eleventh hour reminder to the people of India?

One possibility is that the government has decided to sign the safeguards agreement with the IAEA irrespective of what happens in the coordination committee and is appealing to the people over the heads of politicians. But if it is prepared to do this now, it could have done so many months ago. It has been apparent for some time that the deadline that the Bush administration had given India—of June '08—for clearing the way for the 123 Agreement, overestimated its own capabilities. So rapid have Bush's fall from grace and Obama's rise been that it is doubtful whether Bush could have pushed the agreement through Congress let alone the Nuclear Suppliers Group in the remaining weeks. But only eight days of even this last period of grace are left and the government still remains locked in its self-induced paralysis.