What Shall We Love? 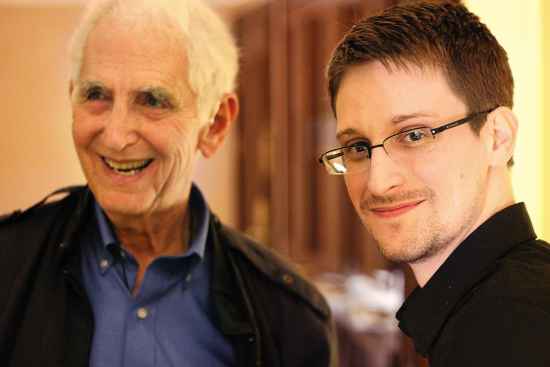 The Moscow Un-Summit wasn’t a formal interview. Nor was it a cloak-and-dagger underground rendezvous. The upshot is that we didn’t get the cautious, diplomatic, regulation Edward Snowden. The downshot (that isn’t a word, I know) is that the jokes, the humour and repartee that took place in Room 1001 cannot be reproduced. The Un-Summit cannot be written about in the detail that it deserves. Yet it definitely cannot not be written about. Because it did happen. And because the world is a millipede that inches forward on millions of real conversations. And this, certainly, was a real one.

What mattered, perhaps even more than what was said was the spirit in the room. There was Edward Snowden who after 9/11 was in his own words “straight up singing highly of Bush” and signing up for the Iraq war. And there were those of us who after 9/11 had been straight up doing exactly the opposite. It was a little late for this conversation, of course. Iraq has been all but des­troyed. And now the map of what is so condescendingly called the ‘Middle East’ is being brutally redrawn (yet again). But still, there we were, all of us, talking to each other in a bizarre hotel in Russia.