What Next? A Pragmatic Chat 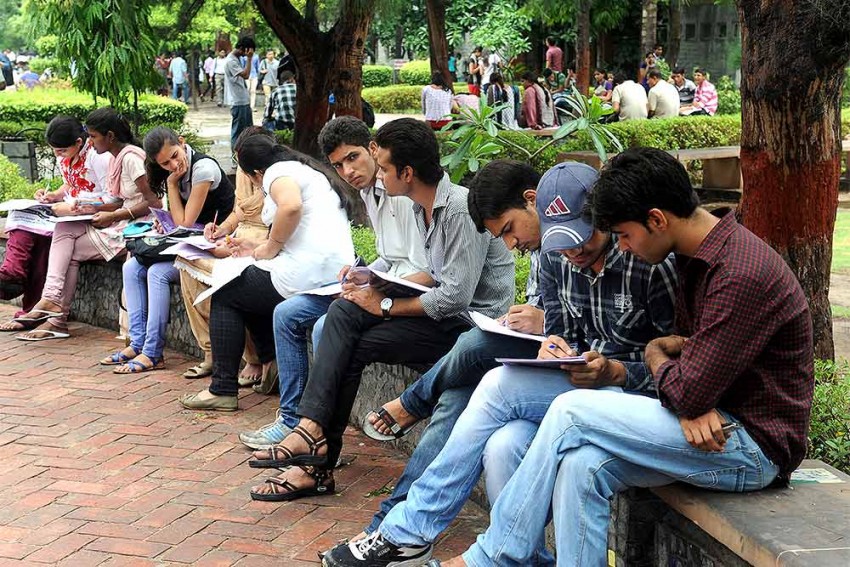 Future Tense
Most students have no idea what they want to do—­delaying a decision may help
Photograph by Tribhuvan Tiwari
Dhruva Nath July 26, 2018 00:00 IST What Next? A Pragmatic Chat 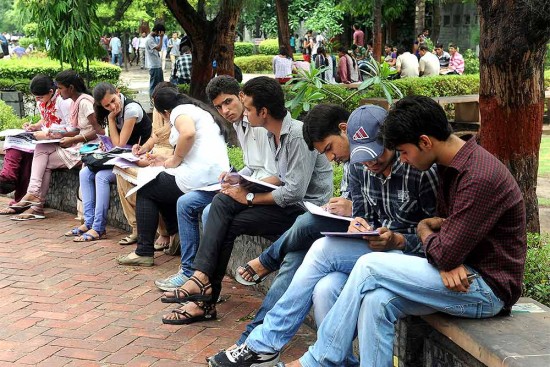 The atmosphere in the room was heavy with expectation. Four young students—two boys and two girls—each of them from class 12, and each looking more lost than the other. Life after school loomed in front of them, and it was not a happy thought. Simply because, like most students in their age group, they were utterly confused about what to do next.

Along with these students came two worried-looking parents. And they were all in this room to meet a professor, someone who had spent several years working in the industry and had since moved to his current academic position at a premier B-School. Would he be able to bring some order into their thinking? The students as well as their parents were desperate, and willing to give him a chance. And so the questions came in thick and fast. Starting with the first one, “Sir, I have been advised to take up engineering because of the number of opportunities available after this. And money. But I’m not really keen on it. What should I do?”

The professor smiled. He had seen many, many students over the years, and the questions were always the same. “My friend, let’s look at a typical career—you would start this car­eer at the age of 20 or so, and carry on till about 60. Right? So that’s a career span of about 40 years or more. And this is very, very important, so listen carefully. If you do not like a particular career—say engineering—can you possibly live through those 40 years? Imagine how unhappy you would be!”

He looked around the table for effect, and then continued, “Money is important, but it is far more important to be happy doing what you do. And that’s the most important principle in choosing a career—take up something you like, and are hopefully good at. Not something which you don’t like, just because it gets you money.”

That made sense to the youngsters. After a pause, the student continued, “Sir, I like sketching and painting. So should I take up fine arts?” At this, one of the girls nodded vigorously. She had the same question.

The professor smiled again. “When I told you to take up something you liked, remember, that is not the only thing to keep in mind. You also need to look at opportunities in the field. So if you’ve done a Bachelor of Fine Arts, what are the opportunities in front of you? You could join an ad agency. You could also join a publisher. Or you could freelance. But the number of options open to you is fairly limited. And if you are freelancing, money is likely to be a major concern, except for a tiny few who are at the top of the profession.”

The youngsters looked confused again. The professor continued, “Let’s dig a bit deeper into this. Both of you like sketching. So you are ­creative people. Right?”

"So let’s look at careers that require creativity, but also have enough employment opportunities. Take design, for example. It’s a rapidly growing profession, and there are some great design institutes in India. Or even architecture, which needs a lot of creativity, and has lots and lots of employment opportunities. So rather than looking at fine arts, where you might be stuck after your course, look at options such as these. Of course, if you are clear that you want to pursue fine arts, and are determined to make a go of it, great. Go ahead.”

Once again that made sense, and the two youngsters nodded. But then the second girl piped up, “Sir, you have spoken about doing something that we want to do. But what if we don’t know? I have no idea what I want to do, and the various uncles and aunts I meet only confuse me further.”

The professor spoke to the two parents in the room, “You know, I believe meeting too many people at this stage can be very confusing. Most people have very strong views, and hearing too many contradicting views can leave the student extremely lost.” Then, turning to the girl, he added, “What you are facing is a very, very common problem (at which the girl seemed rel­ieved). Most students have no idea what they want to do. And when that happens, what should you do?” He looked around expectantly.

“Great answer,” said the professor, and the young girl beamed at the unexpected praise. “Remember, in our country, we have a lot of jobs, but we also have a lot of competition for these jobs. Therefore, a postgraduate or professional qualification always helps—it sets you apart from the crowd. Which means,” and here he dropped his voice to a whisper, “you do not have to decide your future career right now.” Saying this, he stepped back triumphantly and folded his arms, as though waiting for applause.

Of course, the applause did not come, but there was a hushed silence, as the youngsters digested this information. “Let’s take an example. If you do, say, a BCom (Honours), you could do your Chartered Accountancy after that. Or an MBA—and in an MBA you can specialise in virtually anything, from marketing, to finance, to HR, to IT. So, you have effectively given yourself three more years in which to make up your mind. Or, if you do engineering right now, you can continue with engineering, which has great career options, or get into IT later, or do an MBA. So, there are some undergraduate courses that effectively allow you to defer your decision. Obviously, you should not do a course like zoology—that would definitely reduce your options after your bachelor’s degree—unless, of course, you are passionate about zoology.”

By now, the discerning observer would have noticed a certain calming of nerves around the table. Things were getting clearer. But there was still one last question, this time from the fourth young boy who had been quiet so far. “Sir, I would ultimately like to do an MBA. And people have advised me to do a BBA at the undergraduate level. That way, I’ll get a better grounding of management, and it would also help me in getting admission to a good MBA ­institute. What would you say, sir?” The last bit was said rather hesitantly.

“A BBA before an MBA doesn’t add any value. Also, management requires maturity, and you are too young right now.”

“Oh no, no. Not at all!” the professor said, most emphatically. “Please remember that an MBA is a complete qualification. A BBA before that doesn’t add any value, because you would only be repeating what you’ve covered. Also, management is something that requires maturity, and you youngsters are too young to get into this right now. I’m not saying that a BBA is a bad course—it’s just that it’s a waste when followed by an MBA. Instead, you should go in for something that will add value to your knowhow. Something that you won’t get in an MBA—say, an engineering degree, or even a BCom.”

There was silence in the room. Finally, there was some clarity in the young minds—and the not-so-young ones—present. Smiling with rel­ief, they thanked the professor and walked out. Outside, the summer sun was blazing away, but for a change it actually seemed cheerful to these young, relaxed minds.

Dhruva Nath is a professor at the Management Development Institute, Gurgaon. He previously worked in the IT industry for several years.

A Measure Of Suitability