What If Netaji Came Back?

Had he played his cards well, displayed organisational rigour and ideological flexibility, he may well have become the prime minister of India's first non-Congress government. 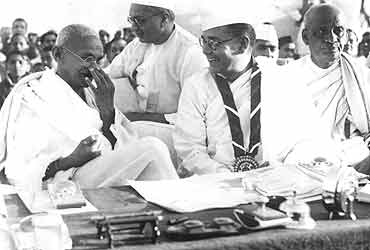 outlookindia.com
-0001-11-30T00:00:00+0553
Among the nationalists who deviated from the path set by Mahatma Gandhi, Subhash Chandra Bose was among the tallest. Although marginalised after his resignation as Congress president in 1939, Bose acquired a legendary status with his escape to Germany and his subsequent emergence as head of the INA in Southeast Asia. Militarily, the INA was an appendage of the Japanese army but politically it symbolised uncompromising opposition to British imperialism. Bose’s intransigence was in contrast to the Congress’ on-off militancy.

Bose’s disappearance in August 1945 was a relief to many. The British were saved the problem of having to try Bose for treason. Had Bose been put on trial, the ferocity of popular reaction would’ve been many times greater than that witnessed during the 1946 INA trials. The implications of a defiant Netaji using the court to posit an uncompromising Indian nationalism would have been far-reaching.

Yet, in 1946, the British had already decided to leave India to "God and anarchy". The primary casualty of Bose’s re-emergence would have been the Congress and, particularly, Gandhi’s anointed leader, Jawaharlal Nehru. Netaji’s jackboots would have become the alternative to both the Mahatma’s charkha and Nehru’s genteel socialism. For the Congress, the absence of Bose foreclosed a monumental challenge which would have reshaped post-Independence politics. In 1946, India was sharply polarised along communal lines, with Hindus backing the Congress and Muslims rallying behind the Muslim League. Bose’s approach to the communal tangle was similar to that of Nehru. First, he saw anti-imperialism as the bond between communities. Second, his faith in a novel blend of National Socialism and Communism involved the creation of a centralised state with centralised planning. He wouldn’t have been sympathetic to Jinnah’s insistence on confederation as the alternative to partition.

The atmosphere of hate was, however, too intense for Bose to have made a difference. The slogan of Pakistan was so appealing, a chunk of INA’s disbanded Muslim soldiers became Jinnah’s new stormtroopers. For all his charisma, Netaji would have been powerless to prevent the march to Pakistan, even in Bengal.

Bose would, however, have counted in independent India. In 1947, the anti-Congress forces were fractured and leaderless. There was a small Hindu Mahasabha, an energetic Socialist movement and a Communist Party that lacked nationalist credentials because of its opposition to the 1942 Quit India movement. In addition, there were Congressmen who were at odds with the conservative Gandhian leadership of Vallabhbhai Patel, Rajendra Prasad, C. Rajagopalachari and G.B. Pant.

The Gandhians would’ve resisted Bose’s re-entry into the Congress, as would have Nehru who perceived a threat to his leadership. This would have left Bose little choice but to organise a radical alternative. He would have attracted the socialists, a few who had gravitated to the cpi and a section of the disaffected middle-classes. Bose would have had appeal in Partition-affected states like Bengal and Punjab too where Gandhism never really struck roots. In addition, he’d have commanded some support among Muslims and in the erstwhile Madras and Bombay states to emerge as the main pole of populist, anti-Congressism in the 1952 polls.

Within the Congress, the threat of Bose would have strengthened the conservative Gandhians led by Patel. A vulnerable Congress, fearful of the Bose threat, would have reached out to the Hindu Mahasabha and the princes to compensate for the loss of the socialists. The regroupment would have added to Nehru’s difficulties.

Nehru would have been left with two choices. Either he’d have to accept his loss of primacy, reconciling himself to being the socialist showpiece of a conservative Congress. Alternatively, he could trigger a split and team up with the cpi (which hated Bose passionately). Indian politics in the 1950s would have become a riveting triangular contest, involving the leftist Nehru, the populist Bose and the Gandhian Patel.

Bose was just 48 when he disappeared. In the normal course, he would have had at least three decades of public life before him. Had he played his cards well, displayed organisational rigour and ideological flexibility, he may well have become the prime minister of India’s first non-Congress government.

Quebrada del Yure 1967 What if Che Guevara hadn't been picked up and shot by Bolivian soldiers?

What If We Were Together?