What If India Hadn't Been Partitioned?

It is a very big 'What if?' and all I can do is to list how the ideals of the leaders might have been worked out, with advantage to all the people of South Asia... 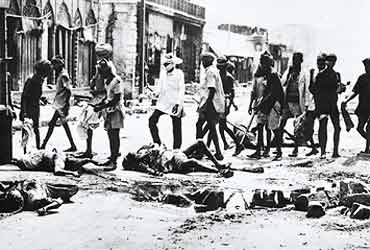 outlookindia.com
-0001-11-30T00:00:00+0553
"I wonder whether you realise," Lord Wavell, the governor-general, asked the Indian people in a radio address on May 17, 1946, "that this is the greatest and most momentous experiment in government in the whole history of the world—a new Constitution to control the destiny of 400 million people." The decision being made, for or against the Partition of India, would, in 58 years, control the lives of the billion and a quarter people of South Asia and for the foreseeable future. Could another decision have been made and would it have been better for that immense population? ‘Could’ means there was nothing inevitable in the decision made in the summer of 1946.

For those of us who believe that history is "the play of the contingent and unforeseen", that no events are inevitable until they happen, and that there are many plausible possibilities in every decision, "What if India hadn’t been partitioned?" becomes the most intriguing of questions.

In the spring of 1946, the Labour government sent out to India the Cabinet Mission, consisting of Lord Pethick-Lawrence, the secretary of state for India; A.V. Alexander, First Lord of the Admiralty; Sir Stafford Cripps, president of the Board of Trade, to see how power could be transferred to an independent India. The mission’s tasks were to convince Indian leaders that the British really intended to leave, to help the viceroy negotiate on the establishing of a constitution-making body or Constituent Assembly and to set up an interim executive council to which power could be transferred.

Prime Minister Attlee’s belief, based, he said, on his experience when he was on the Simon Commission, was that there was a strong spirit of nationalism in India that would override Muslim-Hindu differences, of which too much had been made in both England and India.

The Congress vision of independent India, as enunciated with passionate vigour by Nehru and others, was of a united India encompassing the British Indian empire, with a strong central government and relatively weak provinces. Adherence to Hinduism or Islam was not to be the basis of citizenship but adherence to a united India, although the Cabinet Mission’s own documents, it may be noted, are full of references to Hindus and Muslims, implying that these religious categories defined primary identities and loyalties.

The Muslim League’s vision, much less clearly defined by Jinnah, was for the provinces with a Muslim majority to be central to a homeland for Muslims, with a weak central union government or, not always unambiguously stated, a sovereign state of Pakistan. In other words, at this stage Pakistan was not a non-negotiable demand. Reading the documents, one is struck at how seldom it was recognised that the two parties—the Congress and the Muslim League—had rival political agendas, based on a struggle for political power, not on Hinduism and Islam.

The Cabinet Mission did not bring a proposal for the structure of the devolution of authority, but after weeks of inconclusive, frustrating discussions with the leaders of the Congress, the League, and many other Indians, they offered two proposals on May 8, Scheme A and Scheme B. Scheme A was the one the mission and the British cabinet preferred.

Scheme A envisaged a unitary India, consisting of British India as a loose federation, with a central legislature charged primarily with defence, foreign affairs, fundamental rights, communication, and the right of taxation for funding these purposes. Remaining powers would be vested in the provinces. The Union Legislature would be composed in equal proportions from the Muslim-majority and Hindu-majority provinces and the Indian states.

The provinces could form themselves into groups, the Hindu-majority ones into one group, and the Muslim-majority into another, which would have the right to set up executives and legislatures. (How this Hindu-Muslim emphasis must have grated on secularists!) There would be a constitutional provision for the provinces at 10-year intervals to reconsider these terms. This, then, was the three-tier system that was to replace the central government and British India provinces.

The Indian states posed a special problem, since paramountcy could neither be retained by Britain nor transferred to the new government, but the mission reported that representatives of the states had assured it of their cooperation.

Scheme B described a divided India, with the sovereign state of Pakistan comprising the majority Muslim districts of Baluchistan, Sind, NWFP, Western Punjab and Eastern Bengal without Calcutta but with Sylhet district. Impressed by the acute anxiety of Muslims lest they be subjected to a perpetual Hindu-majority rule, they examined with special care the implications of forming a fully sovereign state of Pakistan but concluded they could not advise the British government to transfer its power to two sovereign states. Instead, they recommended the transfer of British power in India to a Union of India, embracing both British India and the Indian states, as described in Scheme A.

The implications of the responses of the Congress and the League to this recommendation have been much debated by scholars. There seems a reasonable consensus that Jinnah and the League gave their assent, but with the insistence that this did not preclude the creation of an independent Pakistan. For Nehru and other Congress leaders, the Cabinet Mission recommendation, with its weak centre and with the right of provinces to opt out of the Union, was an invitation to disunity and destabilisation. It seemed to foreclose the hope of an independent India finding its rightful place in the world, of righting age-old wrongs through programmes of social justice for the poor and oppressed, of creating a secular, democratic nation—in short, the definition of India later enshrined in the Preamble of the Constitution of India as a united, sovereign, democratic, secular, socialist republic.

I would like to suggest that while many of those great ideals have been fulfilled for the Indian people in the India that came into being on August 15, 1947, they might have been more fully realised, not just for India but for all the people of South Asia, had the Cabinet Mission’s three-tier constitutional idea been adopted. It is a very big ‘What if?’ and all I can do is to list how the ideals of the leaders might have been worked out, with advantage to all the people of South Asia.

History cannot be reversed, but the realisation that there was nothing inherently improbable in a very different scenario in 1946 surely helps in looking at South Asia in a different way in 2004.

Peshawar 1947: What if the NWFP had stayed with India, as its assembly had voted in a majority?

Moscow 1985: What if Gorbachev hadn’t become USSR Prez? would Germany have reunited?