This year’s budget showered benefits on a vast majority of Indians. For most taxpayers, a portion of finance minister Arun Jaitley’s speech must have been music to the ears, when he said, “I propose to reduce the existing rate of taxation for individual assessees between incomes of Rs 2.5 lakh to and Rs 5 lakh to five per cent from the present rate of 10 per cent. This would reduce the tax liability of all persons below Rs 5 lakh income either to zero (with rebate) or 50 per cent of their existing liability.” But, the benefits under the personal taxation ended right after this statement

On the flipside, the rebate on tax payable of Rs 5,000 now stands reduced to Rs 2,500 in view of the cut in tax rate for this categ­ory. The move to reduce the tax rate at the lowest level to five per cent has been done to widen the taxpayer base. But, the big shift is towards simplifying the tax filing process for those in the lowest tax bracket with a single-page form, which will remind many of the Saral form of the bygone days. The budget has also introduced a provision where the first-time income tax return ­filer may not face any scrutiny.

Of Things To Come

Cleaning up of the tax anomalies is an ­aspect that this government is serious about­—be it the ending of tax loopholes on which the fixed maturity plans (FMP) floated by mutual funds thrived before July 2014, or bringing in equal lock-in among similar financial instruments, which ens­ured that no single financial instrument unduly benefits from tax lacunae.

Equities are the only asset class that beats ­inflation. The long-term average return from the Sensex is 16 per cent and it is tax-free.

For first-time taxpayers, the assumption that they will be at the lowest tax bracket to begin with is being unfair to young Ind­ians, many of whom enter the job market with salaries that put them in the highest tax bracket. For first-time taxpayers, the minister said there will be no scrutiny in the first year of filing taxes irrespective of the tax bracket they fall in. This brings respite to taxpayers in the five per cent tax bracket, who will be subject to easy tax filing with a single-page tax filing form.

Likewise, to curb false house rent allowance (HRA) claims, in case of payment of house rent exceeding Rs 50,000 a month, it has to be accompanied by a five per cent tax deduction at source (TDS). Deducting TDS on HRA would mean there would be a trail that can be easily examined by the tax department. This measure seems to have been introduced because the earlier requirement of furnishing the PAN number of the landlord while claiming HRA benefits was being misused. This way, the loopholes are being closed.

This budget will change the way you plan your personal finances. The reason for such a change stems from the fact that money in cash in our lives will no more be the same. Mention of near-cash money INS­truments will get louder. Going by the ret­urns one earns from banks in the savings account or even under the fixed deposits, one will be advised to earnestly get into the habit of setting aside money in liquid funds. These are a type of mutual fund, in which you can park the surplus for tax-­efficient gains compared to bank savings. 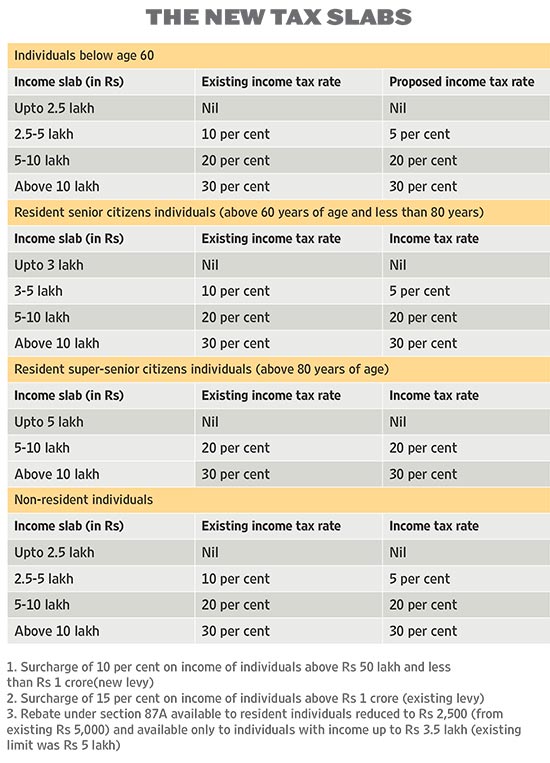 Today, several AMCs have taken advantage of the digital medium, which makes it a tap of a few fingers for you to transfer money from your bank to these funds. Yes, they do not guarantee returns, but ­experience them and you will find that what they offer is more than what the bank pays, and it is tax efficient to boot. Basically, unlike the interest that you earn from the bank savings account, which gets added to your income and is taxed accordingly; the gains from monies in liquid funds do not attract tax.

The near-end of guaranteed return instruments, lower interest rates and higher inflation are all ominous signs of the erosion of money’s worth, if it is not deployed in instruments that beat inflation. One will have to get used to living with the global trend of high ret­urns coming only with high risk. The only asset class that beats inflation is equities and the long-term average ­return from the Sensex is about 16 per cent and it is tax free. This should be seen as an opportunity to not only grow your wealth, but also an option to partake in the economic growth of India.

Similarly, no matter how tempting it looks, do not think of parking your ­mo­ney in financial instruments just to save income tax. Use tax savings as a benefit that will also meet your overall financial needs. Every taxpayer will have additional Rs 12,500 this year because of reduction in tax liability, but what can a little over Rs 1,000 a month change in your life? Prudent investors know the benefit of investing every rupee. You could take a leaf out of their wisdom.

By Preeti Kulkarni and Narayan Krishnamurthy

A Mixed Bag For Social Sectors