What A Nasty Tumble-Down!

A crash like no other. Yet if you question, it amounts to nothing less than treason. 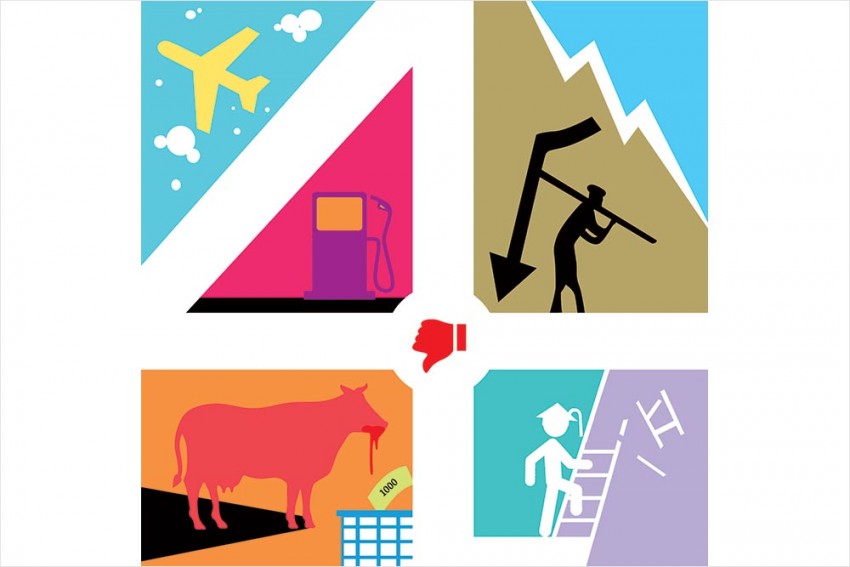 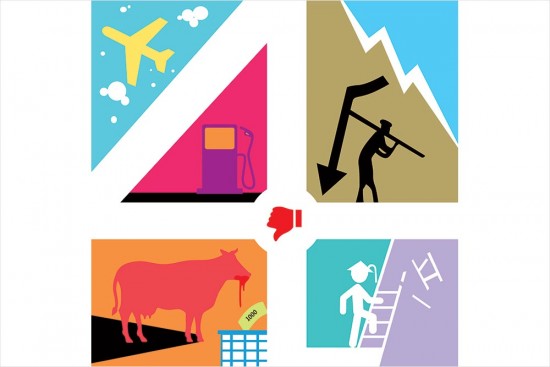 Let me be undiplomatic and, thus, candid: what a downhill toboggan ride it has been for the country since May 26, 2014! The real GDP growth over the past four years, if you discount the statistical jugglery brought about by the change of base year from 2004-05 to 2010-11, has averaged a derisory 5 per cent. The past three years have been the worst in terms of investments by Indian corporates into the economy. There has been a flight of capital with thousands of high net worth individuals opting to become non-residents. Agrarian distress is at an all-time high, with peasant moveme­nts and agitations sweeping across most sta­tes. A Tughlaqi demonetisation, coupled with an irrational GST, has wiped out the informal sector of the country’s economy.

No worthwhile job creation has happened. A government that promised eight crore new jobs in four years did not even create eight lakh new employment opportunities. The International Labour Organisation claims that only 823,000 jobs had been created in India till October 2017; most of it classified as vulnerable employment. An amount of Rs 15 lakh that was promised to be deposited in each person’s bank account in the first 100 days of the Modi government has become the sina qua non of the surreal commitments made during the election campaign. When confronted, the BJP president tried to brush it off as just another jumla. Pakora economics has become the order of the day.

Fuel price rise, farmers’ misery, killings over cow... Social cohesion has been the biggest casualty during the Modi regime.

All this notwithstanding, the government has enjoyed an unprecedented four years of extremely low crude oil prices. Despite that, the Modi administration did not feel it appropriate to pass the benefit onto the common consumers. Instead, it filled its coffers. Why was that money not invested in creating public goods is an inexplicable enigma.

Despite the prime minister’s incessant travels—Narendra Modi has made 36 foreign trips and visited 54 countries in four years—the country’s foreign policy is no better off. He unfortunately disrupted the equilibrium deftly and dexterously maintained by his predecessors between the great and emerging powers. As a consequence, you saw a warming of Russia to Pakistan even at the height of the chest-thumping surgical strikes. The sequential withdrawal from Doklam did not cover the government with any glory. The neighbourhood is bending to the Chinese wind and India’s hegemony in the subcontinent seems to be a thing of the past. Even the United States has hardened its position on trade and visa issues.

The track record of the government on internal security is hardly inspiring. Nothing characterises it better than the mishandling of the Jammu & Kashmir situation. The Election Commission’s inability to even hold a parliamentary byelection in Anantnag now for over a year after postponing it indefinitely on May 12, 2017 is the most poignant admission of the ineptitude of our security establishment. The blatant communalisation that worked behind the brutal rape and murder of an eight-year-old girl from a nomadic Gujjar-Muslim community has further undermined the amity in the state. Perhaps sensitive to the reality that the Backerwals have been India’s first line of def­ence, even an otherwise obdurate Gen V.K. Singh was constrained to tweet asking for justice for the little child. The ceasefire agreement between India and Pakistan that came in effect on November 26, 2003 (bringing relief to thousands of innocent villagers along the LoC, IB and the AGPL) has virtually been a dead letter since September 2014.

Social cohesion has undoubtedly been the single-biggest casualty during this government’s tenure. A new language has been inv­ented, whereby critiquing the BJP is tantamount to treason, criticising the government is equivalent to sedition and questioning the establishment is downright blasphemous. Prestigious institutions were labelled anti-­national. The regime has clinically coined an oxymoron called ‘love jihad’, engineered lynchings in the name of the cow protection and a faith reconversion programme labelled ghar wapsi, besides killings of inconvenient and progressive journalists so as to constrict liberal spaces. All this to send a straight message to minorities and the liberal recalcitrant among the majority that a de facto majoritarian state is in existence. Fawning corporate media, especially North Korean elements of the broadcast media, gleefully lent their full-throated support to implement this noxious agenda. Overall, how messy!

(The writer is a Congress leader and former Union minister.)

None Can Halt The March