The former SEBI chairman on the fallout from the Satyam fraud 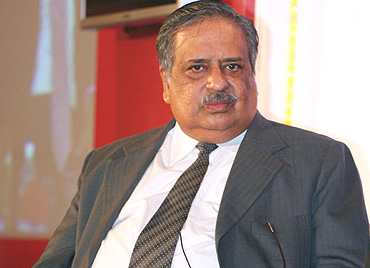 Impact on brand India: We have emerged from frauds before, so this (Satyam) is not something exceptional. I think we love running ourselves down. I don't see an impact on the way the world perceives India just because of this one event. Sure, it is a huge problem and needs to be addressed, but we don't need to push the panic button.

On manipulation of accounts: It's easy to imply manipulation takes place. We don't have audited quarterly accounts, so auditors can't speak in favour of quarterly reports. The half-yearly exercise is not entirely complete. As I've said before, the quarterly system of reporting puts undue pressure on the management to deliver numbers. This could lead to a tendency to try and do financial engineering. The UK has a six-month reporting system, the US three months. It's been a little premature for India to move to a quarterly system.

The short-term impact: Corporates will re-examine their accounts to see if they've slipped up anywhere consciously or unconsciously. I think SEBI's idea to conduct a peer review is a good one. Clearly the focus will be on right audit standards. I think there's a need for rotation of audit firms as well as of routinely changing members on the board of directors. If auditors and directors stay associated with one company for too long, the questioning mind dulls.