We Shall Ignore No More

BHU’s cold denial in the face of girls’ firm resolve 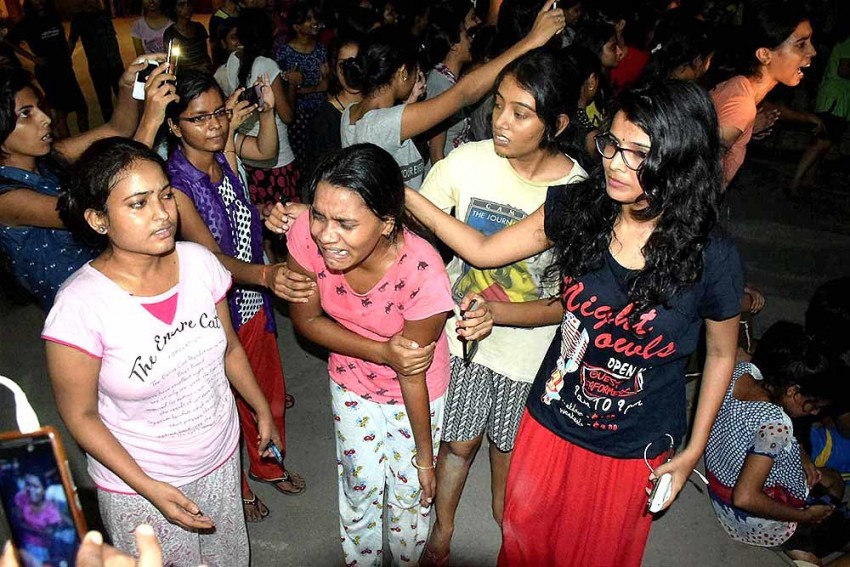 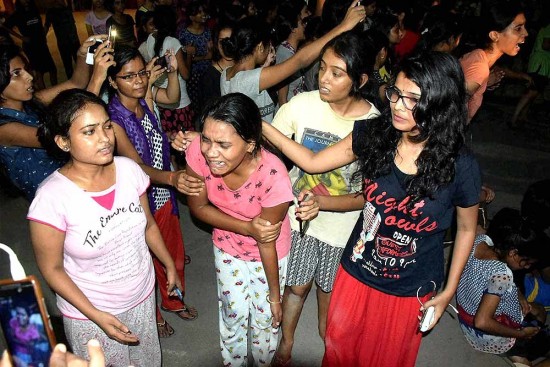 What an irony! The entire Banaras Hindu University (BHU) campus is decorated with idols of Maa Durga—the personification of Shakti as a woman—to celebrate Navratras and Durga Puja. The BHU logo itself has Maa Saraswati. But, there is no point in worshipping goddesses if girls are not honoured or respected and are deprived of their basic rights.

What happened on September 21 was not the first incident of sexual harassment in the prestigious university, ranked third in the country. Lewd remarks and cheap comments are routine. Many girls have been groped and molested. It is a regular occurrence on campus. We had learnt to ignore them and move on. That’s what we were told every time we tried to complain—ignore the perpetrators. Or we were scolded for being outside the hostel. On Holi this year, the girls were locked up in the hostel for two days. Why? Because boys may misbehave!

Every time, without fail, it is the girl who is blamed if she raises her voice. Be it for her clothes, for stepping out, even for her behaviour. The warden, proctor and now the vice-chancellor want to escape from their responsibility of making the campus safe for girls and, in the process, end up blaming the victim.

A false political colour was given, protestors called ‘anti-national’. Is seeking safety an anti-national act?

This time, the victim, a girl from the Arts Faculty, refused to ignore. It all started with three motorists groping her when she was returning to the hostel from the college around 6 pm on September 21. They stopped her bicycle and molested her near Bharat Kala Bhawan and fled. It was dark. The girl couldn’t note down the vehicle number. When the girl complained to the proctor, seated just 100 metres away, she was scolded for being outside after 6 and even criticised for the clothes she was wearing—kurta and leggings. Later, when she got to know of the incident, the hostel warden said, “You girls never take care of your security.... You can’t expect us to monitor you every time.” The chief proctor and the warden arrived at the Triveni complex around 8.30 pm and scolded the girls who were returning, instead of acting on the victim’s complaint.

Amid all this, as the authorities were mulling reducing the in-time for girls from 7.45 pm to 6 pm, the victim fainted. Hostel inmates gave her first aid. There was talk of expelling the girl. The solidarity that ensued was spontaneous.

That night, girls protested against the authorities’ attitude and their inaction. All girls from the Triveni Complex reached the BHU main gate at 6 am next day; many boys also joined in. The victim shaved her head to condemn the act. There was a complaint letter addressed to the vice-chancellor.

The girls’ demands were basic—install CCTV cameras throughout the campus, increase security, proper lighting on the campus and enough powers to security to take immediate action on complaints of molestation, or eve-teasing, as our V-C chose to differentiate. The protest continued for 36 hours. When the V-C failed to turn up, some students went to his residence. That is when the police resorted to lathicharge, though there was no violence by any of the girls. Tear gas shells were also used, but the girls refused to budge without meeting the V-C. Many girls were injured; some had severe head injuries and had to be rushed to hospital. Dussehra holidays, which were supposed to start from September 28, were advanced to the 25th. Girls who were staying at the hostel were forced to leave. Power and water supply only to girls’ hostels were discontinued.

The students’ demands are genuine. All they want is a safer campus. Will stricter curfew timings for girls, restricting the kind of clothes they wear help? It is sad that all this happened when the honourable prime minister visited his constituency and changed his route, instead of listening to students. A political colour was unnecessarily given to the entire inc­ident and the protesters were called anti-­national. Is seeking a safe environment in an educational Institution an anti-national act?

This gender discrimination has been happening for long. Be it the in-time for girls or the mess rules. Boys are charged per meal, whereas girls are charged per day. Girls can take a maximum of five days off from the mess, but there is no such limit for boys. The clubs in each of the faculties of the University have never had a girl as president, even if a girl is des­erving. We don’t want the V-C to quit. We simply want him to listen to us and sort out the long-standing issues.

(The writer, who did not want to be named, is a management student of Banaras Hindu University)