‘We Only Postponed The Day Of Reckoning’

In a rare interview, the emeritus professor of economics at the JNU speaks on the state of the economy 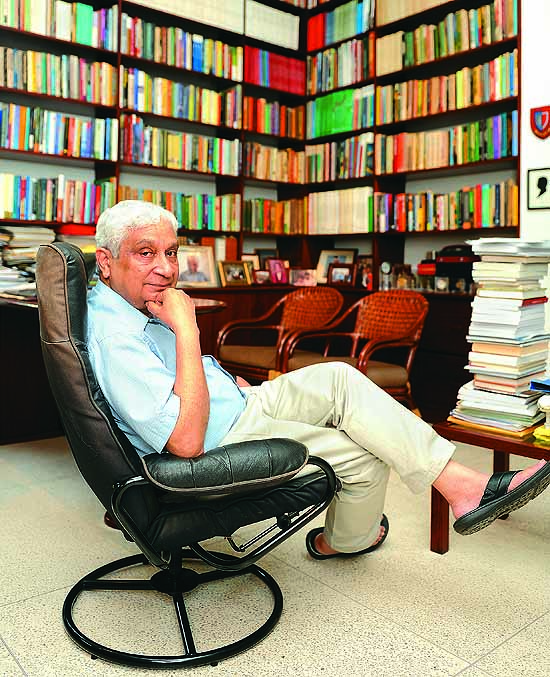 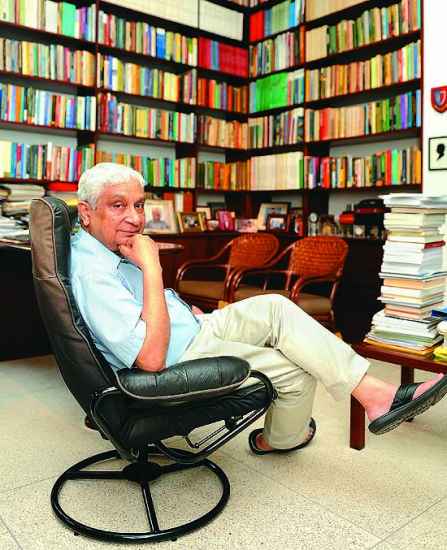 Economist-cum-technocrat Deepak Nayyar is viewed as an influential observer of the economy and a selective critic of liberalisation. He was the chief economic advisor to the government during the tumultuous period between 1989 and 1991, when India negotiated with the International Monetary Fund. In a rare interview, Nayyar—emeritus professor of economics at the Jawaharlal Nehru University in Delhi—took questions from Sunit Arora:

Professor Deepak Nayyar: We are indeed in a crisis. In the past three months, confidence has been strongly undermined. India’s balance of trade deficit (10 per cent of GDP) and current account deficit (4.8 per cent of GDP) are both at levels that are unsustainable in terms of fundamentals. If you compare this with the past in India, or the present in other emerging economies, you would recognize how serious the situation is. It is as clear as daylight that we cannot continue to live beyond our means year after year.

But why has the mood shifted from abject despair to seeming euphoria?

The panic lifted when US Federal Reserve Chairman Ben Bernanke announced in mid-September that he was going to defer the progressive withdrawal of quantitative easing. It was not the magic wand of Raghuram Rajan at RBI that stabilized the rupee It was this exogenous event in the US! Essentially, the problem lies in our flawed strategy of using foreign (portfolio) investment inflows to finance the current account deficit. Given this approach, we must be prepared to accept the ebbs and flows of global finance. However, we cannot claim we are victims of global finance. Of course, most emerging economies were hurt by Bernanke's decision. But we chose this path. And our fundamentals are distinctly worse

What do you think is an appropriate value of the rupee?

The rupee was somewhat over-valued at Rs 55/$ . We have had high inflation for three years, much higher than in the outside world. Hence, this needed to be corrected. But the sinking to Rs 70/$ was too much of a correction. Clearly, there is no assurance the rupee will remain at current levels of Rs 62/$. When the Federal Reserve Board meets next, it is almost certain that they will announce a phased withdrawal of quantitative easing. There could then be a repeat performance of capital outflows from India. It is simply a matter of time. We have only postponed the day of reckoning.

The government continues to insist that we don’t need to go to the IMF.

"It would be prudent and wise to explore seeking an arrangement with the IMF—even if this cannot be in the public domain for obvious political reasons.”

The government cites two reasons for their comfort: the exchange rate has stabilized, and foreign exchange reserves at $275 billion are large enough. The exchange rate could slip again. And the comfort implicit in these reserves is illusory. Simply put, short-term debt and liabilities that can be withdrawn on demand are much larger than our reserves. The private corporate sector has to repay $ 170 billion before end-March 2014. And the outstanding stock of portfolio investment is much larger. If there were to be capital flight, just as we had in 1990, the reserves would vanish—and vanish quickly. In the past, many countries in Latin America, East Asia and elsewhere have lost more than $100 billion of foreign exchange reserves in a fortnight during financial crises.

It is important to recognize that the IMF simply does not have the resources to finance such large current account deficits let alone combat capital flight. But the IMF is a lender of last resort. Its imprimatur tends to stabilize confidence in international financial markets. The government must recognize that the present situation is at least as serious, if not worse, than what it was in 1990-91. In these circumstances, it would be both prudent and wise to explore the possibilities of an arrangement with the IMF, even if this cannot be in the public domain for obvious political reasons. The government must recognize that terms are always better before a crisis implodes, and always much worse thereafter. Obviously, this would be a back-up plan, tactical rather than strategic, should the need for contingency finance arise. The government must also explore alternative emergency financing possibilities such as swap arrangements with other central banks.

How would you rate the UPA’s management of the economy?

The macro-management of the economy during the tenure of UPA-II leaves much to be desired. The management of the balance of payments situation has been poor. This problem, which has been building up for three years, should have been addressed much earlier—with the same urgency as the government is doing now. The early warning signals were all there but were quietly ignored.

If you were Chief Economic Advisor, what would you have advised the government?

The irony of my life is that, in the late 1980s, I wrote about the macroeconomic crisis to come, but I was at the epicentre trying to manage it when it surfaced (in 1990-91). If I had any association with the government, starting 2009, I would heard these alarm bells. For one, I would have begun to act on accelerating rates of inflation. For another, I would have done something to ensure that the balance of trade deficit, hence the current account deficit, did not climb to these unsustainable levels. These problems did not surface overnight. For more than three years now, inflation has been gathering momentum and the balance of trade deficit has been rapidly ballooning.

Why hasn’t the UPA been able to tackle persistent and high inflation for the past three years?

“I am opposed to Raghuram Rajan’s plan to allow global banks to buy Indian ones. Banking plays a critical role in countries latecomers to industrialisation.”

I think that both the diagnosis and the prescription of the government on inflation has been wrong. The government has simply raised interest rates time and time again. This has ended up stifling domestic investment. But it has done nothing to combat inflation. Hiking interest rates would moderate inflation if rising prices are driven by excess liquidity. But when inflation is driven by supply-demand imbalances, adverse expectations, or segmented markets, monetary policy cannot address the problem. It is no surprise that it has not. Indeed, theory and experience both suggest that, beyond a point, raising interest rates does not combat inflation, just as lowering interest rates cannot stimulate investment. The persistent inflation has hurt people most of whom do not have index linked incomes. Come election time, this resentment will translate into a protest by voters against incumbent governments, wherever they are, because people hold governments accountable for inflation. The real problem now lies in the credibility of the government, now much diminished, because that is what shapes confidence, perceptions, and expectations. It is possible—although as a citizen I sincerely hope it does not happen—that markets might decide, without waiting for the people to decide at election time. If a macro-economic crisis does surface before the election, then markets would have decided on the economic performance of the government even before the people have had an opportunity to do so.

So you feel the crisis could re-appear…?

It is possible. It serves no purpose to be alarmist. Yet, it is important to be a realist. I do not see any evidence of a real turnaround, at least so far, on any of the criteria—trade deficit, current account deficit, inflation, savings, investment or growth—that shape underlying fundamentals. The only silver lining is the good monsoon. The paradox is the skyrocketing prices of food in what seems to be an abundant monsoon. The depreciation of the rupee is going to compound the problem. Imports are 25 per cent of GDP so that a 10 percent depreciation directly pushes up the wholesale price index by 2.5 percentage points, while indirect pass-through effects could add a further 1 plus percentage points.

Shifting tracks, what is your view on Raghuram Rajan’s statement on recasting norms for allowing international banks to buy Indian ones?

My view is clear. I am opposed to it. I would wish to exercise strategic control in the banking sector as it has a critical strategic importance in countries that are latecomers to industrialization. Evidence available for the past ten years, which reveals a significant decline in the share of manufacturing in GDP and in employment, suggests that there is a danger of de-industrialization in India. I would argue that the time has come for India to think of strategic industrial, trade and technology policies. There is no country that has industrialized without strategic forms of intervention. The fetishism about liberalization is overdone. It is a means of increasing the degree of competition in the economy. But its pace and sequence must be calibrated. We cannot lose sight of the ends. Industrialization is an imperative because that is our potential comparative advantage.

What is your view on the corruption scandals around the allocation of scarce natural assets?

As a concerned citizen, I can only express anguish and anger at such a blatant sharing of the spoils between the state and some corporate entities. The metaphor , crony-capitalism, is an apt description. Public Private Partnerships (PPPs) are just rhetoric. For one, there is so little progress. For another, it might simply socialize the costs and privatize the benefits. Where is it going to lead us, say in infrastructure?

Finally, where do you weigh in on the Amartya Sen versus Jagdish Bhagwati debate?

I followed the debate, but it is a red herring that poses false dilemmas. Both are concerned with outcomes—growth or equity—but neither is concerned with processes, which requires thinking about transition paths or journeys to the destination. Most importantly, we need growth with equity. Is it possible for us to promote growth when you have a State that is incapable of regulation? Similarly, is it possible for a state that cannot deliver even basic public services to implement good redistribution programmes? Efficient markets need effective governments.