Karanveer suffers from Duchenne Muscular Dystrophy (DMD), a genetic disorder that causes deterioration of muscles and eventually affects organs such as the heart and lungs. 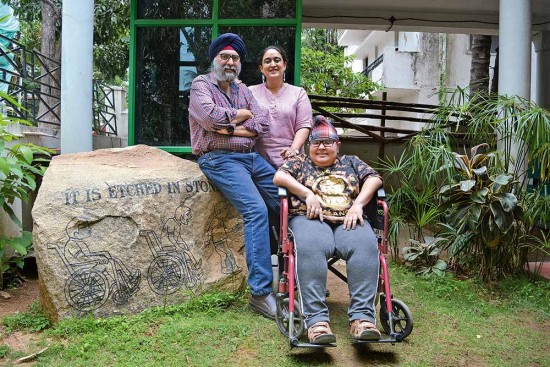 Karanveer is excited about going to ­college next month. Two months ago, the 18-year-old passed the 12th standard CBSE examinations with 94.8 per cent. His successes haven’t come easy as he suffers from Duchenne Muscular Dystrophy (DMD), a genetic disorder that causes deterioration of muscles and eventually affects organs such as the heart and lungs. The symptoms started showing when Karanveer was two. “He was having problems getting up from the floor. We got a muscle biopsy done and it turned out to be DMD,” recalls his father, Ravdeep Singh Anand, a Bangalore-based businessman. There’s no cure yet for DMD.

From the age of five, Karanveer has been on steroids. “That’s what’s keeping him going,” says Anand. Fifteen years ago, Anand and his wife Movin were hopeful that something would emerge from the global research into treatments for DMD. “My son was growing older, the problems were getting bigger and nothing was coming. I started wondering why,” he says. The search for answers led Anand to Prof Steve Wilton of Murdoch University in Australia, who was pioneering a technique for dystrophin exon-skipping—the beginning of a remarkable endeavour by a parent to save his son.