DCW Chairperson Swati Maliwal talks about her dream to make Delhi a place where no brothel should have minors and no woman must be trafficked... 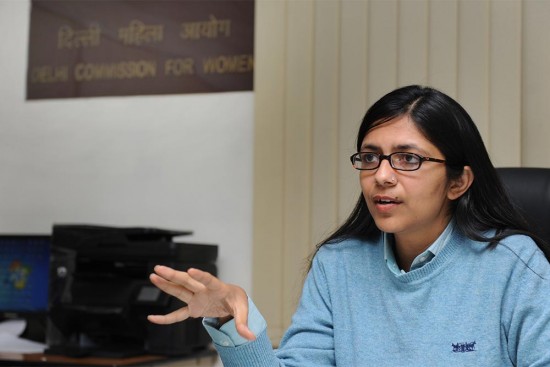 As a statutory body tasked with ensuring the security of women in the national capital, the Delhi Commission for Women (DCW) is working towards a scenario where no brothel should have minors and no woman must be trafficked. Swati Mali­wal, who took charge of the organisation in end-July 2015, speaks to Anoo Bhuyan on how she is striving to catalyse the mission despite odds.

Delhi’s GB Road red-light area was one of the first you chose to work on after taking charge of the DCW. Why?

As an activist, I have been visiting GB Road and have seen the pain and the immense exploitation of its women. Ending it all and rehabilitating them became my priority on joining office.

How does DCW plan to end prostitution? Is the demolition of the brothels your main agenda?

It’s two-pronged: end prostitution and rehabilitate the victims. We have written many letters to the government to re-ener­gise the state anti-trafficking committee, to put in place a scheme for reha­bilitation. There is no way a red-light area can function without active connivance of politicians and authorities. It’s an  industry worth thousands of crores (of rupees).

Which bodies need to come together to tackle this?

The work has to be done by the police and the MCD, and to some extent, Delhi government. The commission is a recommendatory body; we can act as facilitator and catalyst and put pressure, but we can’t ourselves shut these brothels.

What should each of these bodies do?

No brothel should have minors, no woman must be trafficked. Police need to find out the real kingpins. The DCW’s pressure prompted the police for the first time to identify a brothel-owner last year. MCD needs to get active...