Home  »  Magazine  »  National  » Interviews  » interview  »  ‘We Had Lost Touch With People, But Have Re-Established It’

‘We Had Lost Touch With People, But Have Re-Established It’ 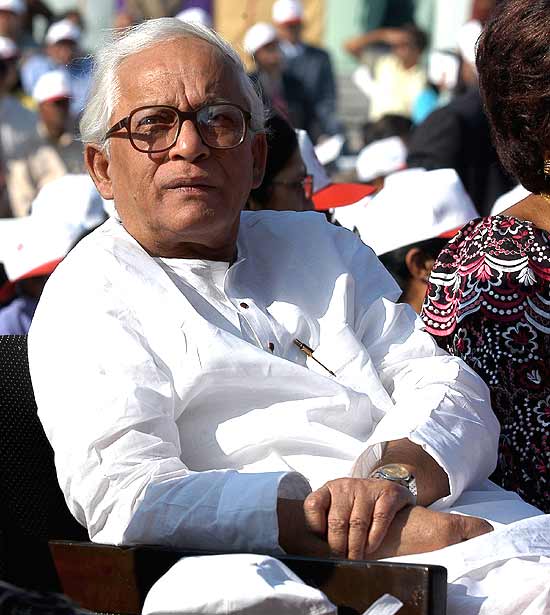 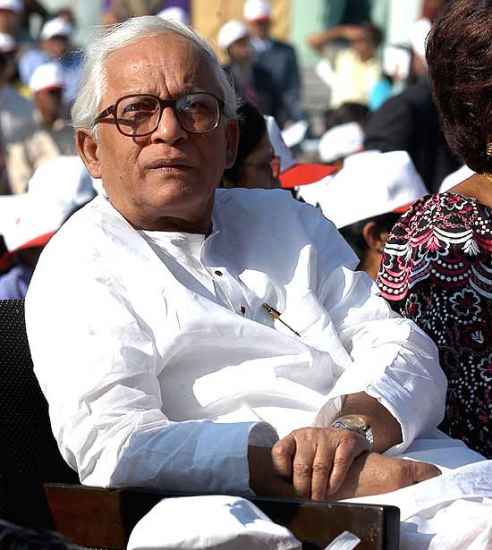 After the Left Front suffered a crushing defeat in the Lok Sabha elections of 2009, and then in the municipal elections of 2010, the forecast was that the Trinamool Congress would sweep the assembly polls of 2011. In two years, however, the Communists appear to have recovered some ground and the mood in the Left camp, which had hit rock-bottom post-2009, is more upbeat. The most significant testament to the CPI(M)’s renewed confidence is the vigorous campaigning by chief minister Buddhadeb Bhattacharya. Excerpts from an interview with Dola Mitra, who travelled with him on the campaign trail:

Isn’t Mamata Banerjee a force to reckon with?

A state government cannot be run on whims and fancies. What are the policies? What are the plans? There have to be strong indications of sound governance. Promises such as ‘Calcutta will be turned into London and Darjeeling into Switzerland’—these are unlikely to impress the intelligent voters of West Bengal.

How many seats will the Left win?

It is difficult to assess that right now. But we are confident that we will have a comfortable majority.

How will the turnaround happen?

We have realised our mistakes and we have apologised to the people for these. If you go to rural areas, you can witness the difference in the lives of the poor peasants there. They have come a long way since pre-1977 days in terms of land, literacy, health, education etc.

What were your mistakes?

We’d lost touch with people at the ground level. But we have re-established it.

You have been apologising to the people for Nandigram and Singur, but do you really think the electorate will forgive you?

I am sorry about what happened and I have said so. But the way that the media, including your magazine, reported on Nandigram is not the way that it happened. The Left Front has suffered because of this.

“We only wanted to set up a chemical hub in Nandigram and had notified it. But the opposition seized the chance and stirred up a rebellion.”

Can you tell us what really happened in Nandigram?

We were merely considering building a chemical hub in that area. And the people had been notified to that effect. The opposition found in this an opportunity to incite suspicion against the government. They stirred up a rebellion, even bringing in armed Maoists to help them. Subsequently, lawlessness prevailed in that area: roads were dug up to prevent anyone from entering Nandigram, there was no administration in that area for nearly three months. The police was sent to Nandigram to contain the situation, and not to forcefully grab the land of the people against their wishes.

Who gave the orders for the police to fire on the people?

The job of the police was to control the unruly mob, which had unfortunately been made to believe that the government had sent forces to snatch their land. That was not the case.

“In Singur, most people gave up their land and were happy with the compensation. We were reasoning with the rest, but the opposition spoilt it.”

What about the unrest in Singur?

In Singur, 90 per cent of the people gave up their land willingly and were provided adequate compensation, with which they were satisfied. We were also negotiating with the remaining 10 per cent, but again the opposition stoked the fire of rebellion, inciting unrest against the government.

These are the key issues which turned the people against the Left. Are you saying both were nothing but creations of the opposition?

The killing of innocent people (in the firing) should never have happened and we are sorry for that. But the circumstances under which it happened were not a creation of the West Bengal government but that of the opposition.

If that was the case, why didn’t the government try to clarify this?

We did try to clarify things. We held press conferences and also conducted interviews but, by and large, the press has been with the opposition.