Karunanidhi comes out in support of cornered Marans 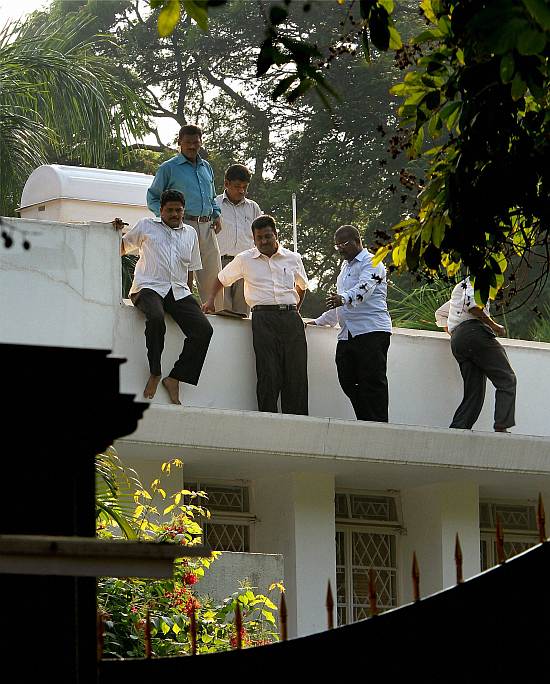 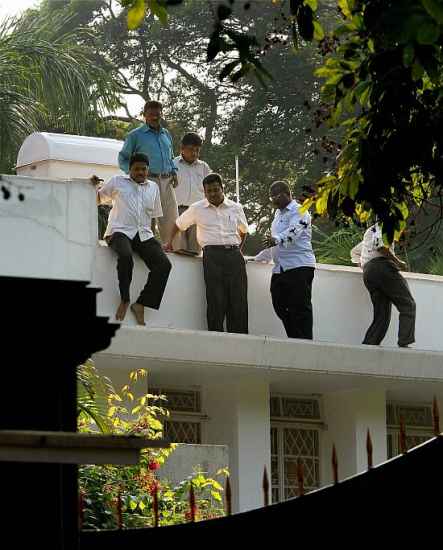 Contrary to the rumours floating around in Chennai, DMK patriarch Muthuvel Karunanidhi hasn’t given up on his embattled grand-nephews, the Maran brothers, as yet. Perhaps to reinforce the fact, he even issued a belated statement on October 11 saying, “They (Dayanidhi and Kalanithi Maran) are like my sons and my support to them to face up to the situation arising out of the raids legally will always be there.”

The DMK leadership has been preoccupied with the assembly bypolls in Trichy (West) on October 13 and the local body elections on October 17 and 19, so the raids at the house and offices of Kalanithi, CMD of Sun Network, and ex-Union minister Dayanidhi in the 2G spectrum scam didn’t create much of a ripple. (In contrast to the CBI action on ex-telecom minister A. Raja and Karunanidhi’s daughter Kanimozhi, which had created a debate within the party on snapping ties with the Congress at the Centre.) Part of the reason also is that Dayanidhi Maran, although a DMK member, and his brother Kalanithi are widely perceived as “arrogant” and aloof by the party cadre.

Karunanidhi has long done the tightrope walk to balance the love-hate relationship his family has with the Marans.

Karunanidhi’s son M.K. Tamilarasu, a businessman, was the only family member with Kalanithi at the time of the raids. There were media reports that when Karunanidhi, who was in Trichy campaigning, was told of the raids, he merely “smiled slyly”. Even DMK leader T.R. Baalu distanced the party from the raids, saying, “The case is about their business transactions. There is nothing political about it.” While nobody expected the Kalaignar’s elder son, Union minister M.K. Azhagiri, to jump to the Maran brothers’ defence (they have a history of bad blood), even ex-deputy CM Stalin, supposedly close to his cousins, preferred party over family.

Karunanidhi had in his statement denied that his protest was half-hearted. “I do not want to politicise these things, but some media and vested interests have magnified these and stated that I have ignored the raids. These reports have mentally hurt me.” However, even here, he couldn’t resist being a wee bit sarcastic, “As the Centre says it does not interfere in the CBI’s activities, I am not inclined to comment.”

Meanwhile, a party insider told Outlook that “sending Tamilarasu to the Marans’ house was Karunanidhi’s way of sending out the impression that the family supported them”. Tamilarasu has no political credentials, hence the general perception that Karunanidhi and the party had deserted the Marans. So with the statement the day after, Karunanidhi did the tightrope walk he has long undertaken to balance the love-hate relationship towards the Marans his family harbours.

CM Jayalalitha though wasn’t as coy, calling the CBI raids an eyewash. “We do hope something will come of these raids, but it seems to be an exercise in cheating the public,” she said, adding that it was difficult to imagine that the Maran brothers “would still keep incriminating documents at their residences”. However, as political analyst Gnani says, “Physical evidence (a reference to the 323 telephone lines rigged from Dayanidhi’s residence to the Sun TV office that beamed lakhs worth of data free) cannot be erased.”

The party is now looking to the local body elections to recover some face from the ignominy of getting only 23 of the 119 seats they contested in the assembly polls. The task looks tougher with every passing day.