We Are All Thackerays

His perverse ‘identity’ politics is pervasive, it’s the new normal 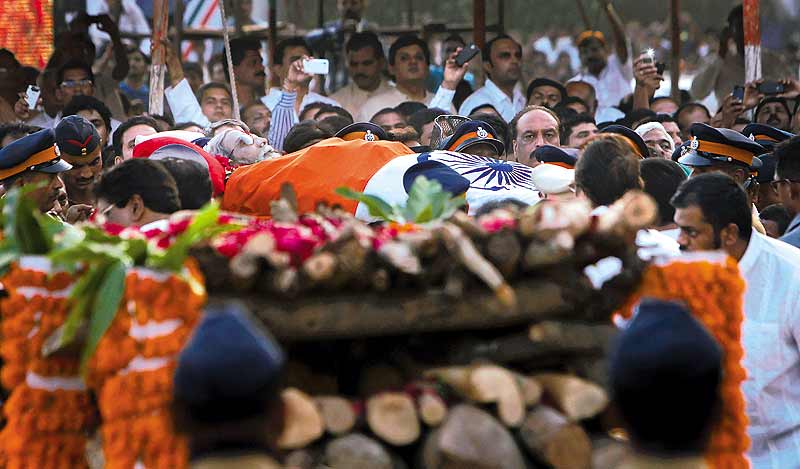 Two days after Bal Thackeray’s death on November 17, it was obvious that his toxic legacy would continue to haunt Mumbai, proving unrealistic the hope that his passing could serve as a moment of catharsis for this scarred, if resilient, city. Thackeray might well himself have scripted the events that followed his death. Even while the Shiv Sena insisted that it had not called a bandh, the city voluntarily shut down in fear of the anticipated wrath of the party. On November 19, the Mumbai police, at the behest of Sena leader Bhushan Sankhe, arrested a 21-year-old Muslim girl, Shaheen Dhada, for a Facebook post in which she questioned the right of the Sena to force the city shut and drew attention to the contradiction in threatening people into showing respect. They also arrested her friend Rini Srinivasan for responding to Dhada’s post with a ‘Like’ on the site.

Business as usual, as anyone who has lived in Mumbai would know. And yet, if one were to take at face value the reactions of Indian mediapersons, politicians and celebrities to Thackeray’s death—public, conspicuously visible even, performances of grief alloyed with generous lashings of love—one might be forgiven for believing that they were talking about an entirely different person altogether.